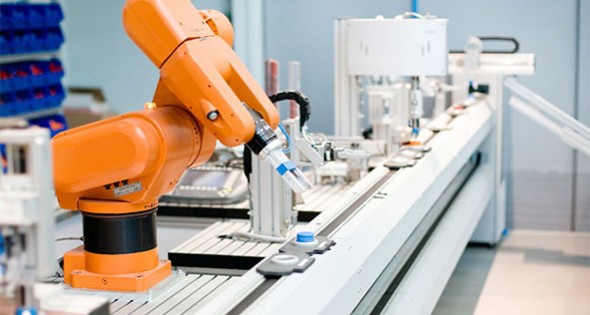 Faster evolution of technologies is changing all manufacturing, large and small

While the big corporations use the newest advanced manufacturing machines and techniques in their production process, there are new ways for smaller companies – even individuals – to make their own customized products because of the power of advanced technology.

Take for example Bug Labs. The company makes hardware components that an inventive person can use to design and build their own customized electronics. 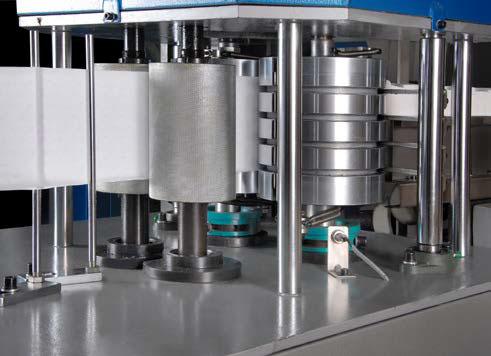 It’s part of a process called mass customization – using mass production technology to produce devices in smaller quantities, essentially a way to enable small businesses to get into whatever manufacturing business they want to without spending money on equipment, manufacturing facilities and everything else that goes into taking a product from blueprint to market.

The idea for the company came from Peter Semmelhack, founder of Bug Labs in April, 2006, and a founder of the open source hardware movement, who saw how the economics of creating products in a large advanced manufacturing process was stalling and at times slowing down the progress of innovation because of heavy capital costs and research and development expenses.

Semmelhack’s business was based on what he discovered about the usual path of an innovative product – that it takes years to go from concept to market, and would only be developed after market research guaranteed that it was something a consumer wanted. Then that product would go into mass production in a factory with million-dollar-plus fabricating machines and other large capital investments.

He offered a platform – hardware modules that designers can use with open source software to design and manufacture their own products without the need to go into mass production, something that most manufacturers have to do to pay for the overhead and capital required by most large manufacturing operations.

End of the assembly line.

Today, engineers and system programmers are working to get rid of the entire assembly line setup that has been used since Henry Ford introduced it in 1913. “The assembly line is not your most important asset,” Jonathan Van Wyck, partner and managing director at the Boston Consulting Group (BCG), says. “Your most important asset are your people and the machines that are building that automobile.”

An Audi OEM car manufacturing operation in Germany, for example, has been testing and evaluating an automated guided vehicle-based (AGV) system process, where robots are programmed to do tasks such as pallet handling or finished product movement, using various types of directional sensors for traffic control in a cellular manufacturing system.

A car moves from cell to cell based on an algorithm, instead of every car following the same path as they do in current assembly line operations. “In the past five years, a lot of emphasis has been on digital information and advanced manufacturing,” Van Wyck, says. “But the conversation is shifting to extending this ‘digital thread’ throughout the operations, to include digital operations as a more holistic strategy.”

This strategy includes consideration of such things as how to rethink product design and engineering, how to manage and flag risks in the supply chain and forecast better, how to re-evaluate manufacturing in the plant, and then connect data across all of those steps. “The conversation needs to happen now to shift to that because we are starting to build the data links that sort of cross those individual functional silos,” Van Wyck says.

With all of this Internet of Things (IoT) digital analytics growing in advanced manufacturing, are we getting to the point where we will be seeing machines that can build machines?

“I think the first step in that journey that is more realistic is the self-correcting factory,” Van Wyck says, “where through analytics and connectivity and the IoT, machines are learning from the environment around them, and the failures that are happening, while at the same time, humans are using that data to accelerate continuous improvements at a level that is more dramatically different than today,” he says. “I think the idea of a self-correcting, assembly-line-free AGV-driven system that is optimized for the machines and people working together, acting in real time, is something that is really exciting from my perspective.”

He says that he thinks there is a longer term opportunity to go to a ‘lights-out’ concept (fully automated manufacturing requiring no on-site humans), but that is still 20 or 30 years away. “We do have a lot of automation studies where we are typically able to find another 30 percent reduction of human intervention based on either technology now or technology that will soon be available,” he says. “But getting to 100 percent, or even 80 percent, reduction of the labor force today is not feasible.”

Testifying before the Senate Committee on Banking, Housing and Urban Affairs in 2013, Suzanne Berger, co-chair of The Innovation Economy Commission at the Massachusetts Institute of Technology, said that the danger is that as U.S. companies shift the commercialization of their technologies abroad, their capacity for initiating future rounds of innovation will be progressively reduced. “That’s because much learning takes place as companies move their ideas beyond prototypes and demonstration and through the stages of commercialization,” she testified. “Learning takes place as engineers and technicians on the factory floor come back with their problems to the design engineers and struggle with them to find better resolutions; learning takes place as users come back with problems.”

Even though the U.S. share of world manufactured output has held fairly steady over the past decade, Berger testified, economists have pointed out that this reflects good results in only a few industrial sectors. “And even in those sectors, what appear to be productivity gains may be the result of underestimating the value of imported components.”

A close look at the composition of a worsening trade deficit shows that even in high-tech sectors the U.S. has a deteriorating picture. “While the output of U.S. high tech manufacturing is still the largest in the world and accounted for $390 billion of global value added in high-tech manufacturing in 2010, U.S. share of this world market has been declining, from 34 percent in 1998 to 28 percent in 2010, as other countries made big strides ahead into this market segment.”

Examples of outsourcing technology diminishing the country’s competitiveness were cited in an article in the Harvard Review, “Restoring American Competitiveness”, written by Harvard professors David Pisano and Willy Shih. “Among these [outsourced technologies] are such critical components as lightemitting diodes for the next generation of energy-efficient illumination; advanced displays for mobile phones and new consumer electronics products like Amazon’s Kindle e-reader; the batteries that power electric and hybrid cars; flat-panel displays for TVs, computers, and handheld devices; and many of the carbon fiber components for Boeing’s new 787 Dreamliner.”

Equally alarming, the authors noted in the article, is the U.S.’s diminished capacity to create new high-tech products. “For example, nearly every U.S. brand of notebook computer, except Apple, is now designed in Asia, and the same is true for most cell phones and many other handheld electronic devices.

“We must recognize that the capacity to undertake advanced process engineering and complex manufacturing is as important to continued innovation as are strong universities and a robust venture capital industry,” the authors concluded. “Only by rejuvenating its innovative capabilities can America return to a path of sustainable growth.”

Van Wyck agrees that the U.S. continue to be one of the leaders in research and development when it comes to advanced manufacturing. But the process ends there. “There is a disconnect between the promise and opportunity that everyone sees, and what actually is happening from an implementation standpoint,” he says. “I think companies clearly see the opportunity in using more advanced manufacturing technologies that offer 15 percent lower costs or better product quality benefits or improved productivity, etc. But putting your money where your mouth is, and driving it in a programmatic way to really scale, well, there is a gap.”

He says that BCG is in the midst of doing survey work and found that 80 percent of companies have a strategy for digital operations, but only a third of them have actually implemented it at scale, rolling out to just one factory in their network for example. “That is the big disconnect I see, and it is where I am spending my time trying to understand why that is happening and help companies solve that issue.”