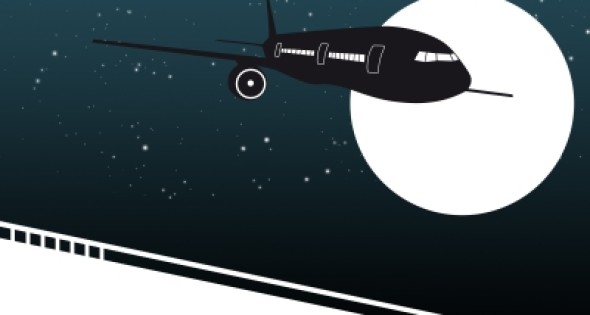 The growth of the industry may be hampered by the impending budget sequestration.

Along with the auto industry, aerospace, aviation and defense form a vital technological backbone of the U.S. economy. Heading into 2013, these sectors are receiving considerable attention at the national level as the Obama Administration and Congress debate fiscal policy. Yet despite uncertain budgets, technical growing pains and increased competition, the growing demand for more efficient aircraft, as well as the widespread digitization of the industry are opening up new opportunities for manufacturers, suppliers and communities alike.

“The U.S. aerospace and defense industry continued to be one of the bright spots in the 2012 economy,” said Marion C. Blakey, president and CEO, Aerospace Industries Association (AIA), in a recent public statement. “Growth in unmanned aircraft systems in our civil air space sector is continuing – for law enforcement, traffic management, forest fire and wildlife monitoring and a variety of other useful tasks.”

“Some sectors of the aviation and aerospace industries are still climbing back from the recession, but the general consensus I see is that the recovery is well in place, especially for rotary wing aircraft,” says Dave McGrath, president and chief strategist, Absolute Marketing & Communications. “For example, MRO activity is up and the EMS and police aviation markets are driving demand, as are booming industries like oil and mining.”

Booz & Co. estimates that the backlog of orders for large, commercial fixed-wing aircraft stands at 8,000 and growing. They also note that new product development is on the rise and the depressed market for business jets is recovering as corporate profits and financial markets improve.

At press time, the issue of sequestration had yet to be resolved. However, it’s clear the stakes are high. Aerospace manufacturing encompasses nearly 3 percent of the nation’s manufacturing workforce, employing hundreds of thousands of Americans in high-skill, high-wage jobs.

Dampening the uptrend is the looming budget “sequestration,” a general cut in government spending, which would trigger automatic annual spending cuts from now through 2021, with approximately half from the defense budget and the other half from non-defense discretionary spending. This would be in addition to the $487 billion in cuts already dictated by Budget Control Act of 2011.

At press time, the issue of sequestration had yet to be resolved. However, it’s clear the stakes are high. Aerospace manufacturing encompasses nearly 3 percent of the nation’s manufacturing workforce, employing hundreds of thousands of Americans in high-skill, high-wage jobs. The Congressional Research Service reports that more than half (61 percent) of the nation’s aerospace industry jobs are concentrated in six states: Washington, California, Texas, Kansas, Connecticut and Arizona, with additional clusters centered in Florida, Georgia, Ohio, Missouri, Alabama and South Carolina.

Across the country, McGrath says, the phase-out of older aircraft is accelerating, resulting in a trickle-down effect. As aging aircraft are sold off, operator demand for maintenance services is increasing, in turn creating new overhaul and repair opportunities in the MRO market.

One of the leaders in this sector is the Corpus Christi Army Depot, south Texas’ largest industrial employer and the largest helicopter repair facility in the world; it serves the U.S. Army which is upgrading its entire fleet of UH-60M Black Hawk and AH-64 Apache helicopters.

“One of the biggest things we do for U.S. Army aviation continues to be the modernization of the fleet,” confirms Col. Christopher B. Carlile, commander, Corpus Christi Army Depot (CCAD). “We’re doing more for our warfighters than we’ve ever done before and we’re doing it with less, thanks to new technology and public-private partnerships with aerospace companies like Sikorsky, GE, Honeywell and Boeing.”

Last fall, CCAD officially opened its doors to military unmanned aircraft with its first Unmanned Aircraft System (UAS) modification program, marking a departure from CCAD’s typical product line of helicopters and their components. If all goes well with the Shadow Tactical Unmanned Aircraft System program, it could mean more unmanned aircraft work for CCAD in the future.

To boost efficiency and help meet such demand, the depot recently began the first of a nine-phase, $300-million renovation project to overhaul nearly all of the facility, much of which dates back to World War II.

In the Pacific Northwest, Washington state continues to be a major force in the aerospace and aviation industries. Boosted by initiatives like the Washington Aerospace Partnership, more than 800 aerospace companies operate in Washington, employing more than 123,000 workers including 6,550 aerospace engineers.

Industry heavyweight Boeing — which predicts global markets will need 34,000 new planes during the next 20 years — continues to be a critical market driver. The company will build its new 737 Max model while increasing production of all 737s at its 225-acre site in Renton, Wash., stepping up projected output from 38 per month in Q2 2013 to 42 by Q2 2014.

In nearby Kitsap County, a long track record of supporting the Puget Sound Naval Shipyard’s specialty manufacturing needs, an active workforce development and a receptive local culture, are allowing Boeing’s key suppliers to ramp up quickly to meet the new demand.

The South Kitsap Industrial Area and local sites at the Port of Bremerton and Bremerton National Airport can meet Boeing suppliers’ specific requirements with 3,400 acres pre-zoned for industrial use, including pre-existing runway and road infrastructure. Land and construction costs are lower relative to averages in the region, and much of the master planning and preliminary environmental work for the site is done or underway.

“We’re quite attuned to Boeing and its suppliers here,” says Tim Thomson, CEO, Port of Bremerton (Wash.). “Even though their corporate headquarters are in Chicago, the company’s commercial HQ has always been here in the Seattle region and it continues to be that way. There are over 400 suppliers in our West Puget Sound area that directly feed into local production.”

Thomson points out that for Boeing’s key suppliers, there is capacity both on-site and in nearby industrial parks and other properties, along with multi-mode transportation access via railways, airport, a highway system and two deepwater ports, which include a designated Foreign Trade Zone. The site is just 18 flight miles from Boeing field, a one-hour drive from Renton and 45 minutes from the SeaTac International Airport.

“Not only does Kitsap County and the city of Bremerton have the highest concentration of engineering talent in the entire region, we have a 100-year history of manufacturing that’s a great fit for aerospace,” says John Powers, executive director, Kitsap Economic Development Alliance. “We understand the defense culture and procurement process and have Boeing Gold suppliers which deliver a quality product.”

One of the issues affecting the future of the commercial sector of the industry is an aging aerospace workforce. Countering this trend in Tacoma-Pierce County, Wash., is the WorkForce Central Manufacturing Academy, a nine-week, 35-credit program designed by local employers to recruit and prepare workers for manufacturing and aerospace careers. Employers hire directly from this talent pool for positions in production, machining, and assembly.

The key to this and other area programs is directly involving local manufacturing leaders and taking advantage of the right talent, says Chris Green, vice president for business retention and expansion, Economic Development Board for Tacoma-Pierce County (Wash.). “We have a large number of military veterans who already have the skills and mindset that’s well-received by industry here,” he says.

“With our connection to the Seattle aerospace market which is known around the globe, I think we’re very well positioned for future prosperity in the industry,” Powers says. “It’s in our culture to innovate and build sophisticated things, so we’ve got something here in Kitsap to offer not just to the region, but to the entire United States and the world.

“We realize that sequestration is a big issue and is going to have some kind of impact, but we see the industry as a whole — both commercial and defense — as having a real bright future,” adds Susan Suess, senior vice president,  Economic Development Board for Tacoma-Pierce County. “Many of our manufacturers here in Pierce County are in growth mode.”

“We don’t yet know how sequestration will play out, but it really needs to be looked at in a strategic manner,” McGrath suggests. “Some companies will downsize, some will exit, while others who’ve already been cutting costs and investing for the future will be ready for the eventual supply gap down the road. Industry clusters where the workforce has serious technical ability and suppliers who can pass along savings to their customers will remain competitive in the aerospace marketplace.”