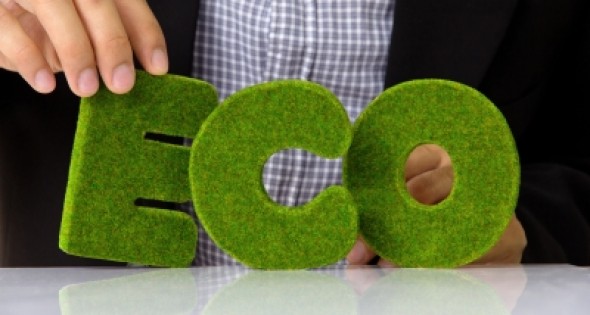 Biofuels have a distinct place in the country’s renewable energy portfolio.

Although bio-based energy has been around for decades, renewable sources of energy from agriculture, forestlands and even reclaimed waste are reaching commercial scale and beginning to impact energy markets. Well-known bioethanol is now being joined by diverse sources that include algae and restaurant grease for biofuels, wood for pellets and organic waste for electricity.

At the federal level, advances in biofuels, bioenergy and high-value bioproducts are being driven by the Biomass Research and Development Initiative (BRDI). A joint USDA-DOE program, the BRDI is aimed at developing sustainable sources of biomass and increasing renewable fuels to help diversify the nation’s energy portfolio. On the legislative front, industry advocates have praised a provision in the Obama Administration’s proposed 2014 budget to permanently extend the Production Tax Credit (PTC) for renewable energy sources.

“The biomass industry welcomes a permanent PTC extension,” said Bob Cleaves, president and CEO, Biomass Power Association, in a recent public statement. “In addition to providing much needed financial support to grow our industry in the form of tax credits, it makes sound investment sense. As the Administration’s overview points out, this credit is cost-effective and will pay dividends to the nation over the long run.”

Historically, the credit must be renewed every few years, which can cause financial uncertainty. A permanent PTC extension would be a major boon to the biomass and waste-to-energy industries, as it would provide the stability and continuity that will help attract private investment for facilities that are proposed or under construction. It also signals greater long-term federal support for the development of renewables.

Pike Research notes that the industry is transitioning to advanced biofuels, making 2012 a milestone year for companies such as KiOR, INEOS Bio and other emerging companies which have commenced commercial production at next-generation biorefinery facilities.

According to the USDA’s Economic Research Service, biofuels accounted for roughly 7.1 percent of total transport fuel consumption as of last year. Corn-based ethanol is by far the most significant biofuel in the United States, accounting for 94 percent of all biofuel production in 2012. Most of the remainder is biodiesel made from vegetable oils (chiefly soy oil) as well as animal fats, waste oils and greases.

Industry analysts expect the global market for biofuels to grow at a Compounded Annual Growth Rate (CAGR) of 8 percent reaching approximately 59.2 billion gallons by 2020. Asia is projected to be the fastest-growing region in terms of both ethanol and biodiesel consumption, followed by North America and South America.

Pike Research notes that the industry is transitioning to advanced biofuels, making 2012 a milestone year for companies such as KiOR, INEOS Bio and other emerging companies which have commenced commercial production at next-generation biorefinery facilities.

In addition to demand from the transportation sector, environmental concerns and new markets overseas are expanding bioenergy’s burgeoning supply chain. This can be seen in the traditional forestry and forest products manufacturing sectors which have evolved over time toward non-U.S. markets and technological innovations in bioproducts and bioenergy.

“Making wood pellets for fuel is a relatively new segment of the energy business and forestry industry here in British Columbia, but it’s gotten active and well-established,” Oland says.  “It’s a growing cluster thanks to our infrastructure, strategic location and sustainable fiber supply.”

The region is the largest pellet-producing area in the world, she says, accounting for over 85 percent of the province’s wood pellet production capacity and nearly all of the value of BC’s pellet exports. Transportation infrastructure in the region includes high-quality road and air connections, plus a Canadian National rail intermodal facility and access to the ports of Vancouver and Prince Rupert, where Pinnacle Renewable Energy Group is currently constructing a $42 million pellet export marine terminal.

From Fat to Fuel

In the waste-to-energy subsector, successful initiatives are taking hold in Georgia, where earlier this year FOGFuels announced a new partnership with the city of Atlanta to use the company’s patented process to transform fats, oils and grease (FOG) into usable renewable fuel for powering school buses, city vehicles and machinery.

“We’re seeing a lot of private equity dollars being invested into the industry as part of the push to get away from dependence on fossil fuels; I think the future bodes very well for what we do in renewables,” says Paul Marshall, managing director, FOGFuels. “We are also part of the Renewable Fuel Standard (RFS2) which places requirements for the minimum annual supply of biofuel. Looking ahead, we couldn’t be in a better position geographically since the Southeast is one of the biggest per-capita producers of trap grease in the U.S.”

Tight collaboration and specialized research and development are also leading to success in Ohio, home to Ohio State University’s Ohio Agricultural Research and Development Center campus located in Wooster. The school’s Bioproducts and Bioenergy Research Laboratory focuses on biomass feedstock logistics; biological and chemical conversion of biomass and processing waste to fuels, chemicals and polymers; and algae culture for production of biofuels and bioenergy.

“We’ve got a strong support network and a lot of interest and activity in this field,” says Rod Crider, president, Wayne (County, Ohio) Economic Development Council. “We’re one of Ohio’s top agricultural counties and have a lot of the knowledge and equipment to do cutting edge R&D focused on bioenergy.”

An example of area work that may lead to a new and potentially lucrative farm crop is taking place at Cedar Lane Farms east of Wooster. Algae are being grown there in four man-made ponds in collaboration with West Virginia-based Touchstone Research Laboratory Ltd. Their goal is to grow enough algae to produce oils for renewable biofuels and other products.

At the former General Motors Fisher Body Plant in Collinwood, Forest City Enterprises and quasar energy group have partnered to build a 1.3 Megawatt waste-to-energy system that recycles organic waste residuals from local businesses and produces electricity that will be sold to Cleveland Public Power. The Collinwood BioEnergy Anaerobic Digestion System will turn a once-vacant brownfield site into a source of local, renewable energy while providing sustainable waste management for regional businesses. By harnessing the power of such local partnerships, the joint venture is also furthering the city of Cleveland’s goal of a greener economy.

“As a real estate developer and large electricity user, we use renewable energy and sustainability as part of our continuous improvement and cost reduction efforts. These kinds of bioenergy projects directly impact the company’s bottom line,” says Rick Gerling, director of renewable energy, Forest City Enterprises. “After looking at solar, wind and other alternatives, bioenergy — especially anaerobic digestion — fits with our overall strategy of developing real estate projects in select urban areas. Purely from an economic perspective, it’s some of lowest cost energy of this type you can produce.”

“By turning commercial and industrial waste material and turning it into beneficial energy, we can build and develop projects anywhere between four to six times simple payback,” adds Steven Smith, CFO, quasar energy group. “We’ve gone from zero plants in 2009 to eight today and seven planned for this year.”

State and federal policymakers have yet to arrive at a fully coordinated framework for supporting wider adoption of bioenergy. However, thanks to emerging technologies, new markets and the desire for reducing dependence on volatile sources of petroleum, a wide variety of biofuels have a distinct and growing place in North America’s energy portfolio. Among them, the viable winners will be the ones focusing on energy solutions which go beyond environmental or policy justifications and offer superior price, performance and community support.

“Unlike other renewable technologies where the capital investment to EBITDA is at significant multiples, the way we use anaerobic digesters is modular, expandable and repeatable, making our investment thesis very attractive,” Smith says. “Environmental regulations are increasing and landfill space is getting capped out, so we feel we’re in the right space at the right time.”

“Between algae, anaerobic digesters and other forms of bioenergy, we’re starting to see the potential for some of these alternative energy sources becoming commercially viable and leading to many job opportunities in our region,” Crider says. “Though keeping the research going and perfecting the technology to a scaleable level still relies a lot upon funding from federal, state and corporate partners, the future potential is huge, so we’re very optimistic.”