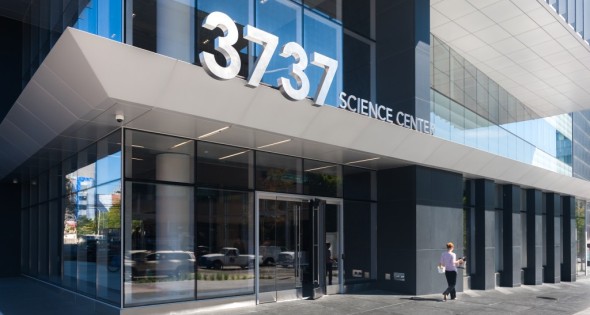 Breathing Life Back Into Bioscience

Innovations blur the edges between biosciences and biotechnology.

After being battered by the recession, many high-tech industries in the United States are bouncing back to health. Biotechnology and life sciences, in particular, are expected to keep growing in both the near and long term, with research and development continuing to lead job growth and investment in the sector.
“After the last wave of M&A activity, some of the more pharma-intensive states have faced lowered job numbers,” says George Goodno, director, state policy communications, Biotechnology Industry Organization (BIO). “But after going through a difficult period of having to regain its footing and reinterpret where the future is heading, confidence has returned to the industry.
“As international competition has increased, companies have had to reconfigure and become more streamlined and sophisticated, but although some have downsized, they’ve also become more productive,” he continues. “While we may no longer be a prime center of manufacturing, we continue to be a leading industry innovator in the world.”
Deal Flow Drives Value
After navigating the economic turmoil better than most industries, biosciences and biotechnology have rebounded, demonstrating a strong record of growth through 2012, confirms BIO and industry watcher Batelle. In a joint 2014 state-by-state industry assessment, they report that U.S. bioscience firms directly employ 1.62 million people, a figure that includes nearly 111,000 new, high-paying jobs created since 2001.
According to BIOtech NOW, in terms of transactional growth, 2014 was also an active year for the biotechnology industry. Venture capital deal values, licensing values and volume were all up, as were big pharma M&A deals and asset swaps. An uptick in interest from capital markets made 2014 a particularly strong year for biotech IPOs, with 81 companies in the industry going public — an increase of nearly 90 percent over 2013.

Batelle/BIO also reported that the research, testing and medical laboratories subsector has been the primary engine of bioscience industry job growth — increasing employment by 28 percent since 2001 and by nearly 10 percent since 2007. Of the nation’s 381 metropolitan areas, 216 have a specialized employment concentration in at least one of the bioscience subsectors. Twenty-nine regions have a specialized employment concentration in at least three of the five subsectors.
One of the main destinations for biotech and life science companies seeking such growth is Pennsylvania, where a widespread, but cohesive community unites biotechnology, medical devices and diagnostics, pharmaceuticals and research institutions. Although employment numbers in the state indeed took a hit during the recession, the number of industry firms has grown to 2,279 in 2011, a 13 percent increase driven by the addition of 300 research, testing and medical firms since 2008.
One of the state’s key clusters is the Greater Philadelphia region, home to the oldest and largest urban research park in the United States and nearly 1, 200 life science establishments from global pharmaceutical leaders to medical device and diagnostics firms, and biotech contract research organizations — also known as CROs.
“University City is booming, with activity in our business incubators the highest it’s been for at least the last four years,” says Christopher Laing, Ph.D., vice president, science and technology, University City Science Center. “Companies like Spark Therapeutics are part of our strength in the emerging areas of cell and gene therapeutics, particularly in the oncology space. We’re also rapidly growing in health IT, thanks to the relationship between the many academic institutions and health care facilities concentrated very densely in Philadelphia.”
More than 350 companies have originated at the Science Center, he says, and companies have collectively raised more than $116 million in investment and more than $14 million in federal funding for product development.
Companies from early-stage entrants to large multinationals can also take advantage of successful initiatives like the Innovation Partnership, the Global Soft Landing Program, and the recently-launched Phase 1 Ventures commercialization program, all aimed at helping industry firms establish a foothold in the region’s life sciences and technology markets.
In adjacent Maryland, biosciences have been a priority for years. The state’s Biotechnology Investment Incentive Tax Credit, which provides investors with income tax credits equal to 50 percent of an eligible investment in a Qualified Maryland Biotechnology Company, demonstrates a deepening of that long-term commitment, says Lisa Webb, director of economic development, Cecil County (Md.) Office of Economic Development, Tourism and Agriculture.
The program plays an important role for supporting seed and early-stage biotech companies, helping them and the state’s growing medical and biotech sector compete with maturely-developed clusters in other parts of the country, Webb says. 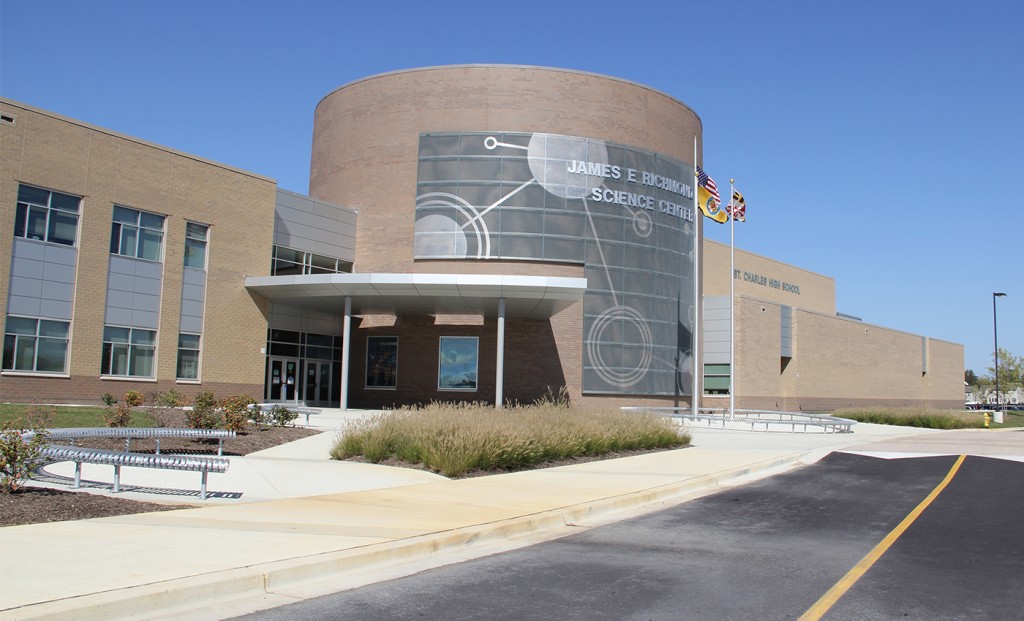 Within Maryland, Cecil County is growing the fastest, with plenty of open land which can be built on, as well as large parcels and business parks in the Interstate 95 corridor, which itself is thriving, Webb adds. “In terms of manufacturing resources, we have suppliers and companies like Terumo Cardiovascular Systems and others involved in making medical equipment and components.”
Located between Baltimore and Philadelphia, the county offers convenient access to international airports, major seaports, the Interstate 95/U.S. 40 corridor and major R&D universities that support industry leaders such as W.L. Gore, DuPont and ATK.
“On the workforce side, we’re sandwiched between Aberdeen Proving Grounds and the University of Delaware,” Webb says. “Companies can also access talent through custom technical training programs developed at Cecil College. Pharmaceutical companies have used that to look at Elkton in particular, as an opportunity for their growth. But we’re very flexible and will adapt to whatever companies, including startups, need.”
Synergies between Maryland’s defense sector, environmental assets and intellectual capital are also creating some interesting possibilities for niche biotechnology firms.
In Charles County, talent in robotics and unmanned systems, proximity to renowned research institutions, some of the most affordable buildings and sites in the Washington, D.C. metro region, and more than 50,000 acres of agricultural land, plus hundreds of miles of waterfront — all lie within 30 minutes of the nation’s capital, explains Debra Jones, business development manager for attraction and recruitment, Charles County (Md.) Government Department of Economic Development.
“With such a unique combination of assets, Charles County is positioned for growth in the development of autonomous systems for agricultural use,” Jones says. “That capability is very appealing for environmental biotechnology research and development.”
Furthermore, entrepreneurial and emerging biotech firms can access TechFire, a technology-focused business incubator located in Waldorf, as well as graduates specially trained for biotechnology careers at the College of Southern Maryland, North Point High School and the James E. Richmond Science Center at St. Charles High School.

Moving southeast, another cluster extending its industry reach is centered around the Greater New Orleans region, a long-time regional hub of health services and research.
“We’ve been traditionally a heavy industry and commodity-based economy, but even as our foundational industries like energy, manufacturing and trade are seeing a renaissance lately, we’re diversifying into industries that are based on intellectual capital and value-adding down the chain,” says Michael Hecht, president and CEO, Greater New Orleans Inc. “Expanding into the biomedical sector is not only creating new jobs and opportunities, but when we have an event in the commodity markets like the current drop in oil prices, it means that we’re much better insulated.”
Hecht suggests that the area is at the beginning stages of a biosciences boom and is becoming a serious destination for health care and research commercialization, especially as the state and its partners work toward creating a new Neuroscience Center of Excellence.
In the meantime, one of highest-profile assets accelerating local growth in the sector is the Greater New Orleans BioSciences Economic Development District, a 1,500-acre development located in downtown New Orleans, notes Melissa Ehlinger, interim president and CEO, New Orleans Business Alliance.
It’s been the focal point of more than $2.3 billion invested in new hospital and medical research construction, spearheaded by the combined University Medical Center–Southeast Louisiana Veterans Healthcare System. In 2014, Cobalt Medical Group broke ground on a new rehabilitation center for traumatic brain injury patients that is located adjacent to the new UMC-VA project. The company’s decision to establish a facility in New Orleans, Ehlinger points out, is a direct outgrowth of this new infrastructure investment.
It’s also home to the New Orleans BioInnovation Center (NOBIC) — a key node connecting two new nearby hospitals, three universities and the Louisiana Cancer Research Consortium. “The Center — which has already assisted more than 100 startups — works with independent innovators and researchers from major institutions including Tulane, LSU Health Sciences Center, Xavier and UNO. It also runs the New Orleans BioFund, offering various capital options to startups unable to access capital elsewhere,” she says.
Proper Positioning
Communities have substantial opportunities in the growing biotech and life science economy, but as both domestic and international competition intensifies, simply offering locally available research facilities, spot incentives or infrastructure elements by themselves, is not enough. Success in attracting or expanding bioscience ventures will require cultivating an “innovation ecosystem” geared toward collaboration and responsiveness to fast-changing technology.
“I think there’s going to be a lot more blurring on the edges between biotech and traditional technology,” Laing observes. “We’re already seeing it in the example of Biomeme, one of the companies in our stable that’s developed a smartphone-based DNA detection platform that doesn’t require a lab.”
“We take a completely holistic approach to developing our bio cluster — from fostering a vibrant entrepreneurial ecosystem with the necessary resources, to infrastructure investment, to integration of both young and mature local businesses. It also means taking the purchasing power of established healthcare institutions and crafting multiple pipelines to employment (at every level) within the sector,” Ehlinger says. “It’s all about setting the stage for success on all fronts.”
For complete details on the organizations featured in this article, visit:
Biotechnology Industry Organization
Cecil County (Md.) Office of Economic Development, Tourism and Agriculture
Charles County (Md.) Government Dept. of Economic Development
Greater New Orleans, Inc.
New Orleans Business Alliance
University City Science Center (Philadelphia)