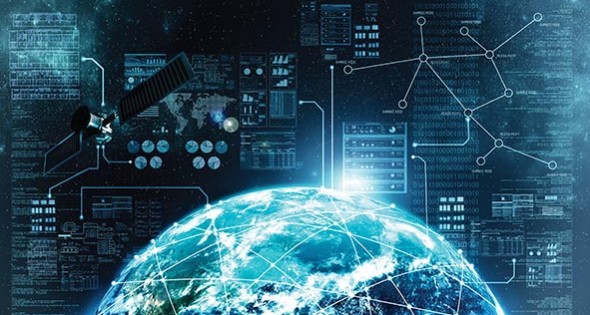 Economic development relies on a steady and evolving convergence of communications technologies using applications based on IT developments.

It wasn’t always this way. Just 30 years ago, phones were phones and computers were computers.

But as information technology got more and more sophisticated, and the demand for more information available anytime or anywhere increased, the natural convergence accelerated.

Economic indicators show the acceleration continues at such a blistering pace that even industry insiders have trouble keeping up with what’s new, as the convergence disrupts the way business is done.

According to a report by the Information Technology and Innovation Foundation (ITIF), between 2001 and 2011, over 565,000 IT-related jobs (in all industries) were created in the United States, an increase of 22.2 percent. IT jobs grew more than 95 times faster than employment as a whole, which grew by only 0.2 percent.

In 2011, IT workers earned $78,584 a year, 74 percent more than the average worker ($45,230). U.S. corporations that invested more in IT expanded their workforces by 14 percent between 2006 and 2010, while the average increase of Fortune 500 firms that invested less in IT increased employment just six percent, according to the ITIF report.

Over the last two decades, IT has made the U.S. economy over $2 trillion larger in terms of annual GDP. In 2011, IT products were 31 percent of U.S. advanced technology product exports and about nine percent of all U.S. goods exports.

How does that translate into a better, more robust and more profitable communication experience?

The ITIF report found that, between 2002 and 2011, U.S. retail sales through e-commerce over phones or via computer increased by 19.8 percent annually in comparison to just 3.2 percent for total retail sales, reaching $193 billion in 2011.

The growth and development of the converged technologies is all about having broader bandwidth of information transmission, which is another communications-meets-IT advancement.

An Organization for Economic Cooperation and Development (OECD) report, “Policy and Regulation for the 21st Century,” stated that the majority of information and communication technologies (ICT), including computers, other end-user devices and the internet, are generally considered to be a general purpose technology (GPT) able to fundamentally change how and where economic activity is organized.

According to the McKinsey Global Institute, other technologies including mobile internet, cloud technology and the Internet of Things (IoT) are often identified as having the potential to “disrupt the status quo, alter the way people live and work, rearrange value pools and lead to entirely new products and services.”

But there is a dark side to more connected devices in communications working in tandem with information technology.

Cybercrime has jumped to the second most reported economic crime, according to a 2016 survey of businesses by the Pricewaterhouse Coopers network.

More than one in three U.S. organizations experienced economic crime in the last 24 months.

Over the next two years, the survey reported, business owners should expect to be hit by all types of crime based on IT activities: cybercrime (49 percent); asset misappropriation (36 percent); intellectual property infringement (25 percent), among others.

The evolution of communications technology and IT has enabled cable companies to do their own work to secure marketshare. For example, in the United States, Comcast’s Xfinity service is competing with mobile operators via wi-fi hotspots, enabling users to use more data.

Comcast’s smartphone app also allows users to check email, send and receive text messages, make and receive voice calls (forwarded from the home phone) and voicemail all in one place.

Economic developers and others know that, in the future, demand for data will grow in less densely-populated areas, and for vulnerable consumers and businesses. 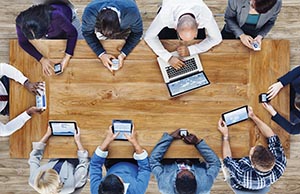 But it’s not enough. The OECD recently concluded that the internet’s potential to advance medical research is “still largely untapped.” But that is changing.

One of the largest employers in the Cumberland, Maryland, area is the Western Maryland Health System (WMHS).

In November 2009, WMHS opened a new state-of-the-art hospital that combined all services in one centralized location.  The center has 275 beds, and covers 585,000 square feet of interior space.

WMHS was one of the sponsors of the Maryland Career and Technology Program grant system Pathways in Technology Early College High School (P-TECH).

As a result of partnerships between schools, local community colleges and businesses, P-Tech graduates can earn both a high school diploma and an associate degree in science, technology, engineering and math (STEM). These P-tech grants total $600,000 statewide. “The Western Health System is actually the lead private sector partner for what will be a P-tech school in the county,” Shawn Hershberger, president and executive director of the Cumberland Economic Development Corporation (CEDC), says.

The CEDC has worked with other stakeholders, such the University of Maryland and the National Cyber Security Center for Excellence in Rockville, to build a certified IT workforce.

“What we are trying to do here is turn what may be perceived as a disadvantage into an advantage,” Hershberger says. “And that is workforce.”

He says he knows that being a rural community which is a two hour drive from the Washington D.C. metro area, may cause concern for some IT businesses. “But we have invested in a fiber optic network, and hopefully within the next month or two, will have the initial footprint,” Hershberger explains, adding that it will be a fiber ring going around Cumberland’s central business district. “Our goal over the next few years is to make sure that there is a fiber hookup at the doorstep of every building in the central business district.”

Vandenberg AFB, near Lompoc, California, has become a secondary launching source in the country, Oplinger says, with Space X and other private sector aerospace businesses there.

Another company on the leading edge of a different sort of communications-meets-IT technology is Sonos, a stereo music device and apps maker headquartered in Santa Barbara. Sonos designs, manufactures and sells high end multi-room music systems that connect to the internet, wirelessly stream music to different rooms in a user’s home, and are controllable via computer, iPhone, iPad, and android devices.

Oplinger says that The University of California in Santa Barbara (UCSB) is one of the primary schools for the tech industry. The UCSB Office of Technology and Industry Alliance has the number one ranked materials department in the country and claims over 60 startups based on UCSB technology. Startups include Sirigen, a medical diagnostics company based in San Diego; Eucalyptus, a cloud computer company based in Goleta, California; and Diagnostics Biochips, a biosensor company based in Glen Burnie, Maryland.

“A lot of spinoffs continue to come out of UCSB,” Oplinger says.

He says that they are seeing high tech growth in places like Carpinteria, in Santa Barbara County. One example: lynda.com, an online learning company teaching business, technology and creative skills. It was founded in 1995 by Lynda Weinman and Bruce Heavin and is headquartered in Carpinteria with offices in San Francisco, London and Sydney. The company is funded in part by Accel Partners, Spectrum Equity, TPG Capital and Meritech Capital Partners.

The continued bundling of services through cable and phone networks around the country using more and more sophisticated computers will offer users a better, more robust data analytic approach to making business work smarter. The accumulation of a vast base of knowledge about every aspect of business development means that number crunching is now an art that not only tells an organization where it’s been but what it needs to do next.

Whether we accept the intrusion of personal data collection or not, it’s here. The data network it is attached to is learning more and more about our personal habits and making that available to businesses, and economic developers are swimming faster in this information stream and capitalizing on the sales and marketing power it demonstrates.