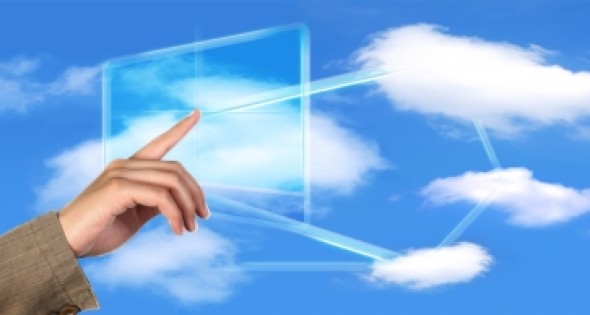 The uptick in cloud services fuels the expansion of data center operations.

A recent survey by IT industry analyst, Neovise, of IT leaders and decision makers discovered that 54 percent of the organizations are using some type of public or private cloud services. These numbers are expected to increase, which correlates to continued growth in the data center industry as more applications head to the cloud. “One thing the cloud allows is more flexibility and efficiency,” says Tim Comerford, senior vice president, Biggins Lacy Shapiro & Co. “By working within the cloud they can diversify their infrastructure.” For those with limited capacity, they can operate multiple facilities to maximize utilization, which helps to create efficiencies.

The cloud also allows a variety of users to diversify the location of their assets, which is important to operations such as data centers, where companies plan for anything and everything that can possibly go wrong at these physical locations.

“In regard to the financial industry, for example, there are very effective security measures in place, and these advances make people feel comfortable with more data being stored on the cloud,” Comerford says. He notes an increase in cloud computing activities will also be utilized by the medical industry as it continues to overcome security issues in making records and information available electronically, not being constrained to one physical location.

And along those lines, in New Jersey, the newly formed Council On Innovation is exploring the best practices in attracting cloud services providers, particularly the evolving crowdfunding market, where individuals pool their resources through the Internet to support a cause or make equity investments.

“With the BYOD [bring your own device] environment of today, more people are working virtually than they have in the past and that lends itself to having more data and more applications in the cloud,” says Tracey Hyatt Bosman, managing director, Biggins Lacy Shapiro & Co.

And along those lines, in New Jersey, the newly formed Council On Innovation is exploring the best practices in attracting cloud services providers, particularly the evolving crowdfunding market, where individuals pool their resources through the Internet to support a cause or make equity investments.

The council aims to stimulate more collaboration between industry and researchers to strengthen the economy and attract more federal dollars to New Jersey. One of the initiatives before the council is to outline companies they believe economic developers should target in the cloud computing space, as well as provide ideas for incentive programs that would support these companies with their investments in the state, notes Tracye McDaniel, president and CEO, Choose New Jersey Inc.

“New Jersey is well positioned for attracting data centers and financial technology firms because New Jersey ranks high for its amount of fiber optics and broadband infrastructure,” McDaniel says. She says the state is ranked No. 1 for broadband and ranked No. 2 for IT jobs, as ranked by the Kauffman Foundation. “That puts us in a strong position with assets which are important to data centers: talent, tools and infrastructure,” McDaniel says.

State officials constantly work to set New Jersey apart from the competition, ensuring they are well equipped to support data center operations. Since 2005, the state has attracted more than 4 million square feet of new data center space. A New Jersey location offers an alternative outside of Manhattan for companies involved in the financial sector, but which still require proximity to the operations. What’s more, the state provides excellent access to the Philadelphia metro area.

Recent industry-related expansion announcements include Telx, a cloud services provider. McDaniel says the company is expanding its public and private services at a campus in Clifton, and is looking at a facility in Weehawken.

In Secaucus, CoreSite Realty Corp., a provider of network-dense data center campuses, will develop a new data center campus. The company is buying a 280,000-square-foot building on 10 acres. The development, NY2, will offer up to 18 megawatts of capacity; the site will support the additional development of data centers in the future. According to press materials, CoreSite intends to ensure the availability of high-capacity and high-speed lit services as well as a robust dark-fiber tether between NY2 and CoreSite’s NY1 location in Manhattan.

“CoreSite’s entry into Secaucus is an important step in the execution of our strategy to extend our U.S. platform supporting latency-sensitive customer applications in network-dense, cloud-enabled data center campuses,” said Tom Ray, president and CEO, CoreSite.

“In most cases, financial services are a unique animal in the enterprise industry because they have tight latency constraints [the time it takes data to travel from point A to B],” Comerford says. The ability to move large amounts of data in milliseconds is critical for financial transactions, Hyatt Bosman adds.

In other industry activity, earlier this year, CommVault, a data storage company, announced it would remain and expand in New Jersey. The company plans to undertake a three-phase expansion project at a 55-acre site at Fort Monmouth, a former military installation, located in Tinton Falls. The first phase, a 275,000-square-foot facility, will serve as the company’s corporate headquarters. At full build out, CommVault expects to comprise 650,000 square feet of office and research space in one or more buildings at the site.

The CommVault project is unique in the fact that the company is the first tenant to purchase property from the Fort Monmouth Economic Revitalization Authority, which was formed in 2010. “CommVault was one of those deals that when they looked at New Jersey in a competitive process, we became a game changer,” McDaniel says. “No. 1 we offered attractive incentives; No.2 was the tremendous infrastructure and fiber connectivity at Fort Monmouth; and No. 3, we were ready to begin the project right away.”

Greensboro’s history in furniture and textile manufacturing required the establishment of an outstanding electric power grid. Economic development officials partnered with Duke Energy to promote the advantages of the community for data center operations. There are also a number of fiber optics providers maintaining a quality fiber optics infrastructure in the area.

Moving to the southeast United States, a certified site in Guntersville, Ala., is also well equipped to host data center operations, among other industries, says Grant DeMuth, economic development director, city of Guntersville. The 428-acre Conners Island Business Park, which is divided in two sections, has been awarded two site-ready designations. Forty acres of the business park are designated as a TVA Primary Data Center location. The business park is also designated as an AdvantageSite, which is a program of the Alabama Department of Commerce. “It outlines the geotechnical and environmental conditions and infrastructure status,” DeMuth says. “It prequalifies and shortens the lead time for verifying data about a site.”

Guntersville, located 30 miles south of Huntsville, is literally surrounded by the 69,000-acre Lake Guntersville on the Tennessee River, in Alabama’s mountain-lakes region. The city’s proximity to Huntsville provides access to that community’s aerospace and technology clusters, including Cummings Research Park and the Redstone Arsenal.

Moving east from northern Alabama to central North Carolina, the mention of the advantages of a site in Greensboro for large data center operations in Business Continuity Planning for Data Centers and Systems: A Strategic Implementation Guide, put the community on the industry’s radar. Greensboro’s history in furniture and textile manufacturing required the establishment of an outstanding electric power grid. Economic development officials partnered with Duke Energy to promote the advantages of the community for data center operations. There are also a number of fiber optics providers maintaining a quality fiber optics infrastructure in the area.

“Because of the connectivity and grid running through here, we have several areas around the city that support data centers and mission critical facilities,” says Dan Lynch, president, Greensboro Economic Development Alliance. The community is home to several data center operations, ranging from Internet service providers to financial services to telecom companies. “They all need the same thing; clean uninterrupted power, bandwidth and an abundance of water necessary to cool these operations,” Lynch says.

Greensboro is located halfway between Charlotte and Raleigh, along the Interstate 85 corridor. (North Carolina is also home to the five-county North Carolina Data Center Corridor, which is home to large operations for Apple and Google, among others.) “We are far enough inland we do not have hurricanes or seismic activity,” Lynch says. “And we are not prone to tornadoes, forest fires or mud slides. We also fall outside of the 50-mile blast zone for any nuclear energy power plant in and around North Carolina and South Carolina.”

Lynch says in addition to advantages in infrastructure and low site risks, because Greensboro’s officials know what is important to mission critical companies they can quickly move to meet the industry’s needs. “We have a seamless relationship with the city and our county and state officials and can bring them together to answer questions,” Lynch says.

As more applications and data are stored on the cloud, enterprise users and co-location providers will require immediate answers to their pressing site selection questions, and access to sites that are ready for development.

To learn more about the organizations featured in this article, visit:

City of Guntersville, Ala.

1.     Power is the leading criterion, with regard to cost, redundancy and reliability. This is true regardless of whether the user is an enterprise user or co-location provider.

2.     Next on the list is connectivity and fiber availability. Companies are looking for multiple metro providers and long-haul fiber networks.

3.     Risk is also high on the list, considering both natural and manmade disasters. Attention is paid to seismic reports, flood zones, the potential for tornadoes, hurricanes and wildfires. Companies also research impediments to reaching data centers in the event of a disaster.

4.     Acceptable risks vary from user to user. There are pluses and minuses with each site. It is a matter of identifying those risks and evaluating tolerance levels.

5.     Site selection preferences also vary between enterprise users and co-location users. For a co-lo project, which serves multiple tenants, companies are interested in locating in markets close to their customers. Enterprise users are more interested in remote locations, seeking lower prices for electricity, and avoiding risk and nosy neighbors.

6.     Secondary factors such as taxation treatments also come into play, such areas that do not collect personal property or sales taxes. Some locations offer specific exemptions for data center equipment. Others offer sales tax breaks for services required by data centers, such as maintenance, security, electrical components and generation.