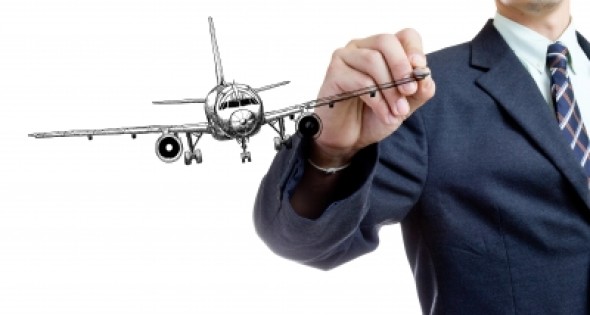 When you are the home county of an international airport, combining the region’s integrated logistics network together with business amenities, shopping and recreational opportunities to create a seamless experience, is a wise business initiative. In Leduc County, Alberta, officials are underway with an “aerotropolis” viability study, a development which would be located near the Edmonton International Airport.
Communities that are home to an airport and aviation industry related assets typically feature a well built out transportation infrastructure and have strong distribution clusters. Economic development leaders are unrelenting when it comes to combining city and airport assets to foster the overall health of local economies.
“We are looking at what amenities to build into an airport-city,” says Barbara McKenzie, executive director, Leduc-Nisku Economic Development Association, branded as Alberta’s International Region. “The type of one-stop area for shopping, dining, recreation and business that can augment our growing economy.” At present, officials are reviewing the commercial developments on airport land, as well as within the county and city. Existing industrial parks are located across the highway from the Edmonton International Airport.
The viability study is expected to conclude in March 2015. Community officials have studied aerotroplis concepts from Memphis, Tenn., and several communities in Brazil. The Leduc County development will be a planned approach that will create many positives, McKenzie says. Proximity to the northern Alberta oil sands has created a large cluster of service supply chain companies to the oil and gas industry in this county. There are also local cargo services, private charter companies and small aviation parts and machining companies. The aerotropolis idea allows economic development officials to attract different industries. “Given our current strengths [advanced manufacturing] and looking at how we can build upon them for the future, we are open to ideas,” McKenzie says.
Moving to Michigan, officials at the Capital Region Airport Authority/Port Lansing envision aviation and commercial development blended into an airport-city concept, says Gary Bartek, director of cargo and global logistics development at the authority.
The Port of Lansing is an inland port, which features services from two mainline railroads, the Canadian National and CSX, as well as interstates 69 and 96 and U.S. Highway 127. “Distribution and logistics are important to us in Lansing,” Bartek says.
The Capital Region Airport is situated on 2,000 acres and has five cargo carriers that service the airport, as well as five passenger airlines that provide services. The airport, which features Foreign Trade Zone 275, is home to UPS’s Michigan hub, where four flights from throughout Michigan arrive in Lansing every night. Product is offloaded and consolidated into a 767 airliner and flown to Louisville, Ky. The presence of the UPS hub in Lansing plays a strategic role in site selection.
The ability to expand its overnight shipping window by being near UPS has attracted Niowave Inc. to a 2.5-acre site at the airport, where construction will start this year on a manufacturing center. Niowave manufactures medical radioisotopes and has signed a lease for a facility. From the airport location, the company can send shipments to the UPS hub until 10 p.m., which will be delivered the next day, as early as 5 a.m. Niowave will invest $100 million in building and equipment for the project, Bartek notes.

He adds that in 2012, the first on-airport commercial development was built for the freight forwarding and trucking community. The facility is a 48,000-square-foot warehouse.
Further incentives and assets at Port Lansing come in the form of the Next Michigan Development Corporations (NMDC), which offers property tax abatements to companies that want to expand logistics and supply chain clusters. The port is one of five recognized NMDCs in the state.
Teaming Up for Success
“We work with Michigan Economic Development Corporation, and with a regional economic development organization called LEAP, Lansing Economic Area Partnership,” Bartek says. What’s more, the authority’s foreign trade zone designation applies to eight counties in Michigan. “We reach out and work with the economic development organizations in each of those counties to promote foreign trade zones and to encourage the establishment of a subzone,” Bartek adds.

Initiatives by the Soundside Alliance in King County, Wash., the largest center for U.S. aerospace activity, will support the business climate for years to come. There are more than 400 aerospace companies in the county, employing 45,000 people. The city of SeaTac is home to The Boeing Co.’s largest spare parts distribution center. At more than 700,000 square feet, the center houses millions of parts used to support and service commercial airliners nationwide.

In addition to infrastructure assets and tax advantages, aviation companies in the SeaTac community can tap into a continuing stream of talent. The Highline school district operates an aviation high school, which specializes in training students in different areas of the aviation industry.

The city of SeaTac is centrally located 30 minutes from the ports of Tacoma and Seattle. Home to multiple modes of transportation, a skilled workforce, and ideal quality of life assets, the city of SeaTac and the members of the Soundside Alliance are well positioned to compete with aviation and aerospace clusters anywhere in the country, says Jeff Robinson, community and economic development manager, city of SeaTac.
In addition to SeaTac, partners in the alliance include the cities of Tukwila, Burien, Des Moines and Normandy Park. Additional partners are Highland College and the Port of Seattle. “Our communities are side by side and getting from one end of the alliance geography to the other is no more than a 15-minute drive,” Robinson says.
Officials from the city of SeaTac are working closely with officials at the Port of Seattle, which owns and operates the Seattle-Tacoma International Airport, which shipped nearly 293 million tons of metric cargo in 2013. The port has 100 acres outside of the airport property, but in the city of SeaTac, which is available for development. “We are working with them to take some of that property to market for new development,” Robinson says. Industries well suited for the site include “industrial and assembly that are associated with the aviation industry or for those who need access to the airport to ship their goods worldwide,” he says.
Robinson says businesses will also appreciate the fact that SeaTac doesn’t collect business and occupation taxes, or employee taxes or charge a local utility tax. “The state of Washington doesn’t have a corporate income tax.”
In addition to infrastructure assets and tax advantages, aviation companies in the SeaTac community can tap into a continuing stream of talent. The Highline school district operates an aviation high school, which specializes in training students in different areas of the aviation industry. The city is also located within 30 minutes of the University of Washington in Seattle, and the school’s Tacoma branch. Highline College is located five minutes from SeaTac.
Moving west and south to the Blountville, Tenn., region, Bell Helicopter Piney Flats has formed an educational initiative with Northeast State Community College to develop the next generation of aircraft technicians and aviation professionals. Aviation activities are the No. 1 targeted industry in the region, according to economic developers.
Bell Helicopter will advise the college on aviation-related course content. Employees will also serve on a curriculum steering committee to assist the college in the development of aviation courses. “Our goal is to promote aviation and aerospace education,” said Dr. Janice Gilliam, president, Northeast State, outlined in press materials from June. “However, the curriculum provides limitless opportunities for Tennessee and the region. This program fits within Gov. Bill Haslam’s Drive to 55 and Tennessee Promise initiatives to increase the number of Tennesseans with two year and four-year degrees as well as technical certificates.” Core classes began this fall, with aviation specific courses set for the spring of 2015.
The effort is one component of the area’s aviation education initiative, which will also seek to develop a flight school and four-year programming. Partnerships will be forged with the area’s K-12 public school system to promote aviation careers.
“It is exciting as to what it might become and what it already is,” says Clay Walker, CEO, Networks- Sullivan Partnership, speaking about the education initiative. “The key to me is it brings attention to the job opportunities in aviation that are here now and will continue to come to this sector in our region. And it gets our kids excited not only about aviation manufacturing but manufacturing in general. The skills they learn and get excited about in aviation are transferable to other industries.”
Northeast State Community College is located adjacent to the Tri-Cities Regional Airport. The airport is a full-service commercial airport serving northeast Tennessee, southwest Virginia and western North Carolina. “Our goal is to support the economic growth of our region by providing the best services and facilities possible for all aspects of a community’s aviation needs, including passenger air service, air cargo, corporate and general aviation,” writes Patrick Wilson, executive director of the Tri-Cities Airport Authority, in an email correspondence.
To encourage additional corporate investment, the airport authority has invested more than $26 million in infrastructure for aviation park I, a Select Tennessee Certified Site, with direct airfield access. This on-airport site can accommodate hangars, maintenance facilities, manufacturing space and more, Wilson writes.

In the Blountville, Tenn., region, Bell Helicopter Piney Flats has formed an educational initiative with Northeast State Community College to develop the next generation of aircraft technicians and aviation professionals. Aviation activities are the No. 1 targeted industry in the region, according to economic developers.

Adds Walker, “Networks has a park that is close to 200 acres that is located across the road, ideal for those who don’t need runway access but want to be nearby. There is plenty of land available and it is all publically controlled.” In addition, the physical location of the Blountville region puts companies within two-thirds of the U.S. population in a day’s drive. Companies can also make use of the foreign trade zone status and a U.S. Custom’s Port of Entry at the airport.
“When aviation projects consider a region’s suitability, we examine the existing industrial base, labor force and infrastructure,” writes Mike Michalski of MCS Strategies LLC, in an email correspondence. “The Tri-Cities Region has a growing aviation cluster, accredited training facilities and an airpark with capacity for expansion.” Michalski is a site consultant specializing in military and civilian aviation attraction and retention programs, as well as expansion projects.
Aviation and aerospace companies will find industry cluster stakeholders are investing to support their activities, be it through land development, enhancing the end-to-end supply chains that exist in their communities, or by developing additional workforce training efforts. Leaders are also exploring ways to connect their cities and airports to create more seamless business and lifestyle pursuits.
For complete details about the organizations featured in this article, visit:
Capital Region Airport Authority/Port Lansing (Mich.)

Tri-Cities Airport Authority (Tenn.)
Aviation Hangar Development Picks Up
Officials from Varco Pruden Buildings, based in Memphis, Tenn., believe fulfilling facilities needs for the aviation sector will be a strong part of their future business. “We see an uptick in uptick in large hangars for some of the bigger aircraft coming out of Boeing and Airbus,” says Rich Lewis, manager of corporate accounts, Varco Pruden. “There are not a lot of heavy maintenance hangars to put these planes in so we are seeing construction in this area, in the U.S. and around the globe.”
Varco Pruden is a services and system building supplier, focused on providing pre-engineered steel framing solutions. The company’s products are used by a network of 1,000 contractors throughout the country. Systems are used for a variety of facilities including, industrial, warehousing, retail, churches and automotive.
Lewis says Varco Pruden designs about 200 hangars a year, supplying to customers such as U.S. Airways and Southwest Airlines for maintenance hangars. “We have a deep history and understanding as to how hangars should function,” Lewis notes.
For complete details about trends in aviation hangars and facilities, visit www.vp.com.