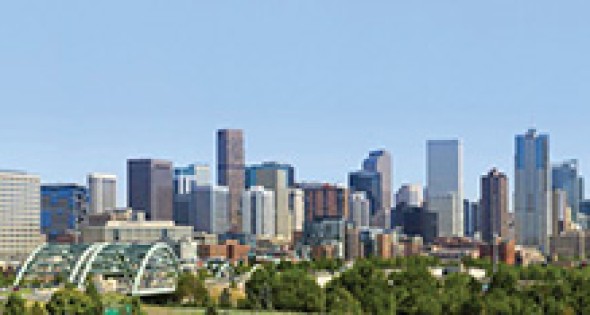 Colorado’s economic development leaders are making use of data intelligence in regard to the state’s industry clusters in order to achieve a higher return on investment. This involves looking not just at industry growth but also at market segmentation.

For example, what area within aerospace is growing? “If it is sensors, how do we compare with other markets that have significant depth and talent or market capabilities and how do we enhance our programs to help existing companies increase productivity, how do we recruit new value chain partners,” says Michelle Hadwiger, deputy director and director of global business development, Colorado Office of Economic Development and International Trade (OEDIT). “We are calibrating and refining our strategy in order to adapt with the global economy.”

In addition to gathering traditional economic indicators, officials are collecting feedback from businesses to understand what they need to be successful in the state. Hadwiger says the enhancement of the governor’s economic strategic plan aims to provide jobs for all Coloradans. Officials have also meet with local level economic developers to learn their economic priorities and how the state can best provide resources to assist in achieving their goals.

“The initiative is called Blueprint 2.0, which educates site selectors and business decision makers about what each community offers, particularly cyber companies, data centers and those that need remote locations,” Hadwiger says.

A new initiative, the Rural Jump-Start Program, will increase economic opportunities in rural Colorado by creating tax free zones. In order to receive the benefits, companies are required to partner with universities or institutions. Also, communities should demonstrate they have the infrastructure and talent needed to support the program.

According to the Council for Community and Economic Research, Colorado’s average cost of living is 30 percent below East Coast and West Coast cities.

In 2015, Colorado established the Outdoor Recreation Industry Office. The office demonstrates the importance of the $13.2 billion outdoor and recreation cluster to the state. The state recently invested in the cluster when the Colorado Economic Development Commission approved incentive funding, which include $86 million to assist with four tourist attraction developments in northern Colorado.

In regard to local level industry clusters, Denver’s leading industries include aerospace, broadcast telecom, energy (both fossil and clean tech), financial services, health care and wellness and IT/software. Recent expansion announcements include a 300 person addition to Fidelity Investment’s regional investment center; and the expansion of a training center for United Airlines, which will consolidate training operations based in Chicago and Houston. Comcast will add 300 employees and move its regional headquarters, customer service and other functions to the former Charles Schwab space, which was vacated when Schwab built is own corporate campus, says Laura Brandt, director of economic development, Metro Denver Economic Development Corp. The available space includes multiple buildings.

“I have 13 company announcements that are pending, which in my mind means they will locate here in the metro; seven of those are expansions, and six of them are new companies to the area,” Brandt says. One of those project announcements was made by Sunrun, which announced in December that it will open an office in downtown Denver, and plans to hire up to 800 employees during the next few years. The company is the largest dedicated residential solar company in the United States. Company officials attribute Colorado’s support of the solar industry as a factor in its decision. The state invested more than $212 million in solar installations in 2014.

OEDIT has conducted two market studies, one for startups and one for business retention, where the talent base was a leading factor in decision making. “One of the most important things for startups to be successful is the network of peers, mentors and regularly held events,” Blomquist says. “Two years ago, talent was found through the network, and now our data shows they are looking more toward our universities and institutions to build that talent pipeline.”

In regard to business retention, Blomquist says something officials see as very important is the perception of the state. “Are we talking about our successes? Are we known as a place to do business?” She says businesses in the state describe the talent pool as being open to new ideas, exhibiting a culture of tolerance, and a willingness to connect people. “We also hear how passionate and energetic we are and how we have an entrepreneurial spirit,” Blomquist says.

Colorado attracts people from all over the country, much of it driven by employment opportunities. Forbes recently ranked Denver as the third best city to find a job, with 96 jobs posted for every 1,000 residents. “Our population for 2015 is projected to grow by 1.7 percent; population growth is .8 percent at the national level,” Blomquist adds.

“We have seen good job growth, and in the last year to date employment numbers as of September [2015], we added 44,700 new jobs,” Brandt says. The unemployment rate in metro Denver is 3.1 percent. “Realistically, it is becoming hard to find available employees because of the low unemployment rate. But companies have been telling us, and it started three to four years ago, that if they locate here, and even if they don’t have existing employees who are looking for those jobs, people are willing to locate here.”

Denver has the building and sites inventory to support business expansion plans. The metro’s office vacancy rate is 10.3 percent, and the industrial vacancy rate is 3 percent. Developers are putting up spec facilities. “Because of the amount of spec space in the pipeline, both in the office and industrial sectors, we will have sufficient spaces even though we have low vacancy rates,” Brandt says.

Brandt adds that four new light rail lines are coming online this year; one line each quarter. The direct line from downtown Denver to Denver International Airport will begin in April. That line is generating new construction and attracting companies to existing facilities near the airport, such as a German-based janitorial company. “Many of their customers need to fly in and out and they wanted to be near the airport,” Brandt days. Panasonic Enterprise Solutions Co. is opening a new headquarters at location near the light rail stop before the airport.

Blomquist says in 2014, Colorado experience the fastest job growth in the state since 2000, which is at 3.5 percent. She says employment is expected to slow down due to the downturn in the oil and gas sector. “But jobs are still projected to grow in 2015 by 2.8 percent, so we still have this momentum,” Blomquist notes.

She says in 2015, across all industries, the largest economic growth occurred in real estate, health care and manufacturing. The industries that are growing because of primary source jobs are “a combination of food services, arts and entertainment and construction,” Blomquist says.

According to the Colorado Economic Outlook, published by the Governor’s Office of State Planning and Budgeting, “the core of Colorado’s economy, with its diverse industry base and stronger population growth, remains resilient in the face of these headwinds. Because of these favorable attributes, Colorado’s economy is expected to continue to post stronger levels of growth than the nation overall, but slower than the high growth experienced in 2014.”

Hadwiger says Denver is a dynamic city, which has the fastest in-migration of 24-year olds to 34-year olds in the county. She says Denver has a thriving brew pub scene, live music venues, and creative spaces to work in and to visit. “When people complete our surveys, the quality of life is not just about the skiing, hiking and the weather, but also the walkability, the coffee shops, the markets, and interesting spaces,” Blomquist adds.

In other cost of living aspects, housing values in Colorado continue to remain strong. In Denver, home prices are up 8.1 percent versus the 4.6 percent U.S. average, according to the state’s demography office. Denver and Boulder rank in the bottom 10 percent of the 165 largest U.S. metro areas in terms of home affordability.