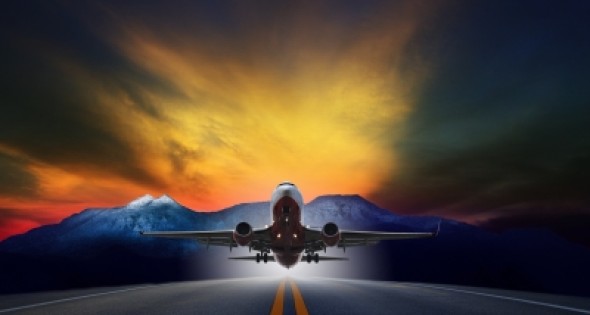 Four Key Predictions for Aerospace in 2015

Georgia’s companies and organizations embrace opportunities in growth and innovation.

The global aerospace industry has experienced remarkable growth, a trend poised to proliferate into 2015 and beyond. 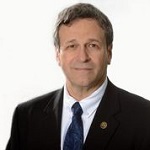 As the director of the Georgia Center of Innovation for Aerospace, I consult with companies and organizations on a wide range of projects and issues that face the industry. These discussions suggest that 2015 will mark the widespread commercialization of space and unmanned aircraft systems (UAS) innovation, and will also bear-witness to a manufacturing surge of commercial aircraft. Here are the four trends to look for in 2015:

• Commercial space innovation will continue to expand
It’s a pivotal time for our nation with regards to space. With NASA shifting its focus from low earth orbit to deep space exploration, the agency has worked to breathe new life into space innovations and development through commercial partnerships. Private companies are already launching cargo to and from the International Space Station (ISS) and the transportation of astronauts is sure to follow. The small companies working in the industry will be the largest benefactors.

2015 looks to be a year of development and preparation leading toward a new round of first flights starting in 2016. Generation Orbit is developing an air-launch system specifically designed for small payloads, or nanosatellites and others like Terminal Velocity Aerospace are working on reentry systems for returning experiments from the ISS. Further on the horizon is a potential commercial spaceport along the I-95 corridor in coastal Georgia, which would bring a wave of interest in the space industry — from both industry and the public. Companies like Georgia-based SpaceWorks are already working on suspended animation technology for future treks to Mars. All these projects will require a technically skilled workforce and we will see the leveraging of Georgia’s strong aviation industry base to advanced spacecraft and technologies.

Programs like Georgia Tech’s Center for Space Technology and Research (C-STAR), and NASA’s center of excellence in robotic exploration and space science, the Jet Propulsion Laboratory (JPL), will spark a renewed interest in future space exploration initiatives and the opportunities that exist in deep space.

• Defense budgets will continue to foster growth opportunities
Defense budgets have plateaued, and this trend will continue through 2015. As the budget supports fewer major programs, such as the F-35 for fighters and the C-130J for transports, current aircraft will be forced to stay in service for longer periods of time. This will increase the importance of maintenance, repair and overhaul (MRO), a market that Georgia is well positioned to capitalize on.

Despite a positive outlook, I forecast more companies will utilize available resources to determine market needs and make new industry connections. Defense contractors in the state of Georgia, for example, have found success in partnering with the Center of Innovation for Aerospace. The state has launched an initiative to identify aerospace and defense contractors in Georgia— all the way to fourth-tier suppliers — to develop detailed strategies and identify unique avenues to drive their bottom lines.

• Unmanned aircraft systems will become the next great focus of innovation
Technology unmanned systems is presenting new opportunities and challenges for the use of UAS in commercial applications. With the advancements in GPS, microavionics, microprocessors and various sensor technologies for UAS, there will be a rise in the use of UAS. As the Federal Aviation Administration begins to approve UAS commercial operations, the most likely initial applications will be in agriculture, film making, photographic services, and infrastructure inspections where UAS have proven benefits, and can be applied in the friendliest conditions. Large corporations like Google, Amazon, UPS, and DHL have all begun looking into how to take this technology into their own strategic business plans. The result of this technology and capability revolution will be realized in 2015, when the commercial UAS market will blossom.

Companies like Guided Systems Technologies have developed sensor and imaging technology to effectively help farmers increase crop yield, they are also putting a plan in place to use the technology to deliver live-saving goods to third world countries. Another technology company, AREA-I, represents an example of UAS technology used in a beneficial commercial setting. Researchers have developed a twin jet-powered UAV used to test advanced aerodynamic technologies in the quest to make manned aircraft more efficient and safe. Rather than using full-sized aircraft, airliners will now be able to test new innovations on a fully functional scale model — saving time, money and avoiding putting human pilots into potentially dangerous situations.

The current surge in demand for commercial aircraft is a welcome change for U.S. manufacturers and suppliers. The number of orders is unprecedented; Georgia’s international aerospace exports have grown 75 percent in the last five years, better than the national average at 35 percent.

This is an exciting time for the aerospace industry in the United States. The idea of space becoming accessible is strengthening, and the industry as a whole is enticing the public once again. The economic impact of the industry’s continued growth in the commercial sector will be strong, and we will continue to see a boom in private sector applications for many years to come.

Steve Justice is the director of the Georgia Center of Innovation for Aerospace. Learn more by visiting www.aerospace.georgiainnovation.org.