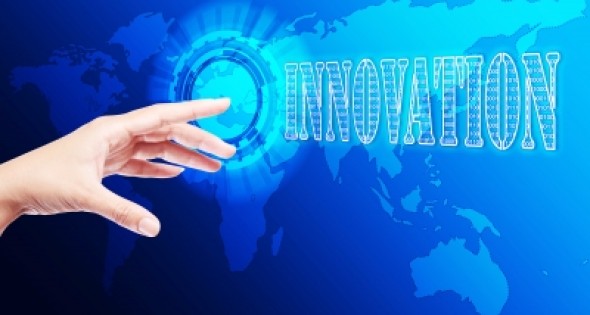 “There is a wealth of business incentives out there for Georgia businesses,” says Chris Cummiskey, commissioner of the Georgia Department of Economic Development. “If you look at the Southeast of the country in general, it is a growing part of the country. The marketplace is moving in that direction, especially here in Georgia because we are a right to work state. And we feel that we lead in the Southeast, which has allowed us to put the largest incentives on the table.”

Cummiskey cites the landing of Baxter U.S. in April last year, which is building a $1.2 billion state-of-the-art manufacturing facility near Covington to support the growth of its plasma-based treatments, and bringing in more than 2,000 jobs. Baxter expects the plant to be fully operational by 2018. “They came here mainly because of the strength of our incentives,” Cummiskey says. “But the real kicker was workforce development.”

He says that a state has to have some incentives on the table, but, at the end of the day, they are smart to realize that a few million dollars upfront on a billion dollar project is not nearly as important as a 30-year workforce.

He points to the Quick Start program, a national workforce development program where, if you are an advanced manufacturing company with more than 150 employees, the state will train your workforce. Quick Start partners with technical colleges, comes in and takes a look at a company’s process, develops training materials for the company, adjusts and tweaks the materials as needed and then implements the training.

“We are doing it for Baxter,” Cummiskey says. “And the reason we can do it is we have one of the most extensive technical college systems in the country.”

And, from Cummiskey’s office in Atlanta, he can see the Georgia Institute of Technology, one of the top three engineering schools in the country; and the Emory School of Medicine, one of the top medical research organizations in the country. “We have so much to offer here in terms of higher education systems,” he says.

Economic development officials want to ensure that the state is attracting more venture capital, helping keep young companies in the state, especially when Georgia is listed as one of the top 10 states for federal research coming to universities, Cummiskey notes. “We see a shift in venture capital companies coming here already; and we see more coming.”

High-tech industry jobs lead the list of employers in the state, which has always been a heavy favorite for advanced manufacturing in aerospace and automotive.

General Motors has announced 1,000 R&D jobs at the company’s third Information Technology Innovation Center in Roswell, a northern suburb of Atlanta. AirWatch in the metro Atlanta area, one of the largest growing mobile security companies in the country, just announced another 800 jobs, on top of another 1,500 jobs a couple of years ago, plus the investment of $4 million in new equipment.

In northwest Georgia, carpet is king. Keith Barclift, project manager for the Northwest Georgia Joint Development Authority, which is composed of four counties, talked about the expansion of the Saudi Arabian company Mattex. That carpet backing manufacturer, building a plant just outside of Eton, will invest $60 million and create 200 jobs. “So I think that the floor covering industry is coming back, just coming back in a different way,” Barclift says. “In fact, we feel that the existing industries here — including automotive suppliers — are picking back up to pre-recession levels.”

An interesting twist to high-tech developments in the state comes from Fayette County, where Pinewood Studios is developing its first U.S. movie production studio. Pinewood, a major film studio based 20 miles from London, is famous for being the main production studio for such blockbuster hits as the Harry Potter series, “Les Miserables” and “Skyfall.”

The project will be a 450-acre studio complex, with the first phase — a $30 million five building soundstage facility, which is under construction. There will also be a film training school. The studio will be able to use 150 acres of backlot space, with another 150 acres available for expansion. The timing was perfect for the state. “We have been getting a tremendous amount of production companies that are coming here because of the state tax credit for film production,” says Matt Forshee, president and CEO, Fayette County Development Authority. “It has just driven this industry here through the ceiling.”

Part of the Pinewood development will include a vendor village, Forshee says, which will include warehouse space and industrial space for carpenters, electricians, makeup and special effects people. It will be a magnet for suppliers to these craftsmen. “It’s almost like getting an auto plant,” Forshee says. “Because when Mercedes located in Alabama, you would all of a sudden see all of these suppliers going there as well.”

Cummiskey strikes a common theme in economic production for the state. “We have all these great trained people from George State University, Georgia Tech and Emory and others who end up leaving the state sometimes when they can’t find the job that they are looking for,” he says.

Georgia’s economic developers have made a major push to get higher paying innovation based jobs and discretionary incentives into the university system. “And that is important for the single fact that we like to see the salary needle move here in Georgia,” Cummiskey notes.

Andrea Schruijer, executive director of the Valdosta-Lowndes County Industrial Authority, says that based on the area’s location on Interstate 75 and proximity to Interstate 10, its target market is logistics distribution supporting advanced manufacturing in the food processing and packaging businesses. The community features a Home Depot regional distribution center built in 2008, which has undertaken a $2 million expansion; and a Lowe’s regional distribution center that opened in 1996; and which conducted a $20 million expansion in 2005.

The community has also spent $14 million to create two new industrial parks. “Hopefully we will see an increase in the food and beverage industry here, meaning more processing and packaging in our area,” Schruijer, says.

Forshee says that another reason for the Pinewood deal was access to the world’s busiest airport in Atlanta. The Hartsfield-Jackson Atlanta International airport accommodates more than 260,000 passengers daily, with 207 domestic and international gates. “It’s also another reason why we have a lot of international companies and a lot of manufacturers that need to get product out quickly and a lot of company headquarters here,” Forshee says. Many international companies will locate their first U.S. operation — “an initial beachhead operation” —  in Atlanta or Fayette County because of access to the quality of life in the community.

Georgia has a lot going for it: a moderate climate, great beaches, forests, mountains, and rivers and streams. All major Georgia cities, including Atlanta, are below the national average for cost of living,

The state is home to more than 60 state parks and a dozen national parks, including the world-famous Okefenokee National Wildlife Refuge and the Chattahoochee National Forest.

Each day, more than 75 countries and 150 U.S. cities are a non-stop flight away from Atlanta’s Hartsfield-Jackson International airport. Overseas flights increased in 2012, with the opening of the Maynard H. Jackson, Jr. International Terminal.

But with all this going for it, there is still an ambitious agenda underway and no one is resting on their laurels. Cummiskey says that he would like to see the state develop more innovation-based businesses, such as life science and biosciences. “I think the Research Triangle near Durham, N.C., and the Palo Alto, Calif., areas have been at it for a lot longer, and we are newer to that arena,” he says. “But we are not far behind. It’s not like we have to change a lot to get more innovation jobs. We just have to make sure that we are marketing ourselves in the correct way.”

Georgia has more than 500,000 acres of man-made reservoirs, 12,000 miles of warm water streams, 4,000 miles of trout streams, and 2,500 acres of tidal waterways, as well as outstanding federal lands like the Chattahoochee-Oconee National Forest in northern Georgia; and the Okefenokee Wildlife Refuge in the Charlton, Ware, and Clinch counties of southeastern Georgia.