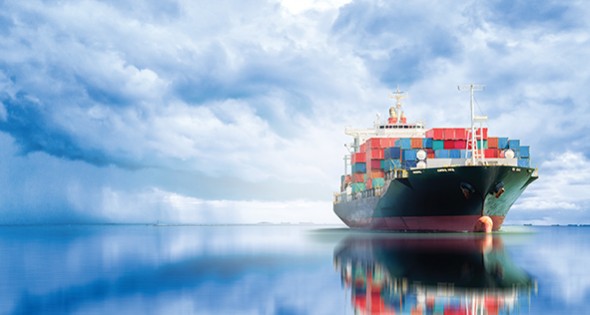 Seaports and inland waterways scramble to capture an economic development boon in how cargo is handled.

Increased commerce on the waterways is causing waves of development in old ports revising their offerings and new ports finding a pathway to economic success.

In 2006, United States deep-draft seaports and seaport-related businesses on the Great Lakes and coastal ports generated approximately 8.4 million American jobs and added nearly $2 trillion to the economy, according to a just-completed study by a Martin Associates in Lancaster, Pennsylvania, a business consulting service that specializes in port-sector economic impact studies, performing more than 300 individual economic impact analyses using port strategic and master plans for more than 40 ports throughout the country.

Of the 8.4 million Americans working for ports and port-related industries in 2006, nearly 7 million were employed by firms involved in handling imports and exports, such as retailers, wholesalers, manufacturers, distributors and logistics companies.

Louisiana has three of the top ten ranked ports by tonnage, according to the American Association of Port Authorities (AAPA), with southern Louisiana ranked first with 267,392 tons in 2014.

South Louisiana is also ranked the 14th largest port in the world for total cargo volume in 2015, the highest ranking for any U.S. port.

The ports of Los Angeles and Long Beach ranked 19th and 20th respectively for most container traffic, at 8,160 TEUs (twenty foot equivalent units) in L.A. and 7,192 in Long Beach.

But there’s more to come, now that the Panama Canal expansion project has been completed, enabling larger vessels to move through the locks there.

A U.S. Army Corps of Engineers (USACE) report in 2012, “U.S. Port and Inland Waterways Modernization,” stated that the U.S. is taking steps to address the critical need for additional port and inland waterway modernization to accommodate post-Panamax vessels (larger vessels than the Panamax ships, able to carry approximately 14,000 TEUs).

While the U.S. has ports on the west coast (Los Angeles, Long Beach, Oakland and Seattle/Tacoma) and east coast (New York, Baltimore and Hampton Roads) ready with post-Panamax channels, there is currently a lack of post-Panamax capacity at the Gulf of Mexico and south Atlantic ports, which are the regions geographically positioned to potentially be most impacted by the expected changes in the world fleet.

The USACE currently has 17 studies investigating the opportunity to economically invest in deep draft ports.

At the Port of South Louisiana, at the end of a 54-mile inland stretch of docks along the Mississippi River between New Orleans and Baton Rouge, there are a number of key industries represented, most with their own docks.

The port is the largest bulk cargo port in the world. The USACE reports that the port handles an average of 4.5 million tons of cargo per week

Paul Aucoin, the executive director of the Port of South Louisiana, says that the docks along the 54 mile river are considered part of the port. “We provide them with a lot of our services, including security, boats for hire and rescue,” he says. “We also provide them with financing and help them with using bonds.”

He says to date, they have provided up to $1 billion in finance assistance for docks located in their port district. “I would like to add that we had $23 billion of new investments located in the port because of the available land and the deep water here, plus the abundance of natural gas that they can use.” There are 20,000 acres of land available at the port for development.

Being located inland with access to the both the Mississippi and the Gulf of Mexico gives businesses quicker access to rail and interstate distribution. “We are planning to build a container port next, and ship containers to Memphis and Chicago and St. Louis by barge, which is the least expensive way to ship containers there.”

Aucoin says that the port just signed an agreement for 1,500 acres of property with 3,000 feet of river frontage. “We are always looking to expand our market because our goal is to create jobs by bringing in industry.”

Directly west across Louisiana from the Port of South Louisiana is the Cameron Parish Port Terminal and Harbor District, near Beaumont, Texas.

Here, the east and west ports in Cameron Parish were recently consolidated into the district. There is also an additional, private, $1.5 billion port being developed. “So if you count the Cameron ports as one rather than two, we have five ports in operation in our region, and one private port project under development,” George Swift, president and CEO of the Southwest Louisiana Development Alliance (SWLA), says. “So with this five parish (or county) region of 300,000 people, there are now five and soon to be six ports. That is a big thing for us.”

He says that they have $45 billion of industrial projects now in the area under construction, and another $72 billion in various stages of permitting and planning. “We are seeing $117 billion investment in the region,” he says. “Ten of those projects are liquefied natural gas projects, and the others are ethane cracker units and chemical companies. There are more announcements pending.”

The future of ports

According to the AAPA, the push for ports to evolve as technologically-advanced entities that adhere to increasingly strict environmental protocols while providing cost-effective and efficient service to their customers became easier in 2011, thanks to an initiative that brought together seven west coast ports – the Ports of Portland, Seattle, Tacoma, Los Angeles, Vancouver US, San Diego and Long Beach – which collaborated with the International Institute for Sustainable Seaports (I2S2) to produce the West Coast Ports Sustainable Design and Construction Guidelines.

Based on a “beyond compliance” mindset, the guidelines focus on the design and construction phases for major port infrastructure projects, and although specific to west coast ports, are flexible for use by ports around the country.

The Port of Baltimore, one of the first east coast ports to have the necessary infrastructure to accommodate the large Panamax ships, has now been servicing those ships since last July.

The port has been competing with Miami and other smaller east coast seaports who have been spending millions to accommodate the larger ships. For example, Miami spent more than $1 billion in capital infrastructure projects to transform Port Miami to a major U.S. global gateway. “It’s really been an arms race among east coast ports,” Richard Scher, director of communications for the Maryland Port Administration, says. “And that race includes having the other ports have their channels deepened, and to obviously pay for the necessary infrastructure such as larger cranes.”

Ports America Chesapeake, working in a private-public partnership with the Baltimore port, bought four neo-Panamax cranes for the Baltimore port, which are basically supersized cranes, along with funding the deepening of one of their container berths to 50 feet.

The Baltimore port is still working on developing the capability of transporting double stack rail, hindered for years because of the limitations in the height of the Howard Street tunnel, a key access route, which was built in the 1890s. But they are working on that now. “We need to get over that hurdle, but we are on the road to doing that now,” Scher says.

They have already partnered with CSX to submit an application to the federal government for funding from the Fast Lane grant project for the estimated $155 million expansion project, and expect to hear back about that application later this year. “Early indications we are already hearing is that it looks favorable to us. So I am cautiously optimistic.”

The port is also positioned near some of the largest consumer markets in the country – New York, Maryland, Washington, D.C. – and is the closest east coast port to the Midwest, further inland due to the Chesapeake Bay. “That’s crucial when you consider the heavy duty farm machinery and construction machinery that needs to be shipped to the Midwest,” Scher says.

He says they envision even larger ships coming to the port in the near future. “Today, the largest container ships we have handled here have been 9,300 TEUs (twenty foot equivalent containers). With our deep channel and super-sized cranes, we are able to handle ships with 14,000 TEUs.”