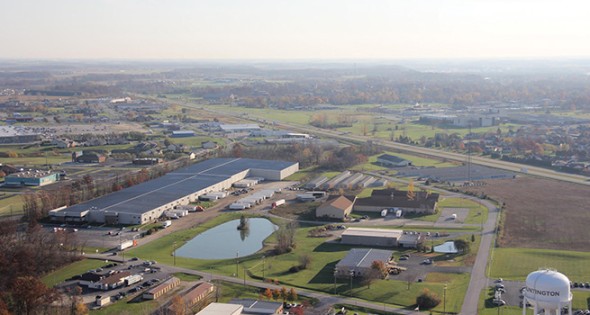 Indianans are known for being modest; however, economic development officials are well aware they need to tell the story of the state’s economic comeback through a larger megaphone.

A combination of corporate and personal tax reductions, the addition of right-to-work legislation, and a 4.4 percent unemployment rate (lower than its surrounding states) are garnering the attention of the business investment community. The state’s business climate has been favorably recognized by organizations such as the Tax Foundation, and publications such as Forbes. Further, 14 percent of Indiana’s annual state budget is comprised of cash reserves.

“The No. 1 thing I hear from potential and existing employers isn’t that we need more tax breaks or more infrastructure; the No. 1 item is workforce,” says Victor Smith, secretary of commerce, Indiana Economic Development Corp. (IEDC). “It is not unique to Indiana.”

Smith says Indiana continues to expand its workforce, where unlike its nearby states, Indiana’s workforce has grown by more than 50,000 people. “Not only are we absorbing those people but our unemployment rate continues to go down,” Smith says. “We need to accelerate it [workforce].”

One way is through investments in quality of place assets located throughout the state. On December 15, the winners of the Indiana Regional Cities Initiative were announced by Gov. Mike Pence and the IEDC’s board of directors. Three regions, North Central, Northeast and Southwest Indiana, will each receive up to $42 million in state matching funds through the Regional Cities Initiative to advance talent attraction through quality of place initiatives. The awards are subject to legislative approval.

Smith says this pilot program is “a play for human capital because we recognize the economic growth has been fantastic and in order for us to continue, we need more people. We get a lot of students from out of state and when they graduate, they leave. We want to keep them here. We want to make a fun, sticky place.”

Representing the northeast region is the Northeast Indiana Regional Development Authority, which consists of 11 counties, the largest single block in the Regional Cities Initiative, says Mark Wickersham, executive director, Huntington County United Economic Development, a member of the regional authority. “In this 11-county market there is a level of collaboration that I suspect is hard to find, if not unmatched,” he says.

In order for these counties to create their development authorities, participating communities had to pass enabling legislation to participate. Indiana has seven-member county councils, which meant that in the northeast part of the state, 77 people in the 11 counties had to work together for the benefit of the region.

Wickersham says the funds awarded to his region will support projects such as fine arts centers, museums, and connect hiking trails. One of the area’s high profile projects is a multibillion revitalization of the riverfront in Fort Wayne.

Smith says the main industry pillars in Indiana include: advanced manufacturing; agriculture and agribusiness; logistics; and life sciences. Major project announcements include GM’s announcement that it will conduct a $1.2 billion expansion of its Fort Wayne plant, selecting the plant over a location in Mexico. Jet engine manufacturer, Rolls Royce, has announced its largest investment in a plant ever, where it plans to conduct a $600 million expansion in Indianapolis to support new engines and new cores. The company employs nearly 4,000 people in the state, Smith says.

Indiana is home to three Japanese auto OEMs; Subaru, Toyota and Honda. Subaru has announced a $140 million expansion of its plant in Lafayette, expecting to add 1,200 jobs. The company will employ more than 5,000 people at the plant. Auto suppliers are also expanding, including NTN Driveshaft Anderson Inc., which manufactures drive shafts and bearings. The company will make a $127 million investment at its facility in Anderson, Smith says. Huntington County is home to auto industry suppliers including Continental Structural Plastics and Bendix Commercial Vehicle Systems.

Wickersham says Warsaw and Northeast Indiana are also world leaders in the manufacture of orthopedic devices, as well as the surgical instruments and kits.

Another industry cluster that continues to thrive in Indiana is transportation, distribution and logistics. The state is known as the “Crossroads of America,” and Hendricks County is the crossroads of Indiana. Interstates 70 and 74 run through the county. The county also benefits from its location near the Indianapolis airport and a large FedEx hub. The county is home to large distribution facilities for Walmart Stores and Amazon.com, for example, and has nearly 40 million square feet of logistics-related space under roof. These companies are supported by logistics training and industry-specific certifications from area schools such as Vincennes University and the local Ivy Tech branch. Plainfield High School offers instruction where students graduate work ready or go on to higher education courses. “Our communities have put training dollars on the table to assist companies with training,” says Cinda Kelley, executive director, Hendricks County Economic Development Partnership. 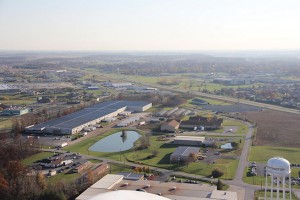 Communities and regions throughout Indiana are hard at work compiling their companies’ workforce training needs in order to fill jobs and provide effective training programs. A $1.3 million industrial skills learning center is under construction in Huntington County. Training will include industrial maintenance, CNC machining, and EMS training and certifications for emergency responders, among other programs. Wickersham says the county is part of the regional Road to One Million initiative. Part of the effort includes the www.neindiana.com website, which contains a comprehensive workforce-related reference site.

“We are working together to encourage educational attainment, quality of place improvements, as well as employment opportunities to see our population expand beyond what it would do on its own,” Wickersham says. “By 2037, if we let population growth patterns take care of themselves, we will be in decline.”

In Hendricks County, the Hendricksjobs.com campaign has seen great success in its first six weeks (at the time of the interview in mid-November 2015). Stakeholders had identified 1,400 available jobs in the county, Kelley says. There had been 21,700 unique visitors to the website, where 846 visitors clicked on at least one “apply” link to fill out an application. More importantly, employers have shared that hiring is taking place.

“Indiana has put people back to work and our unemployment rate has dramatically decreased,” Kelley says. “In Hendricks County, we are at a 3.2 unemployment rate, and as we continue to grow, we need to align training with the jobs that are being created.” Hendricks County is one of the fastest growing counties in the state. “We expect we will add another 7,500 primary jobs to our county and bring in new investment that will total more than $230 billion in the next five years,” Kelley says.

Kelley says county officials have asked the Metropolitan Indianapolis Board of Realtors to review the county’s job growth numbers and existing housing inventory in order to align housing with the jobs being created in the county. And officials have established people movers to support their employers through the Plainfield Connector, which busses in workers from nearby Indianapolis.

In a testament to Indiana’s economic turnaround, Smith points to the relocation of a second-generation, family-owned company from Illinois to East Chicago, Indiana. Hoist Liftruck, which makes lifts up to 60-feet tall, is in the process of moving its operations to a 600,000-square-foot facility in East Chicago. The company’s management teams says the company will save nearly a half a million dollars in workers’ compensation insurance costs. “That is before we talk about any tax benefits,” Smith says.

“We were tested in the sense that our economy was devastated as part of the recession of 2008,” Wickersham says. “In our county, unemployment peaked at 14.3 percent; it is now 3.5 percent. We had 2.3 million square feet of idled industrial property; now we have just 200,000 square feet of idled space available.

“We are aggressive and creative in meeting the needs of employers that are evaluating our market,” Wickersham continues. “I am sure they hear that elsewhere; we have demonstrated collaborations that are as competitive, if not unique.”

“The state is a good place to do business, and our communities are willing to work with local companies to retain investment and also work with companies looking to locate in their communities,” says Susan Reed, director of economic development and community outreach, Indiana Municipal Power Agency. The agency is a wholesale electricity provider to 59 municipalities in Indiana that own their own electric distribution systems.

Reed says the agency offers support to economic developers by assisting communities with rate structures for large industrial customers, creating rates that are effective for the long term and not just the short term. “We also have incentives that encourage energy efficiency improvements for existing facilities and help communities by providing sponsorships to help prepare shovel ready industrial sites,” she says.

“We are starting to focus on site readiness to help our economic development partners by giving them a stronger portfolio of sites when it comes to marketing,” says Brian Anderson, director of economic development, Wabash Valley Power Association. The company is a generation and transmission utility for a 23-member cooperative, spanning northern Indiana, and parts of Illinois and Missouri.

Anderson says the Wabash Valley Power Authority also offers a range of services to support the cooperatives, such as the Power Moves energy efficiency program, which consists of credits, customized project planning, cash incentives, and engineering services. “For the really large user, we have staff who will manage their energy portfolio for them,” Anderson says.

Anderson says the state’s Ivy Tech Community College system is an asset to industry, where skills are portable from one region to the next, which allows for rapid deployment. “The sky is the limit because you can’t go anywhere in this state without seeing help wanted signs,” he says. “Coming from Michigan where I was at nine months ago, I hadn’t seen something like that in 20 years. It is refreshing to see that the state is on such an upswing that everyone is looking to hire.”

In December 2015 when the governor and the IEDC awarded the winners of the Regional Cities Initiative, officials selected all three regional groups under consideration, as opposed to choosing two regional groups, in order to support even more quality of place developments across the state.

Smith notes the investments made by the communities, combined with the state funding, will create quality of place assets attractive to executives and their employees. “We want to create creature comforts, and a cool place to live,” Smith says.