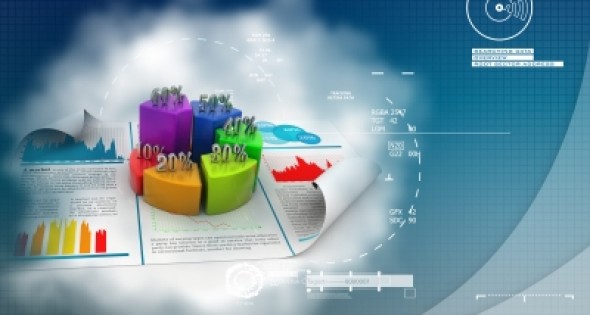 By Rachel Hamilton
Indiana is thriving, building new infrastructure and seeing growth in “businesses from all different industries,” says Eric Doden, president of the Indiana Economic Development Corp.
Doden touts Indiana’s financial management as a major factor in its ability to invest in its future. “This is a great state to look into to place your business,” he says. In addition to having a high quality of life and major infrastructure improvements coming to fruition, Indiana is also a right-to-work state.
Communities were hit hard in the recession, but you wouldn’t know it now in Huntington County in the northeast corner of the state. “Our community was pretty well hammered by the recession,” explains Mark Wickersham, executive director, Huntington County United Economic Development. The county had an unemployment rate of 14.3 percent in June 2009 and 2.2 million square feet of vacant industrial buildings.
“Since that time, we’ve had 70 new industrial projects — expansions and 16 new industries locating in Huntington County — and $230 million in investment,” Wickersham says. The area’s unemployment rate was down to 4.6 percent as of September of 2014, and their industrial occupancy is radically higher.
Hendricks County has also seen economic improvements, and substantial population growth. “We have found that wonderful niche of being in a hub, but being able to hold onto that community feel that young families are looking for,” says Cinda Kelley, executive director, Hendricks County Economic Development Partnership. “For our companies, that’s a real plus. That talent pool is accessible to them.”
From Interstate 70 south to the Ohio River, Hoosier Energy Rural Electric Cooperative Inc. serves most of the rural communities providing infrastructure to companies. “We run the full gamut from being very involved to only providing information on electric service,” says Harold Gutzwiller, manager of economic development and key accounts for Hoosier Energy.

Industries and Innovations
Indiana’s aviation sector is expanding with a $100 million investment in GE’s next generation jet engine facility in Lafayette, Doden says. Construction is underway, and service is expected to commence in 2016.
The automotive industry in Indiana is strong and diverse as well. Honda, Toyota, Subaru and General Motors all have a presence in the state.

Aerial image of the Markle Industrial Park, located on Interstate 69, which has shovel-ready sites available.
Photo courtesy of Mark Wickersham

Continental Structural Plastic (CSP) is part of the automotive pipeline as a manufacturer of exterior body panels for the Chevrolet Corvette Stingray and the Lincoln MK line of vehicles, as well as Ford’s Raptor series.
When people have an emotional reaction to a Stingray, says Wickersham, “Whatever you saw that lead you to that emotional reaction is primarily manufactured in Huntington, Indiana.” Bendix Commercial Vehicle Systems has a manufacturing campus in Huntington as well.
Huntington County is a good example of the international diversity in Indiana companies. Australia, Brazil, Canada, France, Germany and Japan have a presence in the state, Wickersham says — each in different sectors, from steel to chemicals to earthmoving attachments.
Indiana’s technology sector is also experiencing growth. Angie’s List started in Indiana and announced an expansion in October of 2014 that is expected to create 1,000 jobs. “Exact Target was purchased by Salesforce,” Doden says, “They’re expanding and growing.”
“We’ve seen a lot of biomedical and life sciences,” Doden continues. He lists Eli Lilly & Co. and Zimmer, which has recently acquired Biomet Inc., as strong examples in the state. Eli Lilly is a pharmaceutical manufacturer, and Zimmer manufactures orthopedic implants.
“We also do very well in the insurance sector,” Doden says. “Geico put in a big facility here.”
“Indiana and the Midwest are certainly considered manufacturing centers, but we hadn’t been,” Kelley says of Hendricks County. Now, Hendricks County is home to distribution centers (Walmart.com), motor sports (Lucas Oil Raceway at Indianapolis) and medical devices (Covidien LP).
Talent and Education
Indiana is “working hard” to provide “the best vocational and technical training in the country” to its workforce, Doden says. The IDEC, he explains, provides “systems for companies to customize training to meet their needs” in their own industry or sector. One such system is the Skills Enhancement Fund for training workers.
WorkOne, which Wickersham explains is the workforce training arm of Indiana, helps match employers with job seekers as well as providing job seekers and employees with training.
Huntington County has “one public school corporation,” with 2,200 high school students, Wickersham says. The school system, he explains, offers a separate learning program called New Tech, where students create contracts with each other and hold each other accountable for finishing projects — a valuable skill set in many workplaces.
The students then have internships available thanks to collaboration by the local chamber, the United Way, the Ivy Tech education system and other area colleges and WorkOne.
Hendricks County is home to several local colleges, and their representatives are often brought to the negotiation table to speak with companies directly about how their workforce training needs will be met. “Our community has been pretty aggressive,” Kelley says. “It makes a significant difference to have that person across the table.”
Superintendents of schools in Hendricks County are making efforts, Kelley says, to ensure that their students who are not college bound get opportunities to learn the skills they need “to be prepared for the local workforce when they graduate.” 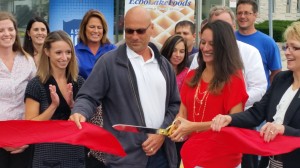 Assets
“One of the most important things a state does is infrastructure,” Doden says. Indiana’s Major Moves program, a 10-year $10 billion investment is in its final year. This includes work on interstate highways, state highways and bridges, and has been crucial in Indiana’s distribution sector.
“We’re the crossroads of America, and a day’s drive to 80 percent of the U.S. population,” Doden continues, explaining that, impressively, Indiana has maintained a AAA credit rating, balanced its budget and now operates on a surplus on top of being able to invest in its infrastructure.
“On Jan. 1, 2012, the city of Huntington had $8,000,” Wickersham says. “Now, we have a little over $2 million in surplus. Economic growth, infrastructure investments, a careful recovery plan from the mayor and “operational efficiencies within the government itself” are the factors to which he attributes the financial improvements.
Huntington County also has a telecom company. “Metronet builds fiber to the premises,” Wickersham explains. “Every building in the city limits and now buildings outside of it” have access to gigabit speeds and fiber optic Internet. “Unlimited bandwidth has really helped stabilized our housing market,” he continues. “Any building can now become a home office for any Internet activity.”
Hoosier Energy empowers small communities or economic development entities to provide shovel-ready sites by helping them complete soil boring studies, wetland delineation, and archaeological studies and offsetting some of the costs.
Hoosier Energy is a co-op, and the 18 member systems that own it are also the same 18 customers it serves in communities throughout the southern portion of the state and into Illinois. “We want to emphasize that while we’re a co-op, we have the ability to meet nearly every need from an electric standpoint” Gutzwiller says, adding that that goes “from the small manufacturers to a Honda assembly plant.”

Indiana has three ports and has access to three significant bodies of water, the Ohio and Wabash rivers and Lake Michigan. Indianapolis International Airport is located in the southeastern quadrant of the Indianapolis area near Interstate 70 and the city’s belt highway, Interstate 465. It is home to the second largest FedEx hub in the world, the largest being in Memphis International Airport in Tennessee.

Outdoors and Recreation
Falls of the Ohio State Park is located just off of Interstate 65 in Clarksville and features 365 million-year-old fossil beds, an interpretive center complete with specimens and aquariums and the chance to view fossils in the beds themselves.

Lifestyle
“Indiana is seventh in the cost of living index,” Doden says. “Low cost sometimes means low quality. In Indiana, that’s not the case.” He lists Carmel, Columbus, Bloomington and Fort Wayne as cities with high rankings for quality of life.
The green space in Hendricks County was the highest ranked criterion for why people wanted to live there, according to a survey sent out by the HCEDP, Kelley says. The economic development agency sent out the survey as part of a response to their recent rapid population growth. Health care and school districts were also important to residents.
Roanoke in Huntington County is a hub of culture created in large part, Wickersham says, to the efforts of Pete Eshelman for the direct benefit of former Yankees owner George Steinbrenner. Eshelman devised a specialty insurance company that now provides risk management and long-term health policies to Major League Baseball, and often had Steinbrenner out to Roanoke.
Eshelman was crucial in starting Roanoke’s 5-star dining scene, which has now grown to 5-star executive suites, world-class wineries. “That has all snowballed,” Wickersham says. Roanoke also attracts off Broadway performances.
The capital city is of course home to the Indianapolis Motor Speedway and the Indianapolis 500.
Indiana is home to three professional sports teams, the Colts (NFL), the Fever (WNBA) and the Pacers (NBA). The NCAA, the main governing body of collegiate sports in the United States, is also located in Indiana.