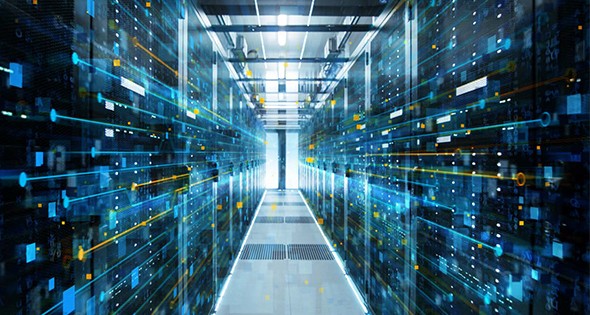 Information Technology Everywhere, All The Time

When discussing information technology, or IT, the focus is generally not on what exists now but
where it is going, how fast it is growing, and what to do to keep ahead of how and what it is doing to industry of
all kinds.

Make no mistake – information technology, or digital technology, is everywhere, all the time, and growing. “Increasingly, the digital economy IS the economy,” read an open letter to the World Trade Organization (WTO) ministers as published January 25. WTO is the only global international organization dealing with the rules of trade between nations. “The digital economy and the global e-commerce boom are creating unprecedented opportunities for businesses from all sectors, of all sizes, and from all countries,” the letter continued. “Improving the enabling environment for digital trade and global e-commerce is particularly critical for micro, small and early-stage businesses to unlock customers, suppliers, and partners in new markets, integrate into global value chains, and manage their operations.”

According to a report by the Computing Technology Industry Association (CompTIA), a tech industry advocacy organization and IT think tank, the global information technology ecosystem is estimated at $4.8 trillion; $1.6 trillion is the estimated direct economic output of the tech industry in the U.S., representing 9.2 percent of the national economy.

Some other key indicators show just how big a deal the digital economy is today. According to research by CompTIA, there are 11.5 million people working in the U.S. in digital technology, and 194,000 new tech jobs were added in 2018. There are 1.4 million software and web developers, the largest and fastest growing category of tech jobs, and 2.8 million postings for tech occupation job openings in 2017.

Over the last two years, California added the most number of tech jobs (43,600), followed by Texas (13,390) and Michigan (13,160). Massachusetts has the highest concentration (10.6 percent) of tech workers relative to its overall employment base, which means citizens of the state are more likely to hold a tech job relative to other industry sectors.

These are good jobs, representing an average annual salary of $112,890, more than double the national average.

The CompTIA report found that, during the 2016-2026 time period, projections from the U.S. Bureau of Labor Statistics indicate the base of tech occupations will increase by 626,000 new jobs. When factoring in the need to replace retiring or career-change workers, the total potential tech workforce need will exceed 1.2 million through 2026.

Tech jobs grew most in health care and social assistance from 2011 to 2017 (2.5 million), followed by accommodation and food services (2 million) then administrative/support/waste management (1.2 million).

Good news/bad news: Too much data

One of the growing problems with information technology is the amount of data being collected. As more sensors in more places (satellite imaging, roadways sensors, security cameras, highway monitors) generate more information, there is a problem of how to manage all of that information, and then use an up-to-date, organized set of data analytics to either identify or solve a problem.

Reaching exascale-level computing is a technical milestone that is expected to have profound impacts on everyday life. At the exascale level of computing speed, supercomputers will be able to more realistically mimic the speed of life operating inside the human body, enabling promising new avenues of pursuit for biomedical research that involves clinical data.

The majority of that data is being generated by and utilized for e-commerce. The United Nations Conference on Trade and Development estimated the total value of global e-commerce transactions, both domestic and cross-border, at $25 trillion in 2015. This represents an increase of around 56 per cent compared to 2013.

Government agencies are huge data users as well, and are looking into developing their own cloud system, or commercializing the cloud where they currently store data, in an effort to get more digital storage space for their massive amounts of data.

For example, The National Oceanic and Atmospheric Administration (NOAA) has more than 100 petabytes (PB) of environmental data, and generates more than 30 PB a year (and tens of terabytes a day) from satellites, radars, ships, weather computer models and other sources.

Because of limitations of traditional data portals, only about 10 percent of those data are accessible via NOAA websites to the general public, and are difficult to work with because of the volume of data.

To address this concern, in 2015, NOAA implemented the Big Data Project, under which commercial cloud providers host NOAA data at no cost to the agency and make it available to the public.

The National Aeronautics and Space Administration (NASA)also maintains a large archive of environmental data, with more than 20 PB stored as of 2017, and it projects that the archive will grow to nearly 250 PB by 2025.

NASA’s Earth Observing System Data and Information System (EOSDIS) is in the middle of a critical project prototyping, testing, and evaluating a significant change in the way data users access and use NASA Earth Observation (EO) data by moving EOSDIS data to the cloud.

The National Institutes of Health (NIH) reports that they support the generation and analysis of substantial quantities of biomedical research data, such as quantitative and qualitative datasets from fundamental research using model organisms, clinical studies (including medical images), and observational and epidemiological studies (including data from electronic health records and wearable devices). 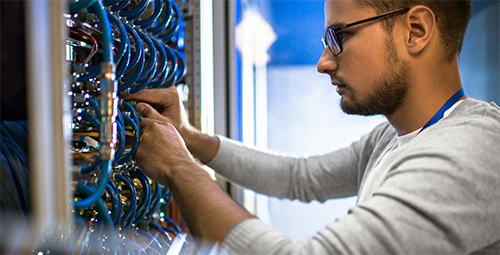 By 2025, the total amount of genomics data alone is expected to equal or exceed totals from the three other major producers of large amounts of data: astronomy, YouTube and Twitter.

NIH is desperately looking for help as well. According to an NIH report, the ability to experiment with new ways to optimize technology-intensive research will inform decisions regarding future policies, approaches, and business practices, and will allow NIH to adopt more cost-effective ways to capture, access, sustain, and reuse high-value biomedical data resources in the future: “To this end, NIH must weave its existing data-science efforts into the larger data ecosystem and fully intends to take advantage of current and emerging data-management and technological expertise, computational platforms, and tools available from the commercial sector through a variety of innovative public-private partnerships,” NIH states on its website.

With more and more data generated, and more and more intellectual property to protect about consumers and products and services, what should be the priority of the chief information officer at a mid-sized or startup company? “The number one and number two priorities are cloud computing and cybersecurity,” Ned Miller, chief technology strategist for the McAfee Public Sector division, says. “As CIOs look to their lines of businesses that are really driving the IT infrastructure to a point of getting to market as quickly as possible with their offerings, that will continue to put pressure on the CIO and the IT shops to also keep up with that go-to-market strategy, and that is where the pressure and continuous evolution of the cloud and cybersecurity will go in the next 5-7 years, and continue to grow.”

More data about individual consumers is being racked up faster and faster for e-commerce use because of better organized and more useful analytics that come from sensors and automatically generated reports from formerly mundane events as shopping behavior.

On one hand, that is a good thing – we humans want to do things faster and more efficiently. On the other hand, more and more business entities are sharing personal information often without the consumer knowing about it. Consumers are locked in an ongoing battle between privacy and security about their private information. “It’s an interesting balance,” Miller says. “There is a healthy debate on what is the right balance of exposure to convenience. I think that we will continue to see people looking for convenience factors. As a result, we will continue to see risks introduced at the same time that the technical innovation tries to take advantage of the device you have in your hands or the tablet you are using. I do believe we will see additional risks to individuals as technology continues to innovate.

“For those that are the pure entrepreneurs that have a business model and a passion to deliver something that is a core competency, but they are not a subject matter expert, for the IT infrastructure and the cyber security infrastructure, I strongly recommend that they should outsource it. Treat it like the true utility it is, and just check that box instead of trying to do it yourself.”