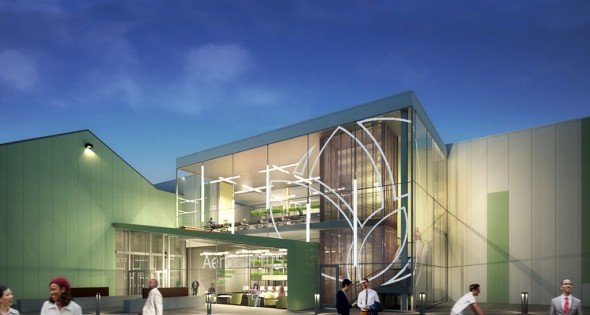 “I am not in this to build a farm. I am in this to change the world”
That’s David Rosenberg, CEO of AeroFarms LLC, the business development visionary and serial entrepreneur behind one of the most innovative farming installments in the world, which doubles as one of the most innovative ways to revitalize an urban core of a city.
Rosenberg’s farm grows 200 different kinds of leafy greens with no soil, no sun and 75 percent less water than a similar growing operation in a greenhouse and 50 percent less fertilizer. And because of the spectrum of light used (no green), bugs are not attracted to the plants and no pesticides need to be used.
This aeroponic vertical farm will be built inside of a converted steel factory in the heart of Newark, New Jersey, which will also be the world headquarters for AeroFarms. The company will be the anchor tenant of a 69,000-square-foot development in the center of the four-square-mile, multi-ethnic Ironbound community in the East Ward of the city of Newark.
The building sat vacant for years before Rosenberg, along with the developer, Ron Bates Holding Group, and investment partners — Goldman Sachs Urban Investment Group, Prudential Financial, Inc., the city of Newark and the New Jersey Economic Development Authority (NJEDA) — invested $30 million to redevelop this industrial site. The first phase of the project is expected to open later this year. 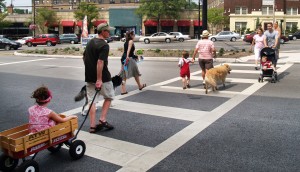 For more details about the organizations featured in this article, visit:
AeroFarms LLC