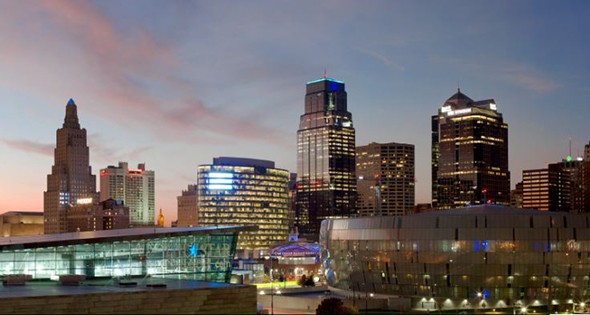 The Kansas City Area Development Council (KCADC) announced that the Kansas City region attracted 13 manufacturing, distribution and professional services companies in the last 12 months that will invest more than $1 billion and create 3,789 jobs. The news was announced at KCADC’s first “all-digital” annual meeting, attended by more than 1,500 business leaders and civic partners, as well as national site location consultants and individuals across the country with connections to KC.

“KC placed a strategic investment several years ago in our market’s inherent strengths for manufacturing, logistics and eCommerce. This investment led to the creation of KC SmartPort, which elevates the region’s competitive advantages through consistent messaging to companies in these industries, and is paying dividends today,” said Tim Cowden, president and CEO, KCADC.

He added, “With more than 231 million square feet of existing industrial space, ample land for new buildings, a skilled logistics workforce and robust power and fiber infrastructure, Kansas City is primed for additional growth in the industrial sector.”

In 2020, KCADC helped attract prominent companies, including an 880,000-square-foot distribution center for Urban Outfitters, Inc., a 1,200-person eCommerce center for Chewy, Inc., and manufacturing facilities for Dot’s Pretzels and Tuthill Corporation, among others.

“Our priorities in identifying the home for our new omni-channel distribution center focused on people, and it was the quality of the local workforce that convinced us this is the right place to be,” said Dave Ziel, chief development officer of Urban Outfitters, which plans to open its $350 million facility in 2022.

As a stronghold for financial, shared services and tech operations, KCADC also celebrated national recognition for Kansas City as a destination for remote workers and future investment. These include KC’s ranking by Business Insider as the nation’s “Best Work from Home City,” and its status as a “Top Mid-Size City for Future Projects” by the Site Selectors Guild.

“With a lower cost of living, free Wi-Fi downtown, access to diverse housing options and an abundance of lifestyle amenities, Kansas City is an ideal spot for remote workers leaving larger urban areas due to the pandemic,” said Jill McCarthy, senior executive of corporate attraction, KCADC. “And there are plenty of new jobs for skilled professionals that relocate here.”

There are currently 49,000 open jobs in KC, and more than 15,000 jobs are created each year. Tech and highly-skilled jobs are growing faster in KC than in Seattle, Austin, Chicago and New York City, according to the Bureau of Labor Statistics.

“During such an uncertain time, KCADC’s success this year speaks to the highest level of professionalism, customer service and emphasis on regional collaboration that continues to move KC forward,” said Lisa Ginter, CEO of CommunityAmerica Credit Union and senior co-chair of the 2021 KCADC Board of Directors. “This community has tremendous heart, and I look forward to continuing to make a positive impact on the KC region by supporting and amplifying the ongoing efforts of KCADC.”

ABOUT KCADC:
The Kansas City Area Development Council serves the 18-county, two-state Kansas City area by marketing the region’s business and lifestyle assets to companies around the world. Working closely with its two states, and 50-plus county and community partners, the region has attracted more than 60,000 new jobs over its 40-year history. KCADC also leads the efforts behind the KC Animal Health Corridor, KC SmartPort and TeamKC. | thinkKC.com.

ABOUT GREATER KANSAS CITY:
Home to 2.5 million people, Kansas City is a vibrant metro in the heart of the U.S., known as “KC Heartland.” KC is a center for leading industries including eCommerce, technology, animal health, entrepreneurship, and is home to a renowned arts community. Visit KC.org, and follow @KCHeartland for more details.