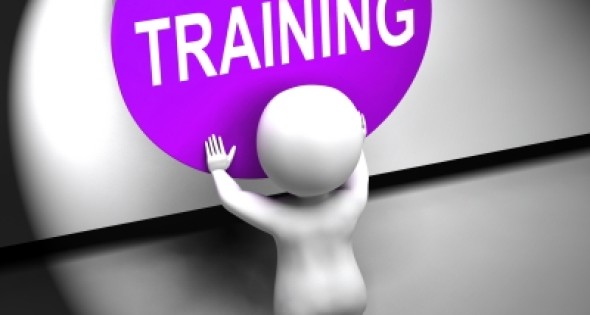 Steve Kelly, deputy secretary for business development for the Kansas Department of Commerce, says while it is still early in the legislative session, “Gov. Sam Brownback wants to continue to support the idea that he himself very strongly believes — that legislative support is an important factor for business development in a favorable regulatory environment.”
Kelly says that the governor also strongly supports developments on the workforce training side. “One of the things that always comes to the top of the heap in terms of desires from businesses is workforce,” Kelly says. “Is there an adequate workforce? Are they in a position where they can be valuable to a company?”
A technical workforce education program was initiated a little over two years ago through Senate bill 155, which essentially provides free tuition to high school students who pursue technical certifications. “We have seen a substantial increase in the number of students who pursue technical certification as a result,” Kelly says. 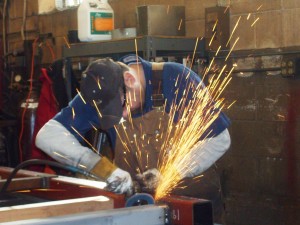 Another area that the state is interested in, and has an initiative for, is export and international trade, Kelly says. Kansas exported $12.45 billion in 2013. Through programs such as the ExportNow Kansas program, managed by Kansas Global Trade Services in Wichita, state officials want to identify those projects that can benefit from the initiative. “We are a small state population-wise,” Kelly says. “And we have a lot of manufacturing, and a lot of agriculture product generation. We can’t use all of the things we produce. We can’t eat all of the things we produce here. So we have to be aggressive in looking for export opportunities.”

Industries and Innovations
Kelly says the dairy industry is very interested in locating and expanding in Kansas. There has been an increase in dairy cow numbers, especially in the western part of the state. “We have been very involved in getting help for that industry, and in food processing in general,” he says. “We are a state that produces different commodities, and there is a feeling that if we can do more in terms of more value-added opportunities, it will be a very positive thing for us.”
In Topeka, Scott Smathers, vice president of economic development for GOTopeka Economic Partnership, says the city has a lot of advanced manufacturing, represented by iconic food makers such as the state-of-the-art, 500,000-square-foot Mars Chocolate North America facility, which brought in 200 new jobs when it opened in March 2014.
Asked about a business success story in Leavenworth, an hour’s drive east and north from Topeka, Steve Jack, executive director of the Leavenworth County Economic Development Corp., points to Cereal Ingredients, which just celebrated its 10th anniversary. 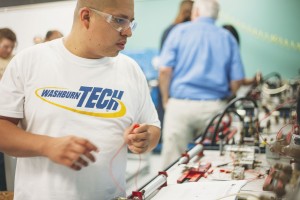 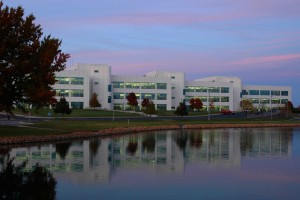 Security Benefit in Topeka is One of America’s leading retirement savings and income companies. Photo: GoTopeka

The company produces food particles that add flavor, texture and color to baked goods and cereals. The company recently expanded, adding another 40,000-square-foot building to its original building of that same size.
The expansion was the result of a lands-for-jobs deal, Jack says, where the company had to hire a certain number of employees for the county to forgive the cost of the 5 acres of land where the original building was built. “As a result of their success, we started to inventory other food processing related businesses in the county, and realized that is something that we do well,” Jack says.
In other ag-related industry activities, Kansas is also a strong player in the animal health side of the biosciences industry. A world leading industry corridor spans from Manhattan, east to the Kansas City Metro, down to Columbia, Missouri. “Between 35 and 40 percent of the world’s bioscience activity is occurring in that area,” Kelly says. A soon-to-be asset is the National Bio and Agro-Defense Facility, locating adjacent to the Biosecurity Research Institute on the campus of Kansas State University in Manhattan.
Advanced manufacturing firms have found an ideal business location in Parsons. Carolyn Kennett, economic development director, says Parsons’ advanced manufacturing operations are the result of a strong metal fabrication cluster of companies. “We had two new businesses locate here in the past year, both metal fabrication related,” Kennett says.
One is a rail car repair and manufacturing company, TM Track Machines, which opened in April 2014 creating 75 jobs in the area; the other is A & R Custom Forms and Fabrication, which provides welding services.
An emerging cluster in Topeka centers on financial services. “Probably our best kept secret is our financial services industry here,” Smathers says, citing Security Benefit, a financial retirement products company headquartered in Topeka, which manages more than $26 billion in total assets.

Talent and Education
In regard to workforce development, Kelly says the Workforce Aligned with Industry Demand (Workforce AID) program was designed to support areas where officials see the possibility of forming clusters, and would help align programs that are responsive to the needs of industries in that cluster. The Kansas Department of Commerce, in partnership with the Kansas Board of Regents, is implementing projects with this initiative in Topeka, Dodge City and Coffeyville, with more than 25 companies from industries such as food manufacturing, machining, welding, manufacturing production and industrial maintenance. More than 65 participants have enrolled in training programs around the state. 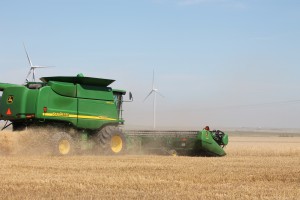 “If we have a community or region that has a lot of food processing, we develop programs around the needs as presented to us by the industry,” Kelly says. These have been done initially on a pilot basis, and each one is a little different. One program focuses on industrial maintenance workers, which are in high demand.
That’s what Smathers is seeing as well. “We sped up some specialized training programs with Washburn Tech,” he says, especially for high demand jobs such as maintenance engineers. Smathers recounts the story of one industrial business owner telling him that he can find somebody to program a robotic arm for his manufacturing process. “But what he can’t find is someone to replace one of the arms when it’s broken,” Smathers says.
Jack says the presence of Fort Leavenworth and the war games programming at the School of Advanced Military Studies located there, contributes to a ready workforce of people with master’s degrees and doctoral degrees in digital development and simulation strategies. “We have an available workforce that will still serve the fort but also creates increased availability to like-minded companies outside of the fort,” Jack says. “So this may be an area that we will be pursuing as well.”

Assets
Jack says Leavenworth County’s land inventory includes an industrial park in Tonganoxie, which is complete with utilities. “The city extended water, sewer and gas, along with the pipes that were already there,” he says.
Preliminary engineering work by TranSystems for this 237-acre site, just a couple of miles from a new Interstate 70 interchange, shows the site is suitable for one or more larger-footprint industrial and distribution facilities, although the site could also be developed with a larger number of smaller footprint buildings.
A marketing and feasibility study done for Leavenworth County found that the park could directly create 3,067 jobs and indirectly create another 2,150, with total wages of more than $1 billion during a period of 15 years.

Outdoors and Recreation
The 13-square-mile Konza Prairie is managed by Kansas State University, and there are many research projects are underway. Six miles of hiking trails in this virgin tallgrass prairie, the largest area of unplowed tallgrass in North America, are open from dawn to dusk, offering great views of the Flint Hills and the Kansas River valley.

Lifestyle
Joann Knight, executive director of the Dodge City/Ford County Development Corp., says the area in southwest Kansas has greatly enhanced its quality of life offerings. But there are challenges. “We are the only midsized community in Kansas that does not have a four-year university or interstate highway,” Knight says. 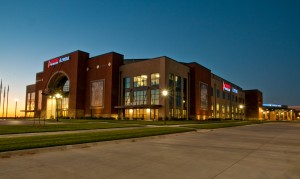 In addition, as a result of a 7 percent bump in workforce, the area is facing a housing shortage. “We have added 500 units of housing over the last three years and have about 300 units in the design phase now. So we are addressing that issue, which has really helped our existing industries be able to expand.”
Knight says as a result of a sales tax to build entertainment facilities, the community has opened a tournament facility for baseball, softball and soccer, as well as a $7 million racetrack and motorsports complex. The next project is a $10 million waterpark, which will be located in the heart of Dodge City. Construction is slated to begin this spring.
In Junction City, located in the middle of the state with Fort Riley nearby, has been going through a lot of changes. “We are adding a grocery store on the west side of town, which has really been underserved to date,” says Susan Jagerson, economic development specialist for the Junction City Area Chamber of Commerce. What’s more, the community has added residential developments in the last few years.
Officials are set to launch a capital investment campaign to raise private funds to enhance economic development services. “It will help us be able to get some options on some land, identify our commercial parcels and be able to provide some infrastructure to be able to provide for companies looking to come to the area,” Jagerson says.
Clearly, economic developments underway in Kansas have a lot of moving parts. “We have an economy that is very aggressive and much broader than people realize,” Kelly says. “And we have these areas of strengths, and they vary depending on where you are in the state. It’s our responsibility to try and grow faster, or grow a different cluster, or create industry opportunities as we have been doing, so that we can have as diverse and growing economy as we can.”