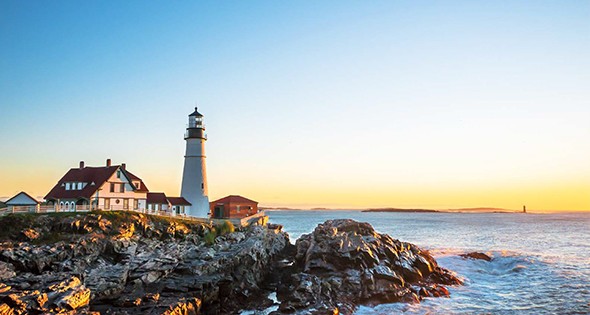 Despite the state’s relatively small population, Maine is an economically competitive state with a highly educated populace and a low unemployment rate. It is also a tourism mecca.

In an effort to spur new economic growth, Maine’s leadership has instituted progressive measures to assist startups and lure existing business to the Pine Tree State. According to the Department of Economic and Community Development, Maine’s competitive labor costs are 6 percent less than the U.S. per capita rate and the lowest in New England and has the nation’s lowest tax burden on new investment. In addition, the Wall Street Journal made note of Maine’s effort to cut taxes in order to promote growth and spur job creation.

The state’s business climate is diverse with healthy sectors in traditional manufacturing and shipping as well as technology and green energy. Maine has three commercial deep water ports and one intermodal Rail Facility with a Free Trade Zone and saw 22.7 percent clean energy and green job growth, far outpacing the national average of 9.1 percent.

Maine is similar to its fellow New England states for its quality of life. With more than 5,000 miles of coastline, outdoor recreation like whitewater rafting and sailing are plentiful. Additionally, Portland, Maine’s largest city with a population of 67,000, was recently ranked America’s most livable city by Forbes Magazine.

It’s been 100 years since the last ship was built in Richmond, but seafaring is still the heart of local Mainlanders. Just off I-95 and U.S. Coastal Route 1, this quaint New England community is accessible, navigable and anchored by loveliness. 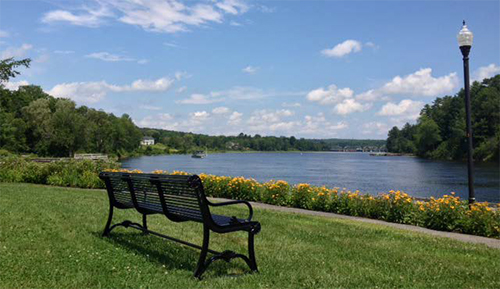 With 3,400 residents, Richmond is the kind of small town where there are no strangers. From end to end, locals can walk the path-friendly village to neighborhood schools, locally owned cafés, bakeries and downtown shops.

“Antique” in Richmond typically pre-dates the Civil War, not that locals mention that skirmish much. Built by the town’s most prominent and affluent families, historic Richmond features lavish Victorian, Italianate, and Greek Revival homes, beautifully framed in 19th-century brick and timber.

Huge chunks of the town’s wealth, however, were carved from blocks of ice.

In its heyday, Richmond’s ice trade was more valuable to Maine than gold was to California. More than 50 massive icehouses lined the shores of Kennebec River, making Richmond the largest ice exporter Down East.

“Water is still our lifeblood,” says Darryl Sterling, Richmond’s Director of Community and Business Development. “Our riverways connect us to the outside world, while preserving our town’s historic charm and unique quality of life. We have the, pristine beauty of living on the Kennebec River but with all the access to major waterways and interstates.”

However you get there, Richmond is worth the travel, and daily commutes are a pleasurable drive. Tucked away like a jewel in a sea chest, the village is veiled in scenic beauty. Coastal Richmond features a revitalized harbor, shorefront and downtown district, while serving as an industrial center for precision manufacturing, composite materials production, shipbuilding, and environmental engineering. Top employers in the area include L.L.Bean, Brunswick Landing, All States Materials Group®, Hodgdon Yachts, Inc. (America’s oldest boatmaker), and Bath Iron Works (U.S. Naval warship builder).

“We pair exceptional incentive programs with classic, repurposed and developable properties,” says Sterling. “Currently we have 20,000 square feet of available waterfront space in historic Ames Mill alone. Richmond is a great place to be, and it’s a great time to be here.” For more information, richmondmaine.com/businessrichmond-maine.aspx.