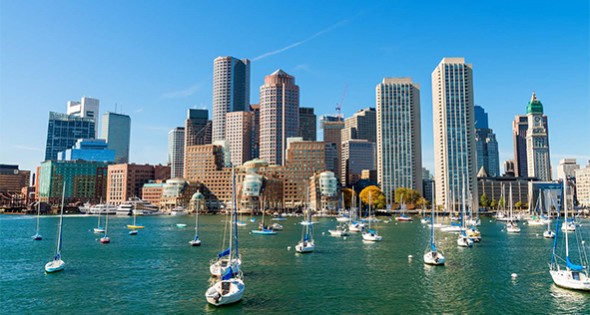 Massachusetts has a history of making history. For literally centuries, the nation’s sixth state has been a global force in education, politics, arts and culture. And, of course, business. Home to a dozen Fortune 500 companies, the Commonwealth is a global leader in biotechnology, engineering, higher education, finance, and maritime trade.

High-end companies require high-end workers and Massachusetts has the highest-educated workers in the nation. According to a report from the Massachusetts Budget and Policy Center, half of all Massachusetts workers held a bachelor’s degree or higher in 2016, marking the first time any state has reached that threshold.

Everyone’s heard of Harvard and MIT, the Cambridge duo that are among the best institutions of higher education in the world. But Massachusetts is home to an entire work-class network of major research universities, liberal arts colleges, and community colleges that produce over 120,000 graduates annually, including 22,500 Science, Technology, Engineering, and Math (STEM) graduates, the most per-capita of any state. These graduates—and the companies they start up—attract the third most venture capital money in the U.S., behind only California and New York.

While known for its high cost of living, Massachusetts is also known for its high quality of living, which Forbes recently rated as the 4th best in the nation, while U.S. News and World Report ranked the Bay State #1 in education, #2 in healthcare, and #7 in economy, proving that sometimes you do get what you pay for.

From a population that ranks 15th in the nation at just under 7 million, Massachusetts generated a GDP that ranked 11th in 2018 at $575 billion. And the state’s job market grew 4% over the past year compared to 1.6% nationally, with a 3.4% unemployment rate compared to 3.9% nationally.

Chelmsford Cross Roads at Route 129 is within a mile from Route 495 and has a direct off-ramp from Route 3 provides easy access for workforce to our new amenitized housing as well as 150+ employers.

The Town of Chelmsford continues its bold and aggressive pursuit to convert a first-generation, 600-acre, 6 million square foot suburban office park into a vibrant, amenity rich, mixed-use corridor. In April at Chelmsford’s 2019 Spring Town Meeting, representatives overwhelmingly voted to allow drive-thrus associated with “upscale” fast casual eateries. This was in response to market demand as expressed by several property owners. In particular, Newton-based The RMR Group, the manager of 330 and 300 Billerica Road, expressed a desire to amenitize its existing office buildings and indicated to town officials that the need for drive-thrus associated with upscale fast casual was a critical element in the repositioning of these properties. In response to Chelmsford’s proactive rezoning efforts, multi-family developments by Princeton Properties and Kinloch Development totaling 276 rental units, and retail/ restaurant developments totaling 17,000 square feet (located at 197 Billerica Road and 278 – 282 Mill Road, respectively) have both been approved by Chelmsford’s Planning Board and are actively seeking tenants.

The Town of Chelmsford is committed to expanding and improving economic development along the Route 129 corridor, as evidenced by the 2018 hiring of Lisa Marrone, Chelmsford’s new Director of Business Development. Ms. Marrone’s ongoing responsibilities for Cross Roads at Route 129 are to engage with industry stakeholders, and manage the marketing and branding program efforts, launch and support a new Route 129 website and function as a liaison for all property owners, investors and tenants working with the Town of Chelmsford. For more information contact Lisa Marrone, Director of Business Development at lmarrone@townofchelmsford.us.