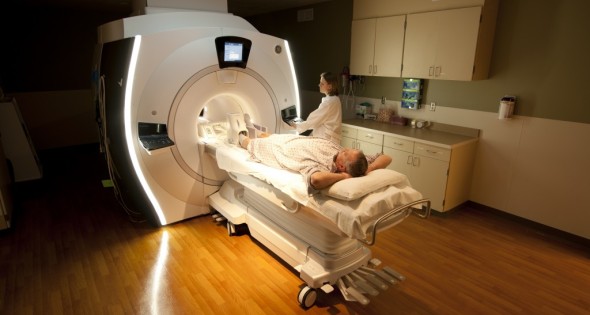 Medical Devices: Smarter and More Connected to IT

Challenges notwithstanding, the medical device industry prospers, with the Midwest leading the way.

In the medical and health care sector, the health IT segment may well be the darling of the venture capital world right now, but medical device companies continue to attract their fair share of funding as devices increasingly become infused with IT and software to control the devices.
“I would say across the Midwest, what we are seeing, and Cleveland is no exception, is that health IT used to be a small sector of funding, and medical device and biopharmaceutical received the lion’s share of the funding,” says Annette Ballou, vice president, strategic marketing and communications, BioEnterprise, which represents Cleveland and northeast Ohio. “Now what we see is more of a third, a third and a third.”
Last year, Cleveland’s biomedical industry pulled in $400 million in growth capital, which was on par with Minneapolis, which is a leading medical device hub.
“Health IT companies do not have to go through the FDA; and they do not have the medical device tax on top of that,” Ballou says. It is hard to raise money from a venture capital standpoint, says Aaron Hirschl, consulting business analyst, business incentives practice, Cushman & Wakefield of Illinois Inc. “Issues such as the medical device tax create a lot of uncertainty. If you compare medical devices to health IT, there is a lot more up in the air.
“All that said, medical devices are a hot market to be in,” Hirschl continues. “I am in Chicago and being in the Midwest you hear a lot of noise around the medical device manufacturing industry. Part of that is you have an integrated supply chain system here in that hospitals are seeking to minimize their supply inventory levels to have any kind of cost containment. Hospitals want same day delivery of these devices.”
Besides the venture capital arena, medical device companies continue to reinvest in themselves. In Lake County, Ill., Medline Industries Inc. is the county’s largest medical instruments company. The company recently announced the purchase of more land to accommodate expansion plans. Baxter International Inc., which has its headquarters in Lake County, has announced it will spin off a segment of the company so it can focus on medical instruments, says Mike Stevens, president and CEO, Lake County Partners.
“A large share [of research] is funded internally, where companies are reinvesting corporate profits back into R&D in this space in contrast to software engineering and in contrast to biopharma compound development,” says Lee Swindall, vice president of business and industry development, Wisconsin Economic Development Corp.
“We see specialist investment directed into our state from largely external sources; we find less of that directed into the device space than into the preclinical compound and niche biopharma markets,” Swindall says. “That is where the lion’s share of most of that external investment flows.”

“A large share [of research] is funded internally, where companies are reinvesting corporate profits back into R&D in this space in contrast to software engineering and in contrast to biopharma compound development.” – Lee Swindall, vice president of business and industry development, Wisconsin Economic Development Corp.

Swindall says digital health technologies will increase their share of the marketplace as the health care industry works to dramatically lower the costs of health care delivery. “A good share of that is being driven by discoveries in digital devices and software advancements that power and control many of these devices.” 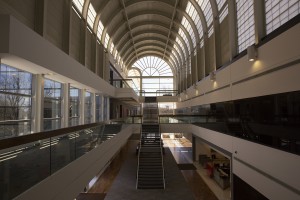 Drug-Delivery Systems
In addition to the health IT trend, the medical device industry continues to expand its relationships with the pharmaceutical industry. “Many devices discovered, developed and created today are drug-device delivery systems,” says Chris Molineaux, president and CEO, Pennsylvania Bio. “The industry has evolved from one that gives us hip and knee replacement devices, and devices used in hospital settings, into a much more diverse industry, interdependent with the pharmaceutical industry,” he says.
For the state, at the macro level, it means the continued growth of the innovation economy in Pennsylvania. And specifically, it means more jobs. “These companies are hiring engineers out of the universities and bringing engineers from outside the state to discover and develop new methods of delivering drugs through devices.”
One of the state’s assets, the Hershey Center for Applied Research, was attractive to ide Group, an engineering company originally from Australia that located to the state because of its biotech and pharmaceutical market strengths. The company provides engineering services to companies in the state such as Unilife Corp., which makes prefilled syringes for biologics medicines for pharmaceutical customers.
The state’s medical device industry will be one of the beneficiaries of the new $100 million Innovate in PA program, which will support partners such as the Ben Franklin Technology Partners and the Life Sciences Greenhouses. “The program starts July 1 and will run for three years,” says Sheri Collins, deputy secretary, office of technology and innovation, Pennsylvania Department of Community and Economic Development. The venture capital community is forecast to infuse between $80 million and $88 million in the state.
In Milwaukee, Wisconsin, the Innovation Accelerator is an investment put in place in the last year, which will center on medical tech discovery, development and delivery, Swindall says. This University of Wisconsin-Milwaukee accelerator will have three 3-D printing stations on site to “help fabricate new designs and functional technologies, to prototype them quickly so they can fail fast and cheaply before they are introduced to the market and hit the valley of innovation and die,” Swindall says. The accelerator is located adjacent to the medical regional center in Milwaukee.

The Global Center for Health Innovation in Cleveland is the region’s latest representation of how much progress the region has made over the last decade.

In northeast Ohio, an emerging development in medical device manufacturing centers on an interface with materials. “The state has 1,500 polymer-related companies from the Goodyears and Goodrichs to smaller companies,” says Aram Nerpouni, president and CEO, BioEnterprise. “Lubrizol, a northeast Ohio company recently purchased by Berkshire Hathaway, has one division that centers on drug delivery and another division centered on materials for medical device coating.”
Nerpouni says institutions with excellent polymer programs, such as the University of Akron, offer companies the ability to plug into the biomedical and health care excellence in the region. “It is exciting to see new products and new companies coming out of legacy industries,” Nerpouni says. “We have bench strength and a lot of roots in materials and medical imaging companies.”
The Global Center for Health Innovation in Cleveland is the region’s latest representation of how much progress the region has made over the last decade. “It was a deliberate effort to build our medical device industry strategies; creating real economic returns for what is going on in northeast Ohio,” Nerpouni says. “The center has a number of global medical imaging brands as well as a global health IT brand. It is a sign of the momentum that everyone recognizes the good ideas and strong young companies being created and the amount of investment coming in.”
Ballou says the Global Center for Health Innovation is a unique center that is a testament to the region’s renaissance, where the rust belt is transitioning to the tech belt. The four-story center is attached to Cleveland’s conference center. Each floor of the center has a theme, such as patient, and home of the future.
The fourth floor of the center is taken by the Health Information and Management Systems Society (HIMSS), which is the trade organization that supports the health IT industry. “HIMSS has a great opportunity to be in the same location as Siemens, Cardinal Health, Phillips and GE,” Ballou says. 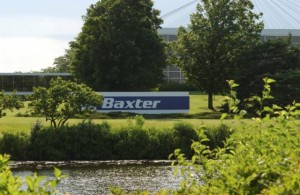 From its corporate headquarters in Deerfield, Illinois, and through its global operations, Baxter International Inc. provides essential products that save and sustain the lives of patients in more than 115 countries. Photo: Baxter

The Differentiator is Talent
Ballou says innovation comes from the confluence of the great talent base, as well as the institutions. “The research engines and tech transfer that is coming out of our institutions and creating companies is amazing,” Ballou says.
Nerpouni notes a long-standing relationship between a researcher in medical imaging at Case Western Reserve University and Siemens was a factor in Siemens’ selection of the Global Center for Health Innovation. The company moved two dozen people from a regional sales office in Pittsburgh to be closer to the research and manufacturing assets in northeast Ohio.
Pennsylvania’s Molineaux says, “We sit in between the financial markets in New York and the regulatory bodies in Washington [D.C.], but the key growth item for this sector is the university community and their technology transfer offices. The University of Pennsylvania, Drexel, Temple, Pennsylvania State University, University of Pittsburgh, Carnegie Mellon — these are all sources of technologies and sources of talent that have been spun out very successfully into companies over the past several decades. This has led Pennsylvania down the road of becoming a hub of device technology and manufacturing.”
In Illinois, “Lake County is appealing not only from the existing industry base that we have but also the workforce we have that supports it,” Stevens says. “We are able to continue to attract that talent to the community because of the quality of life. It is a growing industry in the county and we have the infrastructure and people in place to continue that growth.”
In Wisconsin, the Wisconsin Alumni Research Foundation has a strong domain presence in the medical and health care sector, Swindall says, “including medical devices and technologies that assists these companies in bringing these emergent technologies that have distinct, key competitive advantages.”
Swindall adds the Madison metro region is ranked highest in the nation for the retention of its STEM graduates. He says this qualified talent pool will power the region’s competitiveness and industry advancements in the future. Additionally, the increase in collaborative efforts between industry and academia and industry and nonprofits in the state are differentiators when compared to other states.