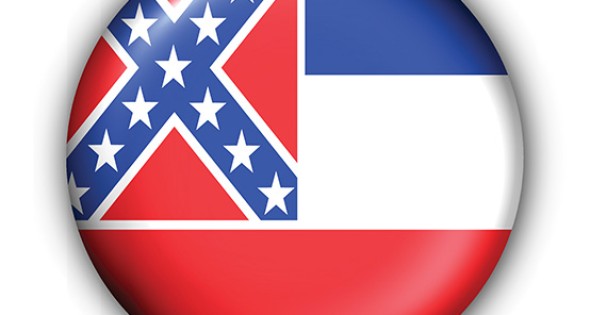 “Mississippi is blessed to have the right people in the right places at this pivotal time in a time of opportunity for North American’s economy,” says Glenn McCullough Jr., executive director, Mississippi Development Authority, noting leaders in Congress and in the state, including the governor.

Gov. Phil Bryant, McCullough says, “is the most pro-business and pro-industry governor in America.” He explains that the combination of leadership, workforce, low taxes, low cost of living and the fact that it is a right-to-work state is why “economic development is a growth industry in Mississippi.”

Manufacturing is growing in metropolitan areas of all sizes.

“The local governments are very aggressive and competitive; we’ve had about 40 projects over the last 10 years,” says Gary Matthews, executive director of the Tishomingo County Development Foundation. Tishomingo County is a community of just under 20,000 people.

In a bigger area like the Golden Triangle, which serves the counties around the three cities of West Point, Starkville and Columbus, manufacturing has also seen a great deal of growth, including the completion of the first phase of the Yokohama Tire Manufacturing Mississippi project.

“Phase one is up; they’re making tires,” says Joe Max Higgins Jr., CEO, Golden Triangle Development LINK, explaining that the project will have four phases total, and that each one will create about 500 jobs, noting that the next phase is due to be planned in the first quarter of 2016.

The Golden Triangle is home now to seven Tennessee Valley Authority certified Megasites, six of which are occupied (one by Yokohama), Higgins says. They will know sometime in the first quarter of 2016 if that number will grow.

Mississippi’s Advantage Jobs Incentive Program offers a cash rebate equal to a portion of their Mississippi payroll for up to ten years to qualifying companies creating new jobs in the state.

“Mississippi is a manufacturing state,” McCullough says, listing automotive, aviation and aerospace, shipbuilding, furniture, and agribusiness as a few examples of the state’s industry clusters. More than 135,000 Mississippians are employed in manufacturing.

“Agribusiness is such an important part of our economy,” McCullough says, explaining that the state has about 19 million acres of standing timber per square mile. “Mississippians help feed the world,” he says, by producing soy beans, corn, rice and farm-raised catfish; they produce cotton, too.

It is also a “major energy state,” McCullough says, who cites the Frasier Institute having ranked Mississippi second in the world for oil and natural gas development.

“Mississippi is the only state in America with both Nissan and Toyota assembly plants,” McCullough says. He adds Huntington Ingalls Industries in Pascagoula is a particularly large ship building firm.

The Golden Triangle has part of the automotive sector in the state, as well as steel and metals, aerospace, and plastics, Higgins says, who notes several large employers in the area with opportunities in their supply chains. Steel Dynamics Inc. is building a paint shop, and are “recruiting people who want to use the steel” to locate on their 1,400-acre campus or nearby.

There is also opportunity “at Yokohama for support companies that supply them raw products,” Higgins says, adding, “trucking, I think, is a big opportunity.” Paccar Engine Co. is building a warehouse and “as they grow, they’re going to need more and more of that.”

“Workforce is the No. 1 issue in industry nowadays,” Matthews says. “Fortunately, this area has an industrial background,” which makes up the northeast corner of the state.

Training begins in middle schools, and goes “all the way to the two-year community college network,” he explains, noting that up to 85 percent of middle school and high school students are “involved in some kind of technical vocation program.”

“Mississippi’s community college system [was] named No. 1 in America [in August 2015],” McCullough says, explaining that there are 15 total community colleges in the state and that they are recognized for excellence in workforce training.

The Golden Triangle has been working to augment that community college system with a Communiversity, which will be located inside the Golden Triangle Industrial Park and will train high school students in manufacturing skills for the jobs that will actually be available in their community.

As of November 2015, all $38 million in capital costs for the Communiversity facility had been secured, according to Higgins, who is hopeful that they will begin construction in mid or late 2016.

“This is a tech rich state; companies come to Mississippi for innovation,” McCullough says. “You can find that innovation on the campuses of our colleges and universities. People are surprised and they stay and they expand because Mississippians are committed to our companies being global leaders.”

“Not only can we generate electricity in Mississippi, we deliver it,” McCullough says, explaining that the state’s natural gas and renewables strengthen its electricity grid, as does the Grand Gulf Nuclear Station, which he says adds 14 million megawatts of electricity. 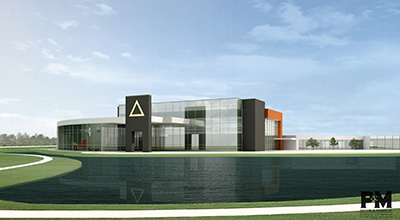 “We have a top transportation system,” he continues, saying that the state’s ground and air transport are “arteries that are extremely valuable to connection to the world.” In addition to highways and rail, Mississippi is also connected to the Tombigbee Waterway, the Mississippi River, and the Gulf of Mexico.

“The main attraction, other than workforce, is our water transport options,” Matthews says of Tishomingo County, which is located at the intersection of the Tombigbee Waterway and the Tennessee River at Yellow Creek State Inland Port.

“Just as importantly we have over 6,000 acres of publicly owned industrial land,” Matthews says. Most of those acres “are industrial park with water and rail access in addition to highway.”

The Golden Triangle also has community-owned land, with about 7,500 acres in Lowndes County, 1,500 in Clay County and about 500 in Oktibbeha County for a total of about 9,500 acres, Higgins says. The sites are set up for large projects with electricity, water and other infrastructure.

Community owned land is of course a pretty big advantage to companies. “If the community already owns the land,” Higgins explains, “then all the [funds] that the state or we can provide, we can spend inside the fence to reduce the companies’ actual cap expenditure.”

In 2014, Mississippi saw 22 million visitors, McCullough says. “That number’s going to be higher this year; tourism is an important and growing part of Mississippi’s economy. […] Over 86,000 Mississippians are employed in tourism.” 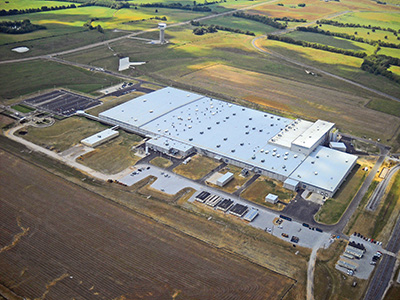 Those tourists are enjoying the “outdoor abundance,” in large part, Higgins says of the Golden Triangle, though the rest of the state also boasts outdoor recreation of all sorts. The Prairie Wildlife Preserve in West Point offers Orvis certification in both fly fishing and shotgun shooting.

“Mississippi is also ranked No. 1 in telemedicine,” McCullough says. In telemedicine, doctors provide treatment to patients in remote locations over the Internet, helping to increase the physical territory one doctor can cover and reduce traveling for rural patients.

North Mississippi Medical Center “has gotten several national quality awards,” Matthews says, adding that it is “one of the top 30 hospitals in the state.”

Tishomingo County is home to “several lakes, several parks [and] one national park,” Matthews says. “We have thousands of weekend and vacation homes here.” They also have seven marinas, one of which he says is one of the largest in the United States.

Mississippi is not without its college arts and sports culture. Mississippi University for Women in Columbus and Mississippi State in Starkville provide a “good mix of plays, drama, and cultural [events],” Higgins says. “With Mississippi State, we also get Southeast Conference sports.” In the South, tailgating is “kind of a way of life.”