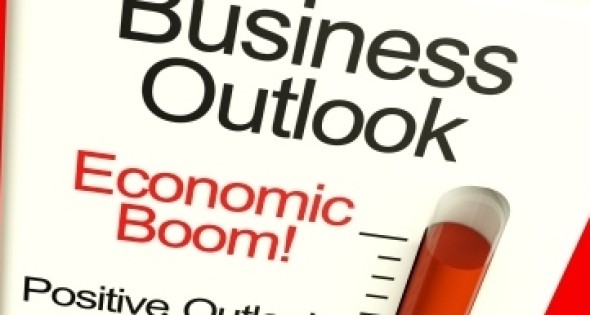 The exciting news for this state, still struggling to recover from the double whammy of the recession and Hurricane Sandy, was the introduction of the 2013 Economic Opportunity Act passed in the September, a new incentive package designed to enhance business attraction and retention in New Jersey that merges the state’s five incentive programs into two broader programs.

Tracye McDaniel, president and CEO of Choose New Jersey, an independently funded and operated non-profit economic development organization based in Princeton, says that what the act really does is allow the state to be very competitive on a global basis. “It encourages development in all of New Jersey,” she says. “It takes some of the former programs we had — like the Urban Transit Hub tax credit program — and basically says instead of focusing just on urban hub areas, we are going to expand it and look at all of the priority urban areas through the state that the state wants to target. And this is cutting edge.”

Some of the more distressed cities like Newark, Passaic and Paterson have been targeted, she says.

McDaniel says that what the program has done is streamline the incentive programs, which officials were able to do by tweaking the legislation to create a broad base for the state growth incentive. “So it’s really focusing on where we see our strengths, and also targeting industries like transportation, energy, logistics, life sciences and finance for job growth,” she says.

She says that the state lawmakers also heard over the years that the threshold of job creation to get incentives — 100 full-time jobs — was too high. “And when you are looking at international companies that were smaller startups, those numbers needed to be reduced,” she says. “This legislation addresses that — now as low as 10 full-time employees for a tech startup.”

One example of how the new program works is in Camden, one of the distressed cities targeted by the act. Camden County Freeholder Director Lou Cappelli Jr. says that as a result of that act, Camden has been designated a Grow New Jersey city, which means that there are tremendous incentives for new businesses to locate in Camden City.

For example, he says, if you are going to build a project in Camden that costs $5 million and employs at least 35, you will be able to receive tax credits and other incentives that will return 85 cents on the dollar of your investment. “Our main focus now is working with developers and companies who are interested in taking advantage of these incentives and relocating to Camden city,” Cappelli says.

*To date, 174 businesses have been approved for grants totaling more than $8.3 million through the Stronger NJ Business Grant Program, which offers grants of up to $50,000 to New Jersey businesses damaged by Hurricane Sandy.

*New Jersey has 36,000 miles of road, an integrated rail network, the third largest port complex in the country and access to four major airports.

*New Jersey’s schools were recently ranked second or third among all 50 states in categories such as chance for success, kindergarten through high school achievement and school finance by Education Week magazine.

As stipulated, the act applies to Camden city but has impact in other parts of the county as well, Cappelli says. “So we are not limiting our efforts just to Camden.”

Because of confidentiality agreements connected to the act, he can’t disclose some of the businesses that they are working with, because applications are still going through the process. “But the response has been tremendous,” he says.

Cappelli says that one of the remaining focuses for his department is development up and down the White Horse Pike (part of U.S. Route 30) and Black Horse Pike (parts of U.S. Route 322, New Jersey Route 168, and U.S. Route 40), both essentially connecting Camden to Atlantic City. “The impact of age and the economic decline is clear in this more mature community,” he says. “So we are going to work with municipalities to identify funds and form partnerships to begin redevelopment projects up and down the pikes.”

For example there are a few vacant shopping centers that will never be used as retail centers again. “Some of those may wind up being residential or medical related developments,” he says. “And for some of those municipalities, mixed use will fit perfectly.”

Camden County executives are working on a 30-acre project right now on the White Horse Pike, which was a former W.T. Grant shopping center in Clementon, vacant for over a decade. They have identified a new use as a residential and commercial development for that property, and a developer who will break ground in the next year.

McDaniel says that some of the five recent grant awards connected with the new economic incentive act include the relocation of a Montréal-based company to New Jersey, representing one of the largest awards approved under the program. Valeant Pharmaceutical International Inc., having recently acquired Bausch & Lomb, is working a $39.5 million grant over a five-year period, and is planning on moving its headquarters to Bridgewater, bringing with it 500 new jobs.

Newark’s IDT Corp., another project under the merged Grow NJ program, will be using a $24.3 million grant as part of its agreement to maintain headquarters in Newark.

Another company, VF Corp., was brought in from New York to Jersey City, enticed away from another location it considered in Norwalk, Conn., and is getting at $13.1 million grant through the program over a 10-year period.

Aside from the incentives from that economic development program, other new business has been coming into New Jersey in the Gloucester County region.

Of the $41.5 million in new investments in the county are BK Specialty Foods, a distributor with $25 million in annual sales that recently relocated to the area from Philadelphia.

That business joins a wealth of more than 600 food processors within a 50-mile radius of Gloucester, including Taylor Farms, a prepared foods and deli food maker in Swedesboro; Chelten House Products Inc., a 40-year salad dressing and sauces processor based in a 150,000- square-foot facility in Bridgeport; and Utz Quality Foods, based in Hanover, Pa., with five distribution centers in New Jersey.

The Building Our Future Bond Act, voted on and passed in 2013, will allow the state to authorize $$750 million in bonds to go to public and private colleges and universities.

Damminger writes that Gloucester County College, a 266-acre suburban community college with 10,000 students in Sewell, got over $8 million through the referendum. Rowan University, with 14,000 students on three campuses in New Jersey including the main campus in Glassboro, will be getting $140 million in bonds for new buildings and increased academic capacity.

The bill requires public research universities, state colleges and universities, and county colleges which receive capital project grants to provide institutional funds in an amount to support 25 percent of the cost of the project.

In all, 49 higher education institutions stand to benefit from the bonds through the referendum.

The mega project at the Paulsboro Marine Terminal is moving forward, still under construction after breaking ground in October 2009.

The South Jersey Port Corp. (SJPC), in cooperation with the Gloucester County Improvement Authority is developing a new, nearly 200-acre general cargo terminal on the Delaware River in Paulsboro, across the river from the Philadelphia International Airport.

The first phase of the $274 million, 190-acre project is underway, with the development of the access road and bridge currently under construction. The completion of the $23 million bridge will provide a direct connection between I-295 and the port site.

Damminger notes that the SJPC is actively marketing the site for tenants, the ground has been readied for build-to-suit, and waterway improvements are underway.

But much of the state is composed of rolling valleys and farmlands. An assessment report by Rutgers University in New Brunswick in 2007 stated that there were 733,400 acres of farmland in the state — or about 17 percent of the state land mass.

The state has a diverse mix of small, vibrant cities, such as Warren Township, a town of just 16,000 in the north central part of the state that brings to mind why this state is known as the garden state; Hoboken, a town of 50,000 along the eastern coast of the state, featuring amenities for the singles crowd; and Oakland, a borough of 14,000 on the northeastern tip of the state, good for young families.

Personal income tax rates are among the lowest in all of the Mid-Atlantic states, and the state has witnessed the largest drop in unemployment in 35 years — down to 7.8 percent.

But Cappelli says that the effects of Hurricane Sandy are still affecting the economy of the area. Hoboken in particular took a heavy hit and is still struggling to recover. “Our state economy is nor rebounding in the way that we hoped from both the recession and the hurricane,” he says. “Our recovery has been a bit sluggish. So hopefully the incentives from the economic opportunity act will help spur development and get our economy rolling again.”