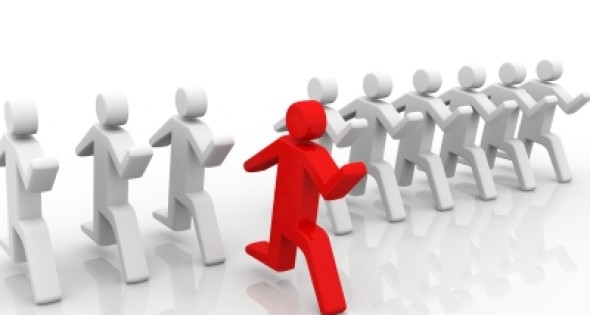 Under the agenda, officials reduced the state’s corporate income tax rate from 7.6 percent to 5.9 percent; the change will be phased in, with the new rate taking effect January 1, 2018.

An optional single-sales tax factor was also enacted, which means manufacturing businesses will be taxed only on sales made in New Mexico. The change will take place during a five-year period. “It dramatically reduces the corporate income tax liability for either an existing manufacturer that sells out of state, as well as for any prospective manufacturers,” says Gary Tonjes, president, Albuquerque Economic Development Inc.

This recent legislation complements an effort in 2012, where legislators eliminated the gross receipts tax charged on the consumption of electricity and industrial gasses, Tonjes says.

In addition to business climate enhancements, Barela says New Mexico’s economic development officials are focused on creating a business environment where spinoffs can grow and thrive. “We believe we now have the tax structure that will encourage businesses to start and grow in this state,” Barela says. “In the past, spinoff companies from our institutions [Sandia National Laboratories and Los Alamos National Laboratory, for example] would start here; and they quickly realized the tax structure wasn’t the best and they would move to different states.”

Barela says New Mexico features a tremendous base of R&D assets such as the Air Force Research Laboratory at Kirtland Air Force Base in Albuquerque. “The facility is conducting groundbreaking research, such as directed energy, which will create incredible civilian opportunities. We also have the White Sands Missile Range for testing and evaluation. And we are home to Spaceport America, which is something no other state can claim.”

Spaceport America is the world’s first purpose-built commercial spaceport. It is located on 18,000 acres adjacent to White Sands Missile Range.

New Mexico’s business climate is home to a number of industries that continue to perform well. “I believe we can have a thriving manufacturing base here, which is what we are aiming to do,” Barela says. “Of course, this cuts across other sectors. One is aviation and aerospace, not only in R&D, testing and evaluation, but also in manufacturing. Our overarching goal is to bring New Mexico to the forefront of manufacturing.”

Earlier this year, Bendix/King, a division of Honeywell and a leading manufacturer of avionics systems, announced it would move its corporate headquarters to Albuquerque. “They are redesigning the company and products with new technologies and avionics packages for aircraft,” Tonjes says.

“One of the reasons the company selected us was not just that we had other Honeywell facilities, including available space within a defense avionics operation, but also for the access to Aspen Avionics.” Aspen, a startup company formed by former employees of Eclipse Aviation, has synergies with Bendix/King.

In Albuquerque, airport officials have closed the north-south runway, which has opened up an available 84-acre site. The site includes taxiway access, and is located adjacent to Kirtland Air Force Base, which is co-located with the Albuquerque International Sunport.

Moving south to Alamogordo, First Research Science & Technology LLC (FIRST) has announced it will manufacture its Javelina unmanned ground vehicle in the city. The company will work with a variety of industries including the U.S. Department of Defense, defense contractors, local governments and others, says Mike Espiritu, president and CEO, Otero County Economic Development Council. The company was attracted to the area’s workforce, the favorable climate and the proximity to White Sands Missile Range, which is one of two places in the nation to have restricted air space; the other is over the White House, Espiritu says.

Moving to Roswell and Chaves County, activities tied into the Roswell Industrial Air Center Airport are on the increase. The airport is home to a cluster of companies performing MRO activities. Authorities have begun the application process to achieve Foreign Trade Zone status.

Back to the state level and other industry sector activity, the state’s proximity to Mexico creates an opportune business climate for distribution and warehouse operations. “We have explosive job growth along the border due to the terrific geographic location of the state,” Barela says. “We have an excellent transportation system, and proximity to Mexico and Latin America.”

Interceramic Inc., the largest producer of floor tiles in the world; and located out of Chihuahua, Mexico, has selected Santa Teresa as a base of operations for warehousing and logistics activities. Barela says the company has created 100 jobs and is expanding quickly, currently looking for additional space along the border.

In Otero County, CMP Recycling, an industrial recycler, has located in Chaparral, near the Texas border. The company will conduct trade across the international border as well.

In other economic activity, value-added food production is making a comeback in New Mexico, which helps the economies of the state’s rural communities. “Our pecans go to Asia, and our meat and chile products go to Mexico and other parts of Latin America,” Barela says. “We continue to see growth in the export of our goods and services. In fact, the state has gone from the No. 38 spot in export growth in the country to the No. 1 spot for export growth.”

Roswell and Chaves County play a major role in the state’s food production cluster, as it is one of the state’s leading producers of pecans and milk. The community also hosts a large cheese plant for LePrino Foods, says Lee Rogers, board president, Roswell-Chaves County Economic Development Corp. He is an attorney at Atwood, Malone, Turner & Sabin, PA.

New Mexico also has a long history in energy production, and has seen increases in the traditional energy industry, as well as with renewable energy.

Carlsbad’s oil industry is booming. The industry keeps adding jobs; the sector employs nearly 3,500 people, which is huge for a market of its size. Campbell says support industries such as Devon Energy are expanding in the area.

The community’s energy cluster also consists of a nuclear waste isolation pilot plant, the only one of its kind in North America.

Also in Carlsbad, the potash industry is once again thriving. Construction will begin on a new mine within the next 12 months to 18 months, Campbell says.

New Mexico’s favorable climate makes for ideal film and TV production locales, and Barela says the industry is showing robust signs of life in the state.

New Mexico’s education system leaders and economic development leaders work together to ensure the training needs of industry are met.

New Mexico’s workforce is also culturally diverse. For example, in the Alamogordo region, the workforce consists not only of English and Spanish language speakers, but also German language speakers. The German Air Force has a presence at White Sands Missile Range. The presence of the Germans has fostered German speaking schools and churches in the community. What’s more, these military members bring their spouses to the area, who are available for employment.

Espiritu says state officials and local economic developers are all about team work and making things happen for companies. An example is PreCheck, a health care background and credentialing firm, which has operated an operation in Alamogordo, and will soon add 41 jobs to its roster of 115 staff members. From its Houston-area location, PreCheck faced cost increases for staff members’ private investigator licenses. Espiritu says the state economic development department worked diligently to not only attract PreCheck, but also assist in solving its licensing issue. The company was also attracted to the community’s lack of natural disasters, its workforce and the lower costs of conducting business.

“Our governor [Susana Martinez] and cabinet secretary Barela are willing to meet companies and work with them to be successful,” Espiritu says.

Economic development officials are also proactive in meeting challenges. There is a housing shortage in Carlsbad due to its booming oil industry. However, Campbell says officials are actively pursuing developers, including those that have provided housing to support activities underway in the Bakken Shale Play in North Dakota.

Hotel rooms and apartment housing are also under construction in Carlsbad. A developer from Las Cruces will build three housing subdivisions in Carlsbad.

“I can say with a high degree of certainty that the quality of life in New Mexico is second to none,” Barela says. “We have mountains to ski, national parks, open spaces and beautiful scenery that foster a great work-play environment.”

According to www.nmpartnership.com, New Mexico’s tax climate has improved in recent years, as continued tax cuts and growing state revenues from natural resources have driven the overall tax burden in the state to its lowest in 20 years. What’s more, according to the Tax Foundation’s 2012 State Business Tax Climate Index, New Mexicans have the lowest property tax burden in the country, and property is assessed at 33 percent of its market value.

These advantages and the passage of the New Century Economy Jobs Agenda bode well for existing and future businesses.

*The nationwide, 12,000 mile National LambdaRail runs through New Mexico. Known as the “network of networks,” the NLR has no restrictions on usage or bandwidth and can serve the experimental needs of high tech and research organizations.

With 13 national monuments and parks, five national forests and 29 state parks, New Mexico has an outdoor adventure for everybody from weekend sightseers to avid back country explorers. Although many people think of New Mexico as a desert, there are opportunities for boating, wind surfing and even scuba diving across the state. Learn more at www.nmpartnership.com/recreation.