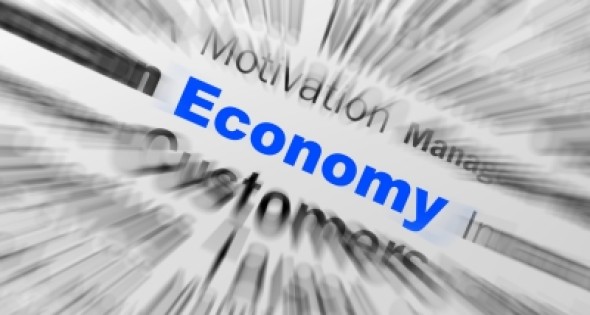 “If the U.S. decides to become energy independent, this is going to be the best place to be,” says Larry Parman, secretary, Oklahoma Department of Commerce.

Elk City is recognized by the census as Oklahoma’s fastest growing “micropolis,” says Jim Mason, director of economic and community development, Elk City, which he says has 140 oil- and gas-related companies.

The Panhandle region is also strong in oil and gas, but much stronger in wind energy, says Vicki Ayres-Portman, director of community and economic development, city of Guymon and the Panhandle Regional Economic Development Coalition Inc. (PREDCI).

“The panhandle region of Oklahoma and Texas are the ‘Saudi Arabia of Wind,’” Ayres-Portman says. “Now we’ll be able to actually capitalize on it.” Clean Line Energy is investing about $2 million in power transmission lines from Guymon’s wind farms to the East Coast Grid System in Tennessee.

“We’re progressive and embracing new industry,” Ayres-Portman says of the panhandle region’s current diversification efforts into other sectors besides agriculture, which is still very strong.

“As a state, we create a very positive, strong business climate,” Parman says. He attributes this strength to a combination of factors, including the fact that Oklahoma is a right-to-work state, that workers compensation has recently undergone reform, that income tax is low, and that the state continues to work on its education and workforce development.

This excellent business climate is enhanced by the state’s inland ports, including the one at Muskogee. Muskogee is primarily an inbound port, bringing large raw materials up the Arkansas River via barges, says Marie Synar, deputy director, Muskogee’s Business and Economic Development Office. She says most of its exports are finished goods — a situation that makes it prosperous.

In August, Eric Miller became the new director of business and economic development for Muskogee’s Business and Economic Development Office.

The five industry strengths that Oklahoma has targeted are aerospace and defense, agriculture and related bioscience, information and financial services, transportation and distribution and, of course, energy.

“Google is growing rapidly,” says Ted Allison, director of economic development for the industrial park. “They have a data center here and three other facilities in various stages of construction. It is our understanding that this process of building out this campus will continue for many years to come.”

Allison says among the assets that make MidAmerica Industrial Park unique are the lack of zoning and permitting requirements, and therefore, there isn’t an inspection process. “We are able to accommodate a project that needs to move quickly but has a need to maintain confidentiality of the build out plan,” he says. “You can literally close in the morning and begin construction that day.”

MidAmerica Industrial Park is a 10,000-acre development, with 3,500 acres remaining for development. The park features an airport with a 5,000-foot runway, onsite rail services, 70 trucking companies that are in and out of the park daily, and redundant natural gas and fiber-optic cable services.

The development also features its own water treatment, waste water treatment and electric power services. Efforts are underway to develop 410 acres into several shovel ready sites, ranging in size from 5 acres to 30 acres. Some of the sites can be combined to create a 100-acre site. There is also a 1,000-acre megasite available at MidAmerica.

Moving to Elk City, “Energy is kind of what we hang our hat on,” Mason says. There are also services related to oil drilling, and a few wind farms in the area. “We also have solar interest,” he says. Solar Pump Install, a manufacturer and installer of water pumps that run on solar energy, services the United States and South America.

GE selected Oklahoma City for its GE Global Research Oil and Gas Technology Center that is to be the first of its kind for GE and represent over $100 million investment. The 100,000-square-foot facility will create 130 high-tech, high paying, engineering-related jobs, according to Parman, and “probably double pretty quickly.”

“Our largest employer in Duncan is Halliburton,” Roggow says. “Between manufacturing, field service camps, financial services and other things, they employ 2,500 to 2,800 individuals in our community.” Halliburton was founded in Duncan in 1919, and has grown into the world’s largest suppliers of services and products to the oil and gas industry.

Macy’s selected Tulsa as the site for its new $170 million distribution center from a pool of over 170 possible sites, Parman says. The facility is expected to employ more 3,000 workers, 1,200 to 1,300 of which will be full time, he adds.

Dal-Tile is the second largest user of the Port of Muskogee. The company is a porcelain tile manufacturer that employs more than 500 people. Synar explains that they bring in raw materials from overseas via an eight-barge tow from the Port of New Orleans, and turn them into high-end tiles in Muskogee.

“Paragon Industries is the largest user of the port,” Synar says, adding that the largest commodity shipped into the port is steel because the river allows for loads of steel that are too large to be transported by highway.

Vallourec Star, a Paris-based company, manufactures many steel goods such as pipes and coupling stock in Muskogee for use in the oil industry as well. “The whole panhandle region is always up there in the top agriculture production,” Ayres-Portman says. They’re using agricultural products for food and for fuel.

Seaboard Foods, a hog-processing company that employs 3,600 workers, owns the High Plains Bioenergy Plant in Guymon and are making biodiesel fuel from the waste fats from hog processing plants in the region. This creates fuel and keeps the fats out of landfills.

The Guymon region is in the early stages of analyzing the possibilities of creating a biodigester to separate solids out of the waste system and turn it into compressed natural gas.

“We think there’s more for use for UAVs in ag than in defense,” Mason says. “We think [the use of unmanned vehicles] will change the face of agriculture for good.”

He has many examples, including using grid technology to program UAVs to fly over fields and record which parts of the field need spraying, which saves farmers from spraying the entire field. UAVs can also be used to fly into dangerous oil towers without needing to put human life at risk, Mason adds.
Talent and Education

Oklahoma, as a state, is working hard to maintain a good balance between the opportunities created and the need for workers.

The government and leaders, Parman says, are committed to encouraging students into career tech centers and universities and creating more workforce training opportunities.

In Pryor, MidAmerica Industrial Park now has a full-time workforce development coordinator at the park. The park is home to three different training providers, and three different college education providers. “We are repurposing an existing building we own from a manufacturing center to a career center,” Allison says. The 115,000-square-foot facility will feature working environments that can be found in the park, highlighting the types of career opportunities and training programs that are needed to take part in the jobs available at the park. The park’s authorities have dedicated $7.5 million for the build out to create the career center; the existing facility is a $2.5 million structure.

Roggow says that Duncan is a pilot project for integrating the school systems more in line with local manufacturing, which encourages students early on to explore career paths with high-paying jobs that don’t require a four-year degree.

General workforce and the technician-level workers are not a challenge to hire currently, Miller says. Finding engineers can be harder, he says, but that is true for the whole United States.

The Oklahoma Panhandle State University in Guymon can help with that need, and “they’ve added a wind technician curriculum to help keep up with the demand,” Ayres-Portman says. There are several other programs offering wind technician training around the state, including Elk City, which also has a fire training tower so rescue workers can practice responding to emergencies in wind turbine towers.
Assets
Oklahoma’s wind, oil, and gas resources are unquestionable. That does mean low energy costs in the state, which also has low property taxes. “That’s cash money that companies don’t have to spend,” Parman says. “That all gives us a real competitive advantage.”

The Port of Muskogee, of course, allows larger loads of cargo to come deeper into the continent than any roadway could.

Elk City hopes to become a hub for agriculture using UAVs and to attract aerospace companies due to their proximity to the Oklahoma Spaceport and halfway between Oklahoma City and Amarillo, Texas.

Duncan levies a dedicated economic development sales tax to offer a dedicated stream of funds that “can be flexible in helping businesses and manufacturers of any size,” Roggow says.

“We’re going to be the hub for the wind energy that’s going to take place in the next 10 years,” Ayres-Portman says, explaining that the Panhandle is right in the heart of a five-state area of development, including Oklahoma, Colorado, New Mexico, Texas and Kansas.

Oklahoma’s Alabaster Caverns State Park near Freedom offers visitors the chance to tour the largest natural gypsum cave in the world, which is three quarters of a mile long, formed of a rare form of gypsum called alabaster and has just had its lighting system overhauled.

“We have a surprisingly sophisticated cultural lifestyle,” Parman says. Oklahoma City’s riverwalk connects to the Oklahoma River, and offers a whole new boathouse district, world class Olympic training, and zip lines across the river. “And it doesn’t hurt that we’ve got the [Oklahoma City] Thunder here either.”

In Elk City, “tourism is really big,” Mason says. They have a museum complex including the National Route 66 Museum, and they see 715 tourists a week.

Duncan is proud of its rodeos, and they have a lot of them. “You can catch a rodeo at any time,” Roggow says.

Muskogee has begun a community visioning project action that has identified goals for improving their education, economic progress and health and wellness in the city, and has begun revitalizing the downtown area.

Guymon is a cosmopolitan community for its size, having 19 different nationalities represented at Seaboard, Ayres-Portman says, adding that they hold festivals to celebrate the different cultures.
More Info
Oklahoma Department of Commerce