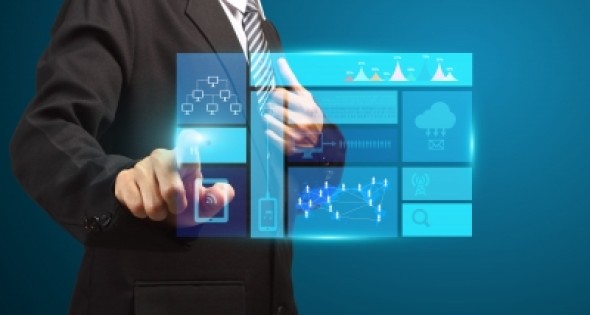 Ontario is digging in deeper to connect with its destiny as the innovation province in Canada.

The Ontario Ministry of Economic Development, Trade and Employment recently unveiled a new 10-year plan for the economy that focuses on leveraging business investment, fostering a culture of innovation and entrepreneurship and creating high-quality jobs. Among the initiatives in the plan are a new $2.5 billion jobs and prosperity fund; a competitive tax system to increase business investment; creating and providing access to programs to help businesses manage electricity costs; and expanding Ontario’s exports to emerging economies.

In a response to emailed questions, Tony LaMantia, assistant deputy minister for the ministry, wrote that the fund will improve Ontario’s ability to attract significant business investments and support the province’s future economic growth as regions around the world compete for these investments. “It will secure business investments that focus on job-creating innovation, productivity and going global, as recommended by the Jobs and Prosperity Council,” he wrote.

With the new fund, the province would have the flexibility to offer strategic incentives where necessary to secure key anchor investments in Ontario’s interest, help support growth and create well-paying jobs at home.

Down to Business
*More than $13.3 billion is spent on R&D each year in Ontario.

*Ontario is home to more than 45 percent of Canada’s research and development workers.

*Among the 10 countries analyzed in a KMPG report, including France, Italy, Japan, Germany and the United States, Canada has the lowest total tax index, or 46 percent lower than in the United States.

*Toronto ranks first as the most competitive tax environment among Canadian cities.

Source for all: KPMG Guide to International Business

Industries and Innovations
The biggest company innovation support and expansion news in the province recently is Cisco Canada. In June, Cisco announced the Cisco Canada Innovation Program, investing $150 million during 10 years to support innovative start-ups in Canada through venture funds, incubators and mentoring.

This follows Ontario’s announcement with Cisco in December that the company will invest up to $4 billion in Ontario over the next decade and potentially grow its workforce to 5,000. “We invested $330 million to ensure that this opportunity came to the province,” LaMantia wrote. “Our investments and partnerships with firms like Cisco are creating a generation of highly-skilled, highly-trained people who will continue to make Ontario globally competitive.”

Other innovation-based companies are prospering in the province as well. A company in the emerging field of big data analytics, OpenText Corp., a business content management company in Waterloo, recently announced a $2 billion investment in Ontario that will create 1,200 new jobs over the next seven years. Their OpenText Enterprise Information Management software helps companies manage, secure and leverage their unstructured business information, either in their data center or in the cloud.

The town of Ajax, in the eastern part of the greater Toronto area and part of the Durham region of Southern Ontario, has a diverse group of companies in everything from packaging (Mead Ltd. and ESN Packaging Services) to chemical (Ashland Hercules Water Technologies and DuPont Canada) to auto supply chain companies (Die Max and Karbelt).

Ajax economic developers have seen growth over the last few years at other types of businesses aside from manufacturing, such as Impact Insurance Brokers Inc. in Concord, Ont., with a small facility in one of the city’s main corridors that then doubled, adding 200 more employees to the 200 they already had. Lisa Hausz, manager of marketing and economic development for the town of Ajax, says their department developed a program, Priority Path, to help expedite projects that worked particularly well for Impact. “It’s where we basically handhold them through the process of site selection and more so that they are not bogged down in the details,” Hausz says.

About 60 miles east of Toronto in Southern Ontario is the Municipality of Port Hope, on the north shore of Lake Ontario. It got $1.2 billion from the government to do a major low level radiation cleanup work called the Port Hope Area Initiative.

The project is being undertaken by Natural Resources Canada, Atomic Energy of Canada and Public Works and Government Services Canada. “We are seeing a lot of interest in environmental and mediation firms because of that project,” says Judy Selvig, director of economic development and tourism for Port Hope. “And from folks that are hoping to garner work from this major project.”

Mississauga, on the shores of Lake Ontario and the western side of the greater Toronto area, is the Canadian headquarters of Helukabel, makers of high-performance cables and wires for automated industrial manufacturing; and Coach Brazil, a Brazilian tech consulting firm with their first direct presence in North America, demonstrating the area’s attraction to international companies.

“We also have a growing significant cluster with Japan,” says Susan Amring, director of economic development for Mississauga. “So that is important to us, to continue to leverage a lot of those relationships.”

The city has also seen strong aerospace manufacturing growth, represented by Mitsubishi Heavy Industries Canada Aerospace, Inc., doing wing assembly. “That started out in 2007 with less than 100 people and now they have over 600 and have expanded twice,” Amring says. “And that really shows a lot of confidence in our area.”

Talent and Education
Ontario has been channeling resources into the workforce pipeline for this innovation economy in a big way.

In 2012, IBM announced that it would partner with several leading Ontario universities to create a world-class virtual research and development center. The IBM Canada Research and Development Centre will use state-of-the-art computer infrastructure to drive innovative discoveries in key areas and bring them to market.

Research there will focus on data management for health care, water conservation and management and energy management. It is expected to create 145 jobs and bring more to the area.

Smaller communities in the province have stepped up their efforts as well.

For example, Port Hope developed a business incubator, the Idea Hub, which generated 18 new startups and approximately 80 new jobs, Selvig says. Through their partnership with the Futures Development Corp., Port Hope developers launched a gaming and entrepreneurship lab at the incubator. “For startups out of this incubator for the first three years, 87 percent stay in the community,” she says.

Mississauga economic developers have worked collaborations with the University of Toronto Mississauga campus. The university is investing in the city to the tune of $10 million over the next 10 years for their new innovation campus, the Institute for Management and Innovation. This collaborative institute provides students with access to professional masters programs in biotechnology, accounting, innovation and sustainability, and undergraduate programs in accounting, finance, marketing and human resource management.

The institute will be housed inside the new innovation complex on the campus, currently under construction and scheduled to open this month. “Our goal is really to build a culture of innovation with our talent force,” Amring says. “So they have really jumped right on to help drive that particular goal.”

Assets
One of the more significant assets in Mississauga is the Toronto Pearson International Airport, Amring says. It’s the country’s busiest airport, and processes over 45 percent of Canada’s air cargo. “That is one of the most important considerations for our Japanese companies once they get here. They need quick access to global connections.”

The innovation theme continues on in Hamilton, a port city on the west end of Lake Ontario, which is the home of McMaster Innovation Park, a 1.7 million-square-foot research and amenity space working in association with the 300-acre McMaster University.

Up next at the park is the emerging tech center focusing on biotech and other technologies from McMaster such as health, life sciences, nano technology and materials, and advanced manufacturing. “We are about 100 percent leased, with the addition of the biotech,” says Mark Stewart, marketing and leasing manager for the park. “And we intend to help McMaster build out its campus-linked accelerator so that the tech coming from Mac gets an opportunity to get accelerated within the park and go commercial.”

Outdoors and Recreation
Georgian Bay Airways flies adventurers to a remote Georgian Bay island to hike the trails and shorelines, swim in the Georgian Bay and photograph the remains of the famous Georgian Bay shipwreck, The Waubuno.

One of the bigger developments along these lines in the greater Toronto area is the $500 million revitalization and downtown expansion project in Ajax. “There are two major projects going on right now,” Hausz says.

Back in 2005 when the financing was made available for the downtown development, Hausz says that the timing was not right for high rise apartments or condos because Toronto was going through a huge boom with condo development. “That really didn’t push this way,” Hausz says. “Now that has changed and we are seeing developers in our traditional two-story housing developments come in.”

The province has exploded with growth, especially in Toronto where even the surrounding towns are experiencing the surge of new investors, with support by a progressive network of government programs that will drive economic development in innovative technology companies for years to come. “Ontario will continue building on three important pillars that make Ontario globally competitive,” LaMantia wrote. “And that is first of all marketing, which includes investing in people, building modern infrastructure, supporting an innovative business climate. Costs, including reducing red tape and making significant investments in research and commercialization. And talent.”