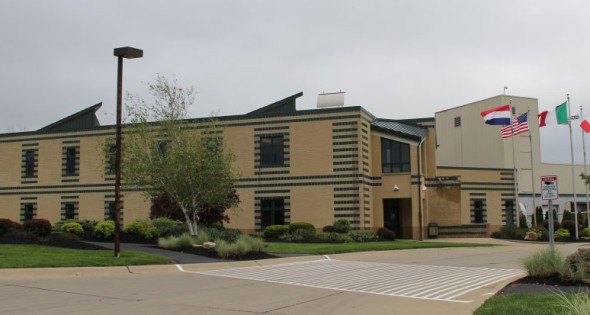 Gov. Andy Beshear announced Perfetti Van Melle USA Inc., part of Perfetti Van Melle Group B.V., one of the world’s largest candy manufacturers, will expand its presence in unincorporated Boone County with an investment of more than $9.8 million that will create a minimum of 16 new full-time production jobs.

“For decades, Perfetti Van Melle USA has called Kentucky home, and I am thrilled to see the company continue to grow in our state,” Gov. Beshear said. “Not only will this project allow the company to increase production of candy enjoyed by people across the U.S. and Canada, the commitment to create at least 16 full-time jobs also ensures the company will continue to be a strong employer in Northern Kentucky for years to come.”

Perfetti Van Melle USA, which produces well-known brands such as Airheads, Mentos, Fruit-tella and Chupa Chups and operates two facilities near Erlanger, will add a new candy manufacturing line at its facility at 3645 Turfway Road in response to increased demand for its products. The investment also supports installation of an additional automated packaging area. Currently, Perfetti Van Melle USA employs about 460 people, mainly in Northern Kentucky. New job creation will include at least 16 production positions at a regionally competitive starting wage, with performance-based bonuses and opportunities to increase base pay through a skills-development program. Work on the project is expected to be completed by June 2022.

This expansion pushes the company’s investment in its Northern Kentucky operations since 2017 to more than $35 million to expand capacity and improve infrastructure and technology. In that time, the company also has more than doubled its local workforce. 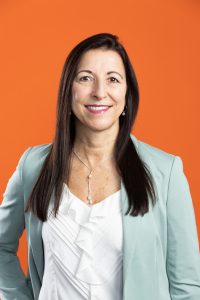 “With our growth consistently outpacing the U.S. confectionery category for several years, this capacity expansion is critical for us to continue meeting the growing demand for our products,” said Perfetti Van Melle North America President and CEO Sylvia Buxton. “After considering various locations within the Perfetti Van Melle global network, it was clear that expanding our manufacturing capacity here in Northern Kentucky was the right choice, given the potential incentives offered to attract more job-generating investment by business to the region. The region has great proximity to our customers, a strong and diverse workforce base, and a thriving business support network. We’re excited, as this KEIA incentive will help us continue making life sweeter and providing a great place to work in Northern Kentucky.”

Perfetti Van Melle USA is part of the privately owned, Amsterdam-based Perfetti Van Melle Group, which is one of the world’s largest manufacturers and marketers of confectionery and chewing gum, with renowned brands enjoyed in more than 150 countries.

Perfetti Van Melle USA’s latest investment builds on Kentucky’s strong food, beverage and agritech sector, which includes more than 350 facilities and employs over 52,000 people. Since the start of 2020, new location and expansion projects within the industry are expected to create more than 2,500 full-time jobs with over $1.7 billion in new investments. The project also adds to the commonwealth’s nearly 5,000 manufacturing facilities statewide, which employ more than 250,000 Kentucky residents.

“Life in Northern Kentucky is indeed sweeter with Perfetti Van Melle here,” Judge/Executive Moore said. “Perfetti is an outstanding corporate citizen, deeply involved in the community and provides excellent benefits to its employees. We’re thrilled they are continuing to invest and create new jobs in Boone County.”

Lee Crume, president and CEO of Northern Kentucky Tri-ED, noted the company is part of a thriving food and beverage industry in the region.

“Through our business retention outreach program and initiative to build relationships with CEOs in Northern Kentucky, we have a strong rapport with Perfetti’s key leaders,” Crume said. “Perfetti Van Melle is a key contributor to the food and beverage sector in the Cincinnati region and its growth and investment is a result of the key talent available here.”

The investment by Perfetti Van Melle USA and planned job creation furthers recent economic momentum in the commonwealth, as the state builds back stronger following the effects of the pandemic.

This year, the commonwealth has shattered every economic development record in the books for yearly investment totals. Year-to-date, private-sector new-location and expansion announcements include $11 billion in total planned investment and commitments to create 17,000 full-time jobs across the coming years. Through September, Kentucky’s average incentivized hourly wage is $24.15 before benefits, a 10% increase over the previous year.

In July, thanks to strong fiscal management by the Beshear administration, the state budget office reported the commonwealth ended the 2021 fiscal year with a general fund surplus of over $1.1 billion – the highest ever in the commonwealth – and a 10.9% increase in general fund receipts to $12.8 billion.

In May, Moody’s Analytics published a positive economic outlook for Kentucky, noting mass vaccination as the driving force behind a sustained recovery in consumer services. The state’s recovery, Moody’s said, benefited from earlier reopening efforts and increased demand for manufactured goods over services. The report also found Kentucky’s manufacturing industry outperformed the nation’s since the national downturn last year.

Fitch Ratings in May improved the state’s financial outlook to stable, reflecting the commonwealth’s solid economic recovery. The state’s April sales tax receipts set an all-time monthly record at $486.5 million, as did vehicle usage tax receipts at over $64 million.

In March, Site Selection magazine’s annual Governor’s Cup rankings for 2020 positioned Kentucky atop the South Central region, and third nationally, for qualifying projects per capita. The commonwealth also placed seventh overall in total projects, the highest of any state with a population under 5 million. Site Selection also placed Kentucky in a tie for fifth in its 2021 Prosperity Cup rankings, positioning the state among the national leaders for business climate.

To encourage investment and job growth in the community, the Kentucky Economic Development Finance Authority (KEDFA) today approved Perfetti Van Melle USA for up to $100,000 in tax incentives through the Kentucky Enterprise Initiative Act (KEIA). KEIA allows approved companies to recoup Kentucky sales and use tax on construction costs, building fixtures, equipment used in research and development and electronic processing.

In addition, the company can receive resources from Kentucky’s workforce service providers. Those include no-cost recruitment and job placement services, reduced-cost customized training and job-training incentives.

A detailed community profile for Boone County can be viewed here.

More information on the Governor’s AgriTech Initiative is available at AgriTech.ky.gov.

Information on Kentucky’s economic development efforts and programs is available at CED.ky.gov. Fans of the Cabinet for Economic Development can also join the discussion at facebook.com/CEDkygov, on Twitter @CEDkygov, Instagram @CEDkygov and LinkedIn.

Read about other key updates, actions and information from Gov. Beshear and his administration at governor.ky.gov, kycovid19.ky.gov and the Governor’s official social media accounts Facebook, Twitter and YouTube.