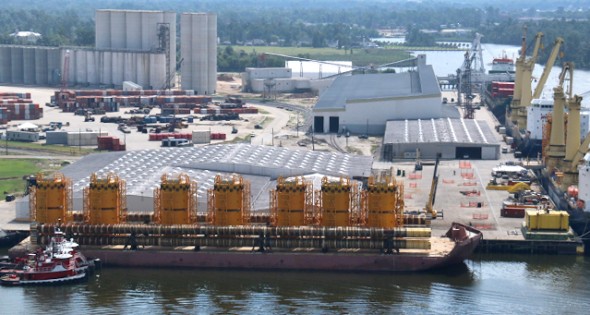 The Port of Lake Charles signed a memorandum of understanding with the Panama Canal Authority on Tues., Jan. 6 at its Police Department Security Center.

This new cooperative alliance will allow the entities to undertake, among other things, joint initiatives including marketing activities, training, and data interchange that have mutual benefit. The memorandum solidifies this agreement for a period of five years, renewable upon mutual agreement. 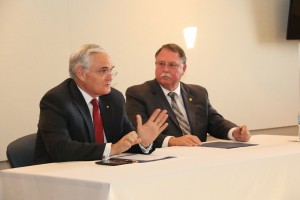 The Panama Canal is going through a $5.25 billion expansion. Once completed, the canal’s capacity will be doubled and have a third lane of traffic allowing the passage of bigger vessels. Panamanian governmental and business officials view the project as essential to maintaining the country’s stature in global transport. The project is to be completed in 2015 and is expected to have a significant impact on U.S. ports.

Port officials are working to position southwest Louisiana to take advantage of the canal expansion. “With an estimated $86 billion in development projects coming to the region, it stands to reason that special attention should be paid to the global infrastructure so necessary to this influx of industrial projects,” Rase says.
“We anticipate the Port of Lake Charles, as well as others along the Gulf coast, will experience an uptick in the cargo we send and receive, carried in and out by bigger cargo ships able to float through the widened Latin American waterway.”

About the Port of Lake Charles

The Port of Lake Charles encompasses 203 square miles in Louisiana and owns and operates two marine terminals and two industrial parks. It is currently ranked the 13-busiest seaport district in the United States based on cargo tonnage according to the U.S. Army Corp of Engineers.