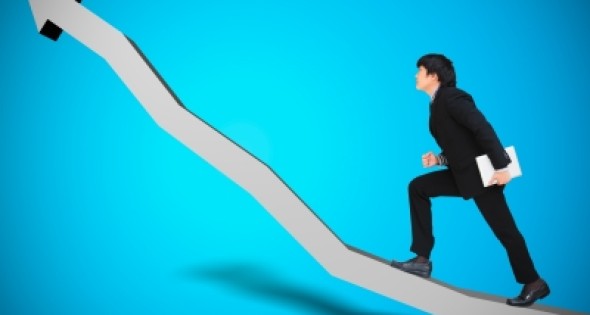 South Carolina is one Southeast state that has clearly stepped up in diversifying its economy as it develops into a top-notch all-parts auto manufacturer from its transitioned textile manufacturing base of past years.

The continuing diversification of manufacturing has helped create a large automotive manufacturing cluster during the past 20 years, says Robert Hitt, secretary, South Carolina Department of Commerce, which is affecting the development of other industries.

“We do have a manufacturing renaissance going on in the state,” Hitt says. Aerospace in particular has been growing dynamically as a result, with the recent decision by Boeing to “double down” in the state — referring to the new 300,000-square-foot Boeing Interiors Responsibility Center South Carolina that opened in December 2011, joining the 1.2-million-square-foot Dreamliner final assembly and delivery plant in North Charleston.

South Carolina has more than 180 aerospace manufacturing companies and suppliers, employing more than 20,000 people. These companies are widely distributed throughout the state and include industry leaders such as Boeing, Champion Aerospace, Eaton, GE, Honeywell, Lockheed Martin, Michelin Aircraft Tire and SKF.

Hitt says that the state has also witnessed activity in textiles again, as well as a resurgence in chemical manufacturing. “So we have managed to transform ourselves from a state that was dominated by one industry to one that has a pretty strong portfolio of manufacturing,” he says.

Hitt, a former BMW executive, says that the state has gone from a point where BMW came in about 18 years ago in Spartanburg building the Z3 — featuring auto manufacturers such as Michelin North America in Columbia and Robert Bosch in Charleston already in place — to having a wide array of operations building highly complex nine-speed automatic transmissions and all kinds of automotive components in between. “That is about manufacturing almost every part in the car now,” Hitt says.

There are also some non-traditional manufacturers of heavy equipment and trucks in the state now, such as Freightliner Custom Chassis Corp. in Gaffney employing 900. “So we think the table is set for continued automotive manufacturing development,” Hitt says.

Like much of South Carolina, the city of Newberry, population 11,000, located on Interstate 26 between Greenville and Columbia in the north central part of the state, has also moved into advanced manufacturing from its textile manufacturing and agricultural roots, with companies such as Komatsu Newberry Manufacturing Operation (employing 200) and Caterpillar Electric Power Division (expanding now and set to hire 500 additional employees over the next few years) thriving along the Interstate 85 automotive corridor.

One of the expansions announced in the Newberry area in January was Kiswire, a South Korean company that opened in the area in the late 1990s and makes steel wire for car tires plus a number of other applications. The $15 million expansion will bring 30 new jobs to the area.

“That reflects the growing tire sector that is moving into the state,” says Teresa Powers, director, Newberry County Economic Development, citing the additional $750 million expansion at Michelin in Anderson County, plus the $500 million Continental Tire plant in Sumter under construction in the state. Michelin is also the largest manufacturing employer in the state.

But there is even more going for this economic diverse state that includes Myrtle Beach, consistently one of the top tourism destinations in the country, where 14 to 15 million visitors spend $6 billion each year.

Here, as throughout much of the state, the economy is being retooled. Brad Lofton, president and CEO of Myrtle Beach Regional Economic Development Corp. (MBRED), says that the city just finished a roughly $130 million expansion of the Myrtle Beach International Airport, which is designed to do more than just support their tourism industry.

“The risk with a tourism-only economy is that you have all your eggs in one basket,” Lofton says. “And when 95 percent of your economy is in tourism, if you have an inclement weather event, your economy dips 30 or 40 percent, and you suddenly have a challenge there.”

Lofton says he is leading a team hired to work on other areas of development to support the economy, looking at industries such as aerospace and technology.

As one example, adjacent to the airport, the developing 460-acre Myrtle Beach International Technology and Aerospace Park (ITAP) is being marketed to Boeing suppliers and other aviation manufacturing companies. “It’s getting a lot of interest around the country, and we think we will see some momentum in the next two years,” Lofton says. “This isn’t your grandfather’s Myrtle Beach anymore.”

Evidence of this area’s ability to supply workforce with its commitment to high-tech manufacturing is easy to spot.

Just 60 miles from Myrtle Beach, in Florence, is the Southeastern Institute of Manufacturing and Technology, which features an advanced manufacturing center, a virtual reality center and a national robotics center.

Adjacent to the ITAP is a workforce training facility, where the MBRED was able to recruit the Pittsburgh Institute of Aeronautics. The 26,000-square-foot facility houses classrooms, a student resource center with a computer lab and publications library, and shop areas for aircraft propulsion systems, electricity, sheet metal, hydraulics, instruments and controls, composite materials, non-destructive testing, welding and painting.

Newberry just opened a new technical college campus at a refurbished Walmart Stores building, part of the Piedmont Technical College (PTC) eight-campus system and the largest satellite campus that that system serves. The Newberry County community dedicated $5.8 million to the new center, Powers says, with additional funding from PTC. The campus now has more than 700 credit students in attendance.

“We have training labs in there for industry so that when a new industry locates in the community or an existing company expands, they can bring in equipment to this center, hook it up and go ahead and start training before they get their building ready,” Powers says.

Helping to attract more manufacturing to the area with developing a training facility like this, Powers says, is not about how big they can become. “It’s about how complete we can become.”

While the state has always benefited from a strong infrastructure system for rail and highway, a new development promises to open even better transportation for manufacturing operations throughout the state.

Opening in September 2013, the South Carolina Inland Port (SCIP) in Greer will extend the reach of the South Carolina Ports Authority’s marine facilities more than 200 miles to the interior. The facility will improve the efficiency of international freight movements between the Port of Charleston and companies across the Southeast region.

The Greer terminal will be linked to the Port of Charleston by the Norfolk Southern main rail line and is positioned along the Interstate 85 corridor midway between the key markets of Charlotte and Atlanta.

From the SCIP, shippers will have access to more than 94 million consumers within a one-day drive.

South Carolina is an easy sell when it comes to lifestyle, with an average temperature that rarely dips below 50 degrees or rises above 85 degrees.

The state sees 230 days of sunshine a year, with a growing season that lasts up to 294 days. State and local taxes are, for the most part, significantly below the national average. The state is experiencing a steady surge in population growth, attracted by a steady job market and available housing that hovers in the median range of $200,000 in cities such as Charleston and even lower in smaller cities away from the coast.

The economic engine here is firing on all cylinders, building up its manufacturing operations in the United States while shoring up its international presence.

Hitt says South Carolina is one of the top states in foreign direct investment, and one of the few states that has a full-time operation in China. “We are starting to see activity from China as that country starts to deal with the domestication of its economy and its ability to hold on to world markets and production,” Hitt says. “And I think the most important thing we need to be in South Carolina is flexible and ready for a rapidly deploying marketplace.

“I like to say that we are fighting above our weight these days due to the dynamic that we are blessed with good geography, basic infrastructure requirements and a compact government scheme that allows us to move quickly to solve problems,” Hitt says.

*Since January 2011, South Carolina has recruited more than $7 billion in capital investment and more than 20,000 jobs in the manufacturing sector.

*The South Carolina Technical College System is comprised of 16 community-based technical colleges throughout the state. The system serves close to 240,000 students.

Between the PGA Tour and Nationwide Tour championships, many have come to recognize South Carolina’s status in the golf world. With more than 400 championship golf courses — including three on Golf Digest’s “100 Greatest Golf Courses” and seven of its“100 Best Public Golf Courses,” the state has no shortage of courses for every level of golfer.