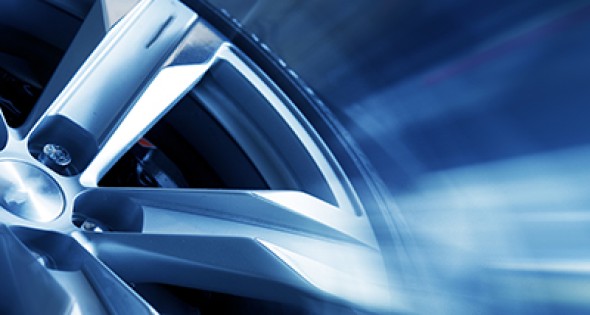 The Drive to Bring in More OEMs Picks Up Speed

OEMs are still coming back from the economic decline, but they are positioned to hit the gas as car sales tick up and consumers demand new features.

Though the ride has been a bit bumpy, the automobile industry is alive and well.

Some manufacturers had to shutter plants or retool the equipment they had in their plants for other advanced manufacturing operations in industries like medical devices and aerospace.

There has been a subtle shift in locations where original equipment manufacturers (OEM) set up shop. Michigan continues as the state with the highest employment in the automobile manufacturing industry, according to the U.S. Bureau of Labor Statistics, even after losing more than 67,000 jobs between 1990 and 2010. During that same time, Alabama increased employment in the industry, from just 400 jobs in 1990 to over 10,000 by 2010.

In 2010, there were 5,784 manufacturers of vehicle parts for the industry – electronic equipment, engines and transmissions, brake systems, seating and interior trim, air conditioners and more – with most (829) located in Michigan.

The hope is that the tough times are in the rear view mirror now, if OEMs learn how to adjust. According to a recent report, “The Road to 2020 and Beyond,” by McKinsey and Company, a worldwide management consulting firm, global profits for automotive OEMs are expected to rise almost 50 percent by 2020.

One of the significant challenges for OEM manufacturers going forward is responding to regulations centered around environmental and safety standards that will raise costs due to investments in new technologies. For example, OEMs will have to develop alternative powertrain technologies for lower-emission vehicles without knowing what will end up being the prevailing technology of the future.

The McKinsey report also found that buyers worldwide continue to be more and more demanding, seeking region-specific features, performance and styling, as well as an element of uniqueness even in mass market products as a way of differentiating and emphasizing individual taste and status. OEMs need to balance global scale, complexity and local or segment-specific customer demand, and need to consider ways to cooperate with other OEMs.

And finally, the report stated that the number of networked cars will rise 30 percent a year for the next several years; by 2020, one in five cars will be connected to the internet. Delivering services through the car – internet radio, smartphone capabilities, information/entertainment services, driver-assistance apps, tourism information – is a promising area for future profits.

To deliver on this, OEMs will have to manage shorter product and service development cycles, such as software and other technology updates. They will also need to build relationships with affiliated firms that build apps tailored to the car.

This entire space is still in the early stages of development, both from a technology/service offerings perspective as well as from the perspective of the dominating players.

One of the more interesting success stories about OEMs is the new $140 million Feuer Powertrain GMBH plant that recently opened in Robinsonville, Mississippi, employing 300. It is the company’s first U.S. manufacturing operation. Feuer manufactures crankshafts for the automotive and transportation industry in the 156,000 square foot plant.

The arrival of Feuer was the culmination of a slow but steady surge of automobile manufacturing in the region, according to Glenn McCullough, executive director of the Mississippi Development Authority. “About 13 years ago, no vehicle had been manufactured in Mississippi,” McCullough says. “Now here we are with over 3.7 million.”

He says that Feuer, along with another German company, the suspension seating manufacturer, Grammer AG, decided that the U.S. had the largest market for automobiles and felt they had to be there. Grammer opened its 120,000 square foot plant in Tupelo in January, 2015.

But there is more to the auto manufacturing success story in their region – the eighth Toyota manufacturing plant in North America is in Blue Springs. “A new Corolla rolls off the manufacturing assembly line there every 71 seconds,” McCullough says.

The Nissan Canton Vehicle Assembly Plant, opened in 2003 and the first automaker to locate in Mississippi, assembles eight model vehicles in Canton. It has invested $3 billion in its operations. Toyota has invested $1.3 billion. “One of our points of pride is that we are the only state in the U.S. that has both Nissan and Toyota assembly plants,” McCullough says.

There are now 8,400 Mississippi residents working in automobile manufacturing; 6,400 at the Nissan plant in Canton, and 2,000 at the Toyota plant in Blue Springs, McCullough says.

Yet another German company in the region is Hago Automotive, a tier one automotive laser-welded steel sheet metal and stamped automotive supplier in Iuka.

To advance the governor’s workforce objectives, the Mississippi legislature recently appropriated $50 million for training, including retraining existing workforce, to help expand and attract companies like Continental Tire, another German company coming to the area.

Continental has invested more than $1.4 billion and will employ 2,500 in their new tire plant to be built in Hinds County near Clinton. “We are a right to work state, so we have one of the lowest union participating rates in the country,” McCullough says. “We have a top quality workforce that are loyal and proud to have careers in automotive, and aerospace, and just in advanced manufacturing in general.”

Canada’s Hub On The Mend

Across the border from Detroit in Windsor, Ontario, Canada, General Motors, Ford and Chrysler helped make Windsor the center of automobile manufacturing for the country.

The area today is a hub of high tech activity – more than 300 local companies are now engaged in engineering, designing and manufacturing cutting-edge automated industrial manufacturing systems for clients around the globe.

But after a tumultuous few years for the automobile manufacturing industry in Windsor that created doubts about the Big Three car makers continuing operations there, things have settled down. For example, Ford is committed to invest $700 million in its two Windsor Canadian engine plants, which combined total 1,400 employees.

“That is growing and expected to create 500 more jobs,” Stephen MacKenzie, CEO of the Windsor Essex Economic Development Corporation, says. “So it’s been a nice reversal of the slow decline in automotive manufacturing that has happened over the past two decades.”

In the region now, MacKenzie says they do not expect to win any investments for a new auto plant or a new OEM. “It’s not the way that the industry is structured here,” he says. “But we still play a key role in the supply chain.”

He says they have just under 100 Tier 1 OEM suppliers in the Windsor Essex region. “When you add in Tier 2 and Tier 3 companies, it’s about 250 suppliers,” he says. “And that is not counting suppliers that specialize in automation that might work across a number of industries, like aerospace.”

Additionally, the highest concentration of mold makers in Canada – and possibly in North America – is in the area, MacKenzie says. “They are working at 90 percent capacity right now,” he adds. “With the forecast for model changes coming up across the Big Three, they expect to be quite busy over the next three to five years.”

While OEM manufacturing holds steady, there is a lot of work going on with future automobile systems, such as autonomous connected vehicles. At the University of Windsor, for example, developers are working on communications systems for autonomous cars.

“There were a few companies that were actually putting some of these vehicles on the road, but lots of that technology is still being worked on and tested indoors,” MacKenzie says. “We expect this area to definitely grow.”

To demonstrate that commitment, the university added a professor dedicated to autonomous vehicle development, he says. “It is going to be part of our business strategy to get this research here and try to get some of those OEM suppliers to grow here.”