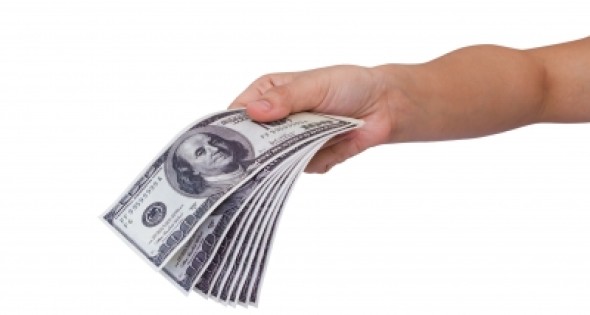 The Future of State Business Incentives

Program accountability and transparency are the new foundations of state incentive programs.

State and local economic development incentives have recently endured negative press. Most notably, The New York Times ran a highly critical series on incentive programs, entitled “As Companies Seek Deals, Governments Pay the Price”[1]. This, on top of budget restraints and taxpayer condemnation of excessive corporate support, is spurring governments to develop a new generation of incentive programs. States are crafting incentive programs in a much more strategic manner, with performance-based awards and industry sector focus becoming the standard. Companies will now find that although many states are poised to strengthen their development tools, the rules of the game have changed. Program accountability and transparency are the new foundations of state incentive programs.

USA Today recently reported that some states are realizing budget surpluses for the first time in years and are preparing to spend again, though judiciously[2]. States that have realized net gains are now taking proactive measures, such as strengthening their economic development programs, in order to keep both the competitive and entrepreneurial momentum going.

For example, Arizona, which historically has not offered as many incentive programs as other states, is changing its business model. “We wanted to play ball and get in the game, so now we are offering packages to increase competition,” says Angela Talbot, vice president of business development, Greater Phoenix Economic Council[3].

Arizona has eliminated outdated and underperforming programs and has instituted a number of new programs, some of which are focused primarily on the development of specific industries such as biosciences and renewable energy, all of which are performance-based. Companies are required to achieve investment and employment goals before the incentive benefits are released.

Other states mirror this new philosophy. Texas also has implemented programs that require performance prior to reward. “Incentives have to be smart, and well-researched and responsible,” says Carlton Schwab of the Texas Economic Development Council[4]. Often the payback over the long-term can be game-changing, and that’s how you have to view the investments communities make when they utilize these incentives.”

Economists recently surveyed by USA Today believe that the economy will surge in the summer of 2013 and then grow for the next nine months at the fastest pace in three years.[5] If this holds true, then it’s very likely that many more states will create new programs to compete for new and expanding businesses. Moreover, as states become aware of the increasing pressure to institute controls over their awards to ensure that companies are meeting their investment and employment goals required by their contracts, they will likely implement performance-based concepts and models similar to Texas and Arizona.

Numerous government agencies that offer economic inducement packages cannot account for all of the incentives they award[6] and have often been criticized for failing to impose adequate reporting measures on companies who access incentives[7]. In order to address these concerns, states are increasingly enacting stricter measures in a drive towards heightened accountability and transparency. These states are implementing rigorous controls to show there is an economic return, i.e., the project will give back to the community in which it is located.

A 2012 Pew study reported that 13 states are leading the way in generating much-needed answers about tax incentives’ effectiveness [8]. Connecticut, for one, reviews its tax incentive programs every three years to ensure positive economic effectiveness. Additionally, Massachusetts enacted a law last summer that mandates transparency in its awards and issuance processes[9]. Under this law, agencies which award incentives are required to submit an annual report to the Department of Revenue disclosing the identity of the recipient, the credit amount, and any other information pertinent to the credit program. Transparency initiatives give taxpayers the information they need to understand how government funds are being spent, and in turn, encourages a program’s overall effectiveness.

Many states are also increasingly focused on specific industries that they wish to foster. For example, Massachusetts’ Life Sciences Center offers financial incentive programs designed to assist life sciences companies in the research, development and commercialization of products. Arizona targets aerospace and renewable energy industries because these types of businesses and their jobs foster a well-educated, well-rounded community given the caliber of employees that such industries require and attract.

States are becoming more cognizant of the incentives they offer and to whom they are disbursed in order to avoid the specter of impropriety and ensure innovative success. Although state and local economic incentive programs may be under fire lately, they are undoubtedly evolving towards a streamlined model to better manage today’s economic demands from both the public and private sector.

WTP Advisors is an international tax advisory firm, ranked as one of the fastest-growing U.S. independent firms in the industry. It currently has 40 offices throughout key cities in Europe, Asia and the Americas.