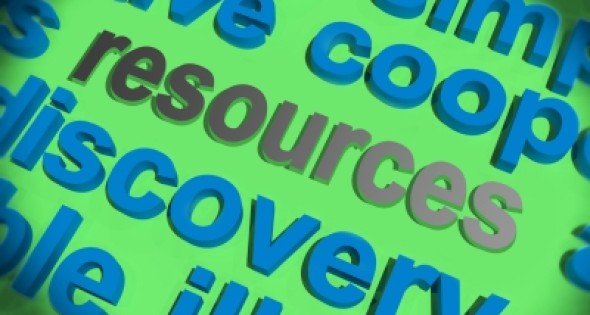 Virginia’s History Pulling It into the Future

“Our New Virginia Economy is providing Virginia the foundation to do for the U.S. what it did in the past for the U.S. — we were founded as a for-profit venture capital company in 1607,” says Liz Povar, vice president of business expansion at the Virginia Economic Development Partnership. “If I were a business leader or a citizen, I would want to be in a state that is leading the country into the future. It’s simply the truth in Virginia: we are building on that DNA in our blood.”

“The New Virginia Economy is being built around those elements of business that are necessary for business to thrive: workforce, transportation infrastructure, innovation, and business climate,” Povar says; the initiative is designed to strengthen and transform the state’s approaches to economic development.

“It’s been a good year — another good year — for [Virginia Beach],” says Scott Hall, business development coordinator for Virginia Beach Department of Economic Development. “So far for this fiscal year, we’ve reported around 1,700 new jobs created in the city and seen growth in both manufacturing and our technology sectors.”

The city of Manassas, known well in Civil War history, now sits surrounded by Loudoun, Fairfax and Prince William counties, which are all populated with “high income earners and high-technology firms,” says Patrick Small, economic development director, city of Manassas. “Within those we are an employment center,” he adds. “We’re actually a net importer of labor.”

The city of Manassas, he says, is “a model of what the country wants to be: high-tech, high wage, advanced manufacturing; the city also owns its own utilities, including electric, which is rare in Virginia.”

Virginia’s ability to provide workforce and connectivity to innovation assets help set it apart, according to Povar, and helped the state land Shandong Tranlin Paper Co.’s $2 billion investment in a new facility that is expected to create 2,000 jobs by 2020.

Advanced manufacturing and information technology, Povar says, “are growing very fast,” and include not only Shandong but also Stern Brewing Co., and a “recent emphasis” in unmanned systems industry for marine, land and air. 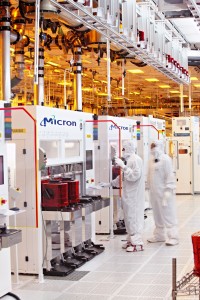 Manassas is no stranger to advanced manufacturing and unmanned systems; Aurora Flight Sciences, headquartered in Manassas, is “a world leader in unmanned aerial systems,” says Small. The area also includes companies like Micron, a manufacturer of nanotechnology, Lockheed-Martin, and the space division of BAE Systems which is “essentially headquartered in Manassas,” he says.

The local military presence in Virginia Beach is still important to the area businesses, in terms of defense contracts and supporting businesses, according to Hall, but the area is “really working to diversify.”

“We just launched a new initiative with bio and life sciences,” he explains. The initiative is designed to “build on success of LifeNet Health” and the city has done a lot of research toward creating a place for research in diabetes, cardiovascular diseases, neuroscience and medicines and treatments for wounded warriors.

“We are becoming more competitive in is life science base,” Povar says of the whole state. “There’s also a crossover of bio and IT in the use of big data to help identify new products that can impact the success of health and medical devices.”

The Inova Center for Personalized Health in Fairfax, a $200 million investment in 2009, is an example that Povar points to as one of the successes that Virginia has already seen in that combination of fields.
Talent and Education

The New Virginia Economy is connecting higher education assets with Virginia businesses, Povar says. Two examples of this are the Commonwealth Center for Advanced Manufacturing, which connects the research done in universities with the product development done by businesses, and The Catalyst, which is a “consortium of universities that have created a tool for life science businesses to use to create new products and services.”

“Our innovation network also includes a variety of organizations that are essentially tools,” Povar says, noting that one tool, The Center for Innovative Technology, “handles our federal grant programs that support innovation.”

Virginia connects that “cutting edge research” to its businesses with tools such as the Southern Virginia Product Advancement Center, Howard Hughes Medical Institute and Launch Place, Povar says. “It doesn’t matter what part of the state you’re in; you can connect to the economy through these organizations.”

“Virginia is one of the most highly educated workforces in the country,” Povar asserts. “More than one-third of Virginia’s current workforce has a B.A. or higher.” The state is also encouraging business-led certification programs and has involved all of the state’s universities and community colleges.

George Mason University’s Science and Technology Campus has a Manassas address, Small says; this adds to the city’s ease in providing educated workers for technology jobs.

Manufactures in Virginia Beach have also banded together to improve their in-house training programs, Hall says, adding that while they do compete, “the more they can do to better train the local workforce, the better off they all are.”
Assets

Virginia is strong in logistics, Povar says. “The Port of Virginia is clearly an advantage because of its deep water.” The port is able to accept post-Panamax ships, which “makes us stronger than many of our competitors on the east coast.”
“Manassas exists as part of the Northern Virginia and D.C. metro area” so it is near Dulles International Airport, which is “one of the busiest airports in the country,” Small says. 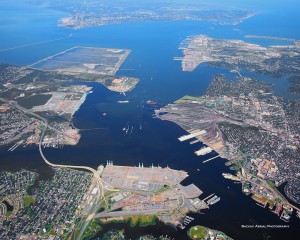 With 50-foot depth channels and authorization up to 55 feet, the Port of Virginia offers the deepest shipping channels on the U.S. East Coast. Photo: VEDP; Backus Aerial Photography

“We have all the amenities you might expect like commuter rail,” he continues. “We own an airport which is the busiest general aviation airport in the entire state.” That is Manassas Regional/Harry P. Davis Field, which is “a reliever airport as it regards to corporate jets.”

In May 2015, Virginia Beach approved $20 million in funding to begin the extension of light rail into the city, part of a larger project improving the city’s transportation infrastructure.

Even with the exchange rate favoring American currency, Virginia Beach is seeing a lot of interest from Europe, Hall says. These are “companies that in the past considered themselves to be regional that now see the advantages of operating on a global scale.”

“We do have an office in Dusseldorf, Germany,” Hall says. “Germany has been a great market for us for a long time; we have someone representing us not just in Germany but in all of Europe.”

“We’re also seeing more of our local manufacturers in Virginia Beach look to international markets, which is pretty exciting,” Hall says, noting that these companies are also looking to meet their full potential by expanding outside of their traditional regional markets.

Among the many historically significant sites in Virginia are the houses of founding fathers such as Thomas Jefferson’s Monticello, which includes many of the third president’s own inventions and fossil collections, as well as archaeological findings about the lives of the workers, enslaved and free, who kept the plantation running.

“Virginia is known internationally for its famous ‘Virginia is for Lovers,’” which is a tourism campaign slogan, Povar says. “What is not as well-known is the quality of product for quality of life.”

She explains that there are arts, brewery, ATV trails, music, oyster, and many other trails for almost any affinity that help create a sense of place in Virginia communities for residents.

Virginia is home to ancestors of colonists as well as international citizens, so “to be able to create a sense of place where both ends of that spectrum feel at home, receive quality healthcare, education, and find housing that they need is a very unique characteristic in Virginia,” Povar says.

In the early 2000s, Virginia Beach “broke ground on a town center to begin more urbanized building patterns” in the city, Hall says. Now all that retail space and 220,000 square feet of Class A office space is filled up. “It sounds kind of strange, but we have an indoor sky-diving facility called iFly,” Hall says, explaining that iFly is an indoor wind tunnel located downtown and open to the public for fun and the military for training.

“We have a well-established historic downtown which is a more urban environment,” Small says of Manassas. “We have seen an influx of luxury apartments and townhomes, and we have over 300,000 people visit the city every year.” Some of those come for the largest fireworks display in Virginia.