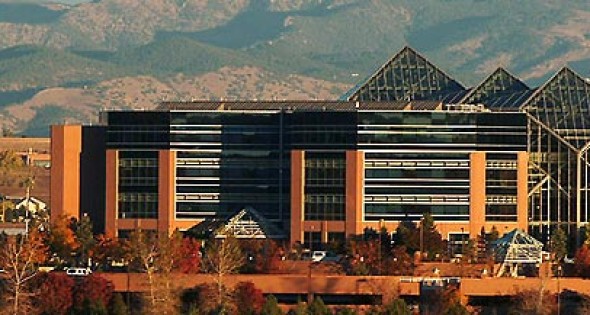 Advances give rise to a more responsive health care system.

In Denver, an unusual request spurred the formation of a wellness industry cluster, and presented another way to view worker productivity. A few years back a site consultant asked Tom Clark for the obesity rates in the counties in and around Denver. “In all my years of doing economic development, I had never been asked for that metric,” says Clark, CEO, Metro Denver Economic Development Corp.

Metro Denver is one of many regions where emerging health-care related clusters are driving research and development and economic development initiatives, as well as creating jobs. Another important health care trend is the addition of health care services to serve rural communities, where residents won’t need to drive to other communities for services.

The metric was under consideration by the site consultant’s client because obesity tends to be a marker for other diseases. The average morbidly obese person is 32 percent more likely to be absent from work for health related reasons, not including the flu and colds.

So, what prompted the site consultant to request data on obesity levels? It was in order to gauge the Denver metro’s worker productivity levels. After consulting the Centers for Disease Control, Clark found less than 20 percent of his area’s population was considered clinically obese. The metric was under consideration by the site consultant’s client because obesity tends to be a marker for other diseases. The average morbidly obese person is 32 percent more likely to be absent from work for health related reasons, not including the flu and colds. “We are the fourth lowest location in the country in the incidence of cancer,” Clark says, “among the lowest five in diabetes, and the lowest five in heart attacks. While some of these issues are acute, some are becoming chronic, such as cancer.”

Denver is also home to national obesity expert, Dr. James Hill from the University of Colorado Health Sciences Center. By bringing Hill’s group and other area health organizations together, an initial commission on health and wellness has evolved into LiveWell Colorado, which is focused on dealing with obesity issues in the state.

Economic development officials in Denver also discovered that based on the presence of fitness clubs, technology, such as devices to measure body mass index, and developers of smartphone apps such as calorie counters, Denver had more of them than anyone else. “This is a real opportunity as productivity becomes an increasing predictor of economic activity,” Clark says. “By driving research, services and products related to obesity we could create jobs that no one else could lay claim too.”

The advantages played out during the recession as Denver’s health care and wellness cluster was recession proof — in the last five years it grew at a rate in excess of 4 percent. The cluster is metro Denver’s largest, followed by financial services, Clark notes. “When you have a stalwart industry like this you begin to build infrastructure around that,” he says.

Infrastructure assets include the Anschutz Medical Campus in Aurora, which is home to several hospitals, private industry and the University of Colorado’s Health and Wellness Center, among other groups. The center has received an endowment to support the attraction of researchers in order to move research into the commercial marketplace, in particular to combat the alarming increase in the rate of childhood obesity.

Louisville is a World Leader

Louisville, Ky., is another region of the country that is home to a premier wellness cluster. The region is home to the nation’s largest collection of headquarters in nursing home, rehabilitation, assisted living and home health administration.

“Louisville is home to a lot of our competitors so it was a good place to move,” says E. Joseph Steier III, president and CEO, Signature HealthCARE  LLC. In addition to establishing a more centralized headquarters operation to manage its facilities and expand into other markets, the company is able to tap into mid-level and top-level talent.

Companies including Humana, PharMerica, Signature HealthCARE LLC and Kindred Healthcare have a presence in Louisville, which has created a large and deep talent base for companies to choose from. Recent additions to the cluster include OrionRX, a long-term care institutional pharmacy, and startup Alba-Technic LLC, which moved to the area from another state. Alba-Technic has partnered with the Innovate Long Term Care (InnovateLTC) incubator to commercialize its patented technology, which is a headgear piece that lessens the impact of falls.

Kelly Armstrong, director of economic development, Greater Louisville Inc., says the “Louisville lifelong wellness and aging care cluster is home to industry thought leaders who set the pace for what the industry looks like and what it will look like tomorrow.” She says companies are looking at the bigger picture to create efficiencies across the board by cutting costs and minimizing expenses. They are also exploring advanced ways to carry out telemedicine initiatives, and innovations around the delivery of their services.

Among the cluster’s thought leaders is E. Joseph Steier III, president and CEO, Signature HealthCARE LLC, who in 2010 relocated his company to Louisville from southern Florida. The company offers long-term care and short-term rehab spaces, traditional skilled nursing, hospice services and extended stay facilities. “Louisville is home to a lot of our competitors so it was a good place to move,” Steier says. In addition to establishing a more centralized headquarters operation to manage its facilities and expand into other markets, the company is able to tap into mid-level and top-level talent.

Steier also appreciates the collaborative efforts he finds among industry members and economic development officials. Louisville and the state of Kentucky developed a tax credit package for the company that “would help us pay back our costs after so many years on state income tax,” Steier says. The package also included the creation of an innovation incubator with the University of Louisville. “Opening an innovation center is for the good of the industry, the research side, new products and startups,” Steier says. “We were excited to work on this — the collaborative effort of the city and the university made a real difference.”

Industry stakeholders are also working with economic development officials to develop the Louisville area’s first event focused on innovation in aging care, slated for 2013. In other activity, in order to attract and train more nurse practitioners, Signature HealthCARE, Trilogy Health Services LLC and Elmcroft Senior Living pulled funds together to support the University of Louisville’s efforts in gerontology training, which resulted in scholarship funding.

Another industry resource is the soon to open Nucleus facility, which is located at the University of Louisville’s life sciences research park, which will specialize in aging care. The facility will house startups, and the InnovateLTC incubator.

The brain power and ideas alive in Louisville’s lifelong wellness and aging care cluster are unlike other locations. “You can come here and set up quicker and with less training time and resources used because talent has conducted these functions for other companies,” Armstrong says. “There is a lot of cross training, and a depth of knowledge that you do not find anywhere else in this concentration.”

In Harnett County, N.C., a health-care related concentration not seen in the area until recently has been the addition of hospitals and medical clinics, as well as an expansion in the services available to train health care workers. In January, the new 50-bed Central Harnett Hospital officially opened in Lillington, replacing an existing facility. The county also features a hospital facility in Dunn. The new hospital includes three surgical rooms, and one outpatient surgery room. Physicians serving the hospital will soon be able to establish offices at a 10,000-square-foot medical facility in the county. Another medical office facility is in the planning stages.

Owens says the developments will benefit existing and prospective companies, whose employees will have access to nearby health care services. “These opportunities mean they won’t have to travel to other communities for services and miss a half day of work.” – Phyllis Owens, director, Harnett County Economic Development Commission.

These new health services are vital to the county’s residents, of which, 60 percent of them seek health care services outside of the county. “These additions will drastically reduce that number,” says Phyllis Owens, director, Harnett County Economic Development Commission. She says the additions are a major step forward.

Owens says the developments will benefit existing and prospective companies, whose employees will have access to nearby health care services. “These opportunities mean they won’t have to travel to other communities for services and miss a half day of work,” she notes.

In the fall of 2014, the first 250 students will begin classes at the Campbell University School of Osteopathic Medicine in Harnett County. Owens says the school has received 3,000 applications for the training. What’s more, construction will soon begin for a new dental school for East Carolina University. The university, based in Greenville, is establishing nine satellite facilities across the state. Fourth year students will hone their skills to become dental practitioners by serving rural communities. “ECU has partnered with First Choice to offer services to those with little or no dental service coverage,” Owens says. In fact, many of these new health care organizations will partner in some way to deliver services to the benefit of residents, and in turn, area businesses.