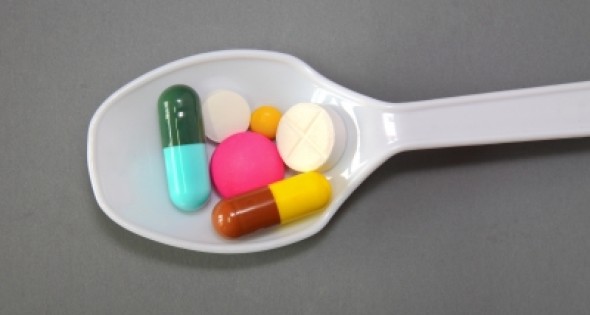 What’s in Store for Biopharma?

Modern approaches to drug discovery move the industry ahead.

For the biopharma industry, the so-called valley of death is where discoveries get stuck, unable to cross the valley and eventually become part of the biopharma pipeline. With a stagnant venture capital climate, the industry has become severely strained and pharmas are going out of business.

In Cleveland, BioMotiv offers a unique model where drug developers can cross the valley and bring discoveries up to the point where products are clinically demonstrated. Under this effort, the challenge of relying on investors and pharma companies to pick up trials where institutions leave off, is being overcome. Investors and pharma companies have been reluctant to finance human trials and move drugs through the long process of regulatory approval, which leaves promising drugs on the floor of the valley of death.

BioMotiv is working to change that scenario. The for profit organization is affiliated with the $250 million Harrington Project for Discovery & Development, which also includes a nonprofit institute anchored at University Hospitals Case Medical Center. “What is unique about our model is we source our technologies from across the country,” says Baiju Shah, CEO, BioMotiv. The group aims to reduce the costs of drug development by licensing the rights of drugs developed by research organizations, and which have been developed and tested to the point where investors are willing to purchase the rights.

The Harrington Project attracts technologies through an RFP process. A national advisory board selects the discoveries and supports them with grant dollars and human capital. “The human capital consists of individuals that have come out of the pharma industry who have worked with researchers, converted technology discovery into an actual product, all through grant support,” Shah says.

BIO has formed the Clinical Trials Modernization Initiative to address challenges. The initiative’s leadership tentatively aims to issue its initial recommendations at the annual “BIO International Convention,” which takes place April 22-25 in Chicago.

Shah says these experts develop concrete plans and oversee them. The initiative taps Cleveland-based as well as national resources located at health systems, universities and contract research organizations. The technologies are advanced to products that have validated preclinical studies, as well as human clinical studies, which form the pipeline for future pharma companies. “The work is done through partnerships with contract research organizations, for example, Ricerca Biosciences,” Shah adds.

BioMotiv attracts projects not only through the Harrington Project but also from other organizations, such as disease foundations, and translational initiatives. There are 10 projects that are supported by the Harrington Discovery Institute and another six projects supported by BioMotiv, in research areas such as cancer, cardio, neurosciences, anti-inflammatory and anti-infectives. “We will work with small molecules and with biologics,” Shah adds.

Despite efforts such as BioMotiv trying to make a dent in the process, the overall efficiency of pharma research and development continues to decline. The Biotechnology Industry Organization is underway with an effort to tackle the challenges, which include the increasing timelines and costs associated with the clinical trials process. BIO has formed the Clinical Trials Modernization Initiative to address challenges. The initiative’s leadership tentatively aims to issue its initial recommendations at the annual “BIO International Convention,” which takes place April 22-25 in Chicago. There will be three sessions at the convention focused on clinical trials modernization.

The modernization initiative is a “study of studies,” researching papers and initiatives that have reported on modernization efforts. “We realize there are a lot of good approaches out there; but it also seems to be very disparate,” says Tracy Cooley, spokesperson, BIO. “There was a lot of work going on to ramp up and tear down and start another project. There isn’t a lot of cohesiveness and we seem to be recreating the wheel often in the industry.”

The lack of industry-wide practices and approaches creates challenges, such as difficulties in enrolling patients and developing strong data to take to the FDA.

Cooley says members and various industry stakeholders with expertise in the clinical trials process are identifying the best approaches to create efficiencies. Efforts include developing ways to maximize resources and cost savings and patient access, using things such as biomarkers in order to better segment the population and target patients with a special emphasis on qualifying patients, Cooley says.

What’s more, the modernization effort looks at the proper interpretation of data, and identifying end points that will lead to conclusions. “We are also looking at different approaches to advance clinical trials design and more adaptive approaches,” Cooley says.

In addition to exploring efficiencies and developing standards for the clinical trials process, industry members are developing infrastructure to keep costs low during the development process.

In Hendricks County, Ind., Biologics Modular LLC has developed a mobile clean lab. “This system creates a clean lab space for pennies on the dollar compared to what it would take to build a facility,” says Cinda Kelley, executive director, Hendricks County Economic Partnership. “Companies lease or own the lab space, locating it next to their existing facilities.” The modular units are certified and help “in the long run for company longevity, as far as costs, helping them to be successful,” Kelley says.

Hendricks County is a well-known location for motorsports activities, which is a high-tech industry, requiring advanced skill sets. The county’s officials determined the skills used in the motorsports cluster would also be well suited to medical device companies. Kelley says based on assets of the area and the state, such as certified technology parks, and universities skilled at moving new technologies into commercialization, officials are able to tout the region’s skill sets and suppliers to bioscience and medical device companies.

Kelley points out that while Hendricks County lacks an incubation space, startups will find a full-service spectrum, connected to financing, grants and loan programs, as well as Indiana’s 21st Century Fund. The community also has a network of service providers small companies can tap into, such as CPA services.

“We don’t have an incubator in our backyard, but we have a system of local experts that we can bring to the table at no cost to the company,” Kelley adds. “It has been a great way for us to attract companies that need these services, including those that may not fit in an incubator, or they may not be moving a technology out of a university. They are in the gap; where do they fit in? We have created an environment for them.”

What’s more, economic developers work with the startups and communities to find facilities that will meet their needs over time. “We also sit down and ask, ‘what is your two-year plan, five-year plan,’ so we are prepared to help them grow and keep them here.”

Much like in Hendricks County and Indiana, officials in Cleveland have created an environment where biosciences-related firms can succeed. Cleveland is home to 700 life sciences companies. In regard to the biopharma industry, Shah notes the state’s research institutions are an anchor point for any successful biopharma. The support system also includes contract research organizations, such as Ricerca Biosciences, and Charles River Laboratories, which are partners assisting companies in bringing projects forward. Contract manufacturing partners include Ben Venue Laboratories, the manufacturing arm of Bedford Laboratories, a Boehringer Ingelheim company.

Shah points out Ohio’s leading support engine for biosciences is the state’s $2.3 billion Third Frontier program, where a significant amount of funding is allocated to the industry. “There is also support infrastructure such as VC funds, as well as seed and angel and validation resources — they have a whole spectrum of support,” Shah says.

Another support organization is JobsOhio, where the state privatized economic development efforts, which has “created funding that is available on a flexible set of terms to assist in the expansion and attraction of companies, including life sciences,” Shah adds.

Connecticut is another state propping up its biosciences cluster. The state is home to 800 bioscience companies, which ranks the state fifth in the nation for this sector. The state is also ranked third in the country for its base of knowledge workers, those holding advanced degrees in the sciences. “We also rank fifth for the number of scientists and engineers,” says Catherine Smith, commissioner, Connecticut Department of Economic and Community Development. “Between these two, Connecticut is attractive for this particular part of the industry, which is not just medical based but also increasingly technology based.”

Initiatives such as BIO’s clinical trials modernization effort, and firms such as BioMotiv, elevate promising drugs from the valley floor to drugs patients can use.

A huge signal to the health care community that Connecticut is serious about the sector and related industries is the $800 million Bioscience Connecticut initiative, which will improve the University of Connecticut’s hospital, support the addition of 50 new research labs, and increase the size of the faculty at the dental and medical schools.

“This effort, in large measure, supported Jackson Laboratory’s move to Farmington,” Smith says. The organization is building a 200,000-square-foot facility at the UCONN health care campus. The lab will create 300 jobs initially, and expand to 600 jobs during a 10-year period.

In addition to the synergies at UCONN, industry clusters are found throughout the state, including in New Haven at Yale University’s health care complex. An incubator, 300 George Street, houses small companies. Yale also has a new west campus, where it will dedicate space to biosciences-related research facilities.

Also in New Haven, Alexion Pharmaceuticals Inc. is building a new global headquarters operation, which will move 350 jobs to the area, and create another 200 jobs to 300 jobs during the next three years.

In regard to the presence of major corporations, Boehringer Ingelheim has a facility in Ridgefield, near Danbury. Pfizer Inc. employs more than 3,000 in the Groton and New London region.

Smith says Connecticut’s diverse base of biosciences companies will also benefit from a proposed STEM initiative. Gov. Dannel Malloy has announced a $1.5 billion plan to support Connecticut’s next generation workforce. The investment into the UCONN system will support the creation of the “nation’s premier STEM honors program and state-of-the-art facilities with $1.5 billion in bonding for construction of teaching and research labs and additional housing and parking;” and, “relocating the Hartford campus to improve accessibility, strengthen collaboration with regional businesses and provide real-world internships to help students launch careers,” according to press materials from the governor’s office.

The initiative is part of the governor’s recent budget proposal, which also includes $200 million to create a fund dedicated to the biosciences sector.

With initiatives and funding to support the biopharma and bioscience sectors, states such as Connecticut and Ohio offer companies access to the tools for success. As pharma companies continue to concentrate on finding new uses for existing drugs as opposed to funding trials, initiatives such as BIO’s clinical trials modernization effort, and firms such as BioMotiv, elevate promising drugs from the valley floor to drugs patients can use.