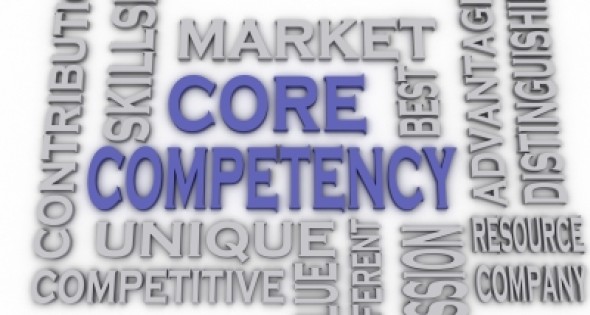 From increased local-regional-state partnerships within education and public agencies, to industry-led collaborations and public-private coalitions, Wisconsin is creating its own playing field for companies, says Tricia Braun, vice president, economic and community development, Wisconsin Economic Development Corp (WEDC).
“Over the past few years, Wisconsin has made significant changes to help increase its competitive advantages for both existing companies and future investments,” Braun says. “In my opinion, we are just beginning to see the rewards from a more aggressive, proactive and forward-thinking approach to statewide economic development.”
The greatest validation of the state’s more aggressive and proactive approach to economic development comes from business expansion and location announcements. Companies are taking advantage of $2 billion in tax relief to initiatives such as tort reform to improve the litigation climate in the state.
One of the biggest forms of relief is the Manufacturing and Agriculture Credit, which virtually eliminates the tax on income from manufacturing activity in the state. By 2016, the tax will be 0.4 percent. Braun says businesses do not need to apply for the credit as it is not an incentive.
“The Manufacturing and Ag Credit gives a leg up to anyone interested in manufacturing and clearly marries well with the productivity of the workforce,” says Larry Burkhart, executive vice president, Fox Cities Regional Partnership, which serves two-and-a-half-counties in the Appleton region. “In addition to that you will see a great deal of use of TIFs throughout the state. It lowers the tax burden, and supports the extension of infrastructure to projects throughout the state.” 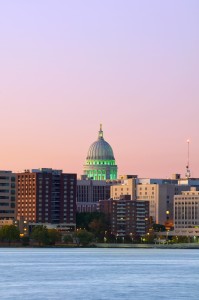 Wisconsin’s capital city, Madison, was recently ranked the “best place to live in the United States” by Livability.
Photo courtesy of WEDC

Wisconsin supports business investments through a series of tax credits and grants. In regard to workforce training investments, Wisconsin has dedicated $150 million to ensure the next generation of workers are qualified, highly technical workers.
The measures undertaken by Wisconsin’s economic development officials bode well for a state with a long history in manufacturing industry strengths. Of the state’s top 50 industries, 34 of them are involved in manufacturing. “Companies are looking at Wisconsin because of our workforce and the technology that is being developed at some of our educational institutions,” Braun says.
“I looked at the BLS numbers for the third quarter of 2014, and the manufacturing sector here has grown at four times the rate of the state’s manufacturing sector,” Burkhart says. “And Wisconsin ranks No. 2 in the country for manufacturing.” The region is home to Kimberly-Clark Corp. and Great Northern Corp., a cluster that grew up in the area’s paper industry. Today’s activities focus on the paper converting industry. The region also features a diverse base of industry sectors such as Pierce Manufacturing Inc.’s fire trucks and emergency equipment; Gulfstream Aerospace’s service center, its largest installation outside of its Savannah, Ga., headquarters; and insurance and financial services firms.

Industries and Innovations
One of Wisconsin’s major business assets is its geographical location in an area “where we can serve multiple markets,” Braun says. “We are between Minneapolis-St. Paul, Chicago, and provide quick access to Canada.”
The state’s target industries include manufacturing; aerospace manufacturing; energy, power and control; agriculture and food production, and water technology. “We are proactive in supporting our companies, and working with them to make sure their operations are supported locally and at the state level,” Braun says. She notes the aggressive tax climate advantages ensure projects and companies that complement Wisconsin’s economy locate and expand in the state.
An example of the success the proactive initiatives are having in the state can be seen in the announcement in December 2014 by Pratt Industries to establish a $52 million corrugated box factory in Beloit. The company was also reviewing locations in three other states. “The local EDC and WEDC developed a competitive package to make sure that project happened in Wisconsin,” Braun says. “This plant will be our first ever in the great state of Wisconsin and is a perfect fit with our aggressive growth strategy to increase our manufacturing footprint and capabilities in the Midwest,” said Anthony Pratt, the company’s chairman, at the time of the announcement.
The 350,000-square-foot manufacturing facility, scheduled to be operational in January 2016, will produce about 600 tons of recycled boxes a day at capacity, the equivalent of saving more than 10,000 trees every 24 hours. The facility will be a showcase in environmental responsibility, utilizing the latest in water reclamation technology, and using compressed natural gas instead of propane to power its forklifts and grab trucks.
Another noteworthy project is the $30 million announcement by Phillips-Medisize Corp. to expand various facilities throughout the state. The contract manufacturer of surgical and medical instruments, which is headquartered in Hudson, will add nearly 500 jobs to its operations. “We are excited to announce the investments in our facilities that will expand our capabilities, enable us to hire employees with needed expertise and will allow us to deliver on our commitments to our customers with the right resources, at the right time,” said Matt Jennings, company chairman and CEO, at the time of the announcement.
United Natural Foods Inc. is another expansion project where the local community and state agencies demonstrated to the company’s officials their desire to win the project. Braun says the company established its first location, a 425,000-square-foot facility in Racine County. Shortly after that project, the specialty foods distributor desired to establish a second facility to support its growth. Prescott, Wis., was selected in February 2014 over other communities and states for the company’s 300,000-square-foot distribution facility. The new facility is located in the Eagle Ridge Business Park, which is one of the state’s Certified In Wisconsin development-ready sites. 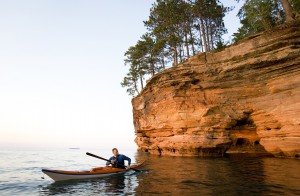 Wisconsin offers a variety of outdoor activities through some of the most scenic landscapes.
Photo courtesy of WEDC

Talent and Education
Entrepreneurship-related initiatives are flourishing in Wisconsin, bolstered by the University of Wisconsin, which conducts more than $1.2 billion per year in academic R&D, and has the second-largest investment endowment in the country.
Eau Claire will host its first ever Startup Weekend, October 2-4. “It is a condensed weekend for entrepreneurs and developers to get together and pitch their ideas for a company and hash out and form a mobile or online business,” says Luke Hanson, director, city of Eau Claire.
The community also hosts the annual Idea Challenge, where more than 100 applicants have applied in the three years of the program. Six companies have formed. The winner of the challenge receives $5,000 toward business services.
From the state’s perspective, the latest activities in regard to technology transfer focus on emerging initiatives in health care IT, bioscience, food technology, water, power controls, aligned with the university system’s strengths, Braun says. She says the food and beverage industry is creating an incubation type of facility. “Along with that is the Global Water Center in Milwaukee, which is an industry-led consortium, and which has nearly filled the facility,” she adds.
Paul Jadin, president and CEO, Madison Regional Economic Partnership, says entrepreneurs have the wind at their backs in the state as more capital becomes available. He says state-supported funds are cropping up, along with new private sector funds and nonprofit funds. “There is a five or six fold increase in the amount of capital that was available even two years ago.
An example is the recent announcement by American Family Insurance that it would be a major benefactor for StartingBlock Madison, along with the city of Madison. StartingBlock Madison is a building that will bring entrepreneurs and innovators together on a regular basis to collaborate, network and other activities.
What’s more, the University of Wisconsin sees itself more of an economic engine for the state than it might have a decade ago, in particular in its backyard of Madison. The university has a program called Discovery of Product, which expedites the commercialization of products and ideas from both students and professors.
In regard to workforce initiatives, Hanson says the Chippewa Valley region (Eau Claire, Dunn and Chippewa counties) is working together to close the skills gaps and shortages of engineers to support its manufacturing sector. There are also 14 school districts and nearly 100 businesses involved in the www.yourfuturechippewavalley.com website, which is geared toward high school students. The site contains job postings and internship opportunities, encouraging work experiences so students are prepared for the workplace beyond their high school experience. In addition to manufacturing activities, the Eau Claire region is well suited to support agriculture and food processing, distribution, medical devices and plastics, and information and computer systems.
Similar sectors are important to Madison’s economy, which targets sectors such as agriculture, food and beverage, IT and advanced manufacturing. Jadin says his organization is coordinating a business and education collaborative to engage all levels of education and get them to communicate better. The region will implement programs such as Inspire Wisconsin, to better connect the school systems to the private sector, developing more internships, apprenticeships, mentoring and job shadowing. “Workforce is unequivocally a priority here and as it should be throughout the country,” Jadin says.

Assets
Hanson says Eau Claire has an inventory of available acreage for development, including the Gateway Business Park, which has 200 acres available. Burkhart says the Fox Cities region features sites in the range of 20 acres to 50 acres. “There are no megasites here; it is one of our limitations,” he says.
In the Madison region, officials are partnering more extensively with the state’s Manufacturing Extension Partnership in an effort to train would be exporters about the exporting process. The community is also working to expand its Foreign Trade Zone designation.
In regard to infrastructure enhancements, Wisconsin’s officials have dedicated $6 billion to ensure the physical infrastructure provides quick access to markets and suppliers. Funds are dedicated to improving roads and bridges, airports, and railways and ports. The roadways are a key piece of the state’s infrastructure, which support the movement of more than 75 percent of the state’s commerce.

Outdoors and Recreation
The 32.5-mile Elroy-Sparta State Bike Trail is one of the most popular bike trails in the country. The trail was the nation’s first rails to trails project, established in 1965. Trail passes are required for bikers 16 years and older; a day pass is $4, an annual pass is $20. In the winter the trail and surrounding trails are well marked and maintained by local snowmobile clubs. There is no charge for snowmobiling or hiking. Source: www.elroy-sparta-trail.com.

Lifestyle
There are plenty of ways to live, play and work in Wisconsin. The state ranks among the top 10 as one of the safest, smartest and most livable states, according to the Morgan Quitno Press. In 2013, Wisconsin was ranked second in the nation for overall health care quality scores by the Agency for Healthcare Research and Quality.
Looking for fun outdoors? The American Birkebeiner, a 52K cross-country ski race that spans from Cable to Hayward, is the largest such race on the North American continent. Eagle River is the snowmobile capital of the world. And Wisconsin is home to the entire length of the 1,000-mile long Ice Age Trail.
At the local level, Burkhart says the Appleton region’s assets contribute to its fast growing population. Amenities include a performing arts center, a world-class soccer facility, and other features, which are supported by the community’s investments in itself, be it education, recreation or entertainment.
Jadin says quality of life leads everything in the Madison region, and that the emerging brand is that the area can be very competitive in terms of IT as the region continues to develop IT businesses, as well as life science firms.
More Info