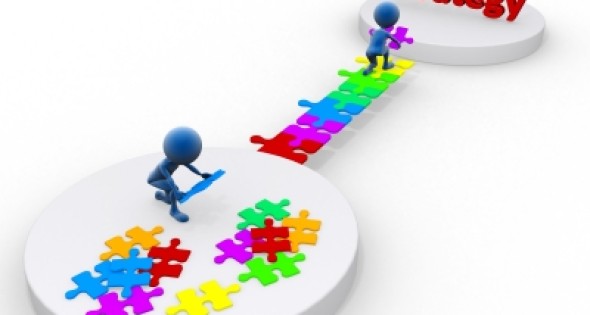 On January 18, a federal court ruling upheld Wisconsin’s Act 10, which repealed most of the collective bargaining rights for most of the state’s public employees. Parts of the act were struck down, such as prohibitions on government employers withholding union dues from paychecks. Also struck down was the requirement of labor unions to vote to recertify annually.

Gov. Scott Walker said at the time of the ruling that the provisions in the act were vital to “balancing Wisconsin’s $3.6 billion budget deficit without increasing taxes, without massive public employee layoffs, and without cuts to programs like Medicaid. With this ruling behind us, we can now focus on the next state budget, which will invest in priorities to move our state forward.”

One of Gov. Walker’s initiatives to move the state’s economic development climate forward has been the creation of the Wisconsin Economic Development Corp., which recently completed its first year audit, says Reed Hall, interim secretary and CEO, WEDC. “We are driving business success in Wisconsin and have documented more than $500 million invested in the state as far as the support we have given to state businesses.”

The efforts by the state’s government and business leadership are supporting the path to meeting Gov. Walker’s lofty goal of creating 250,000 jobs in the state by 2015. An important move in making the path easier for businesses has been the identification of more than 300 rule modifications in 218 administrative code chapters. Gov. Walker highlighted the recommendations by the Small Business Regulatory Review Board during his State-of-the-State address on January 15.

One area of focus for the Walker Administration is to pass a mining bill. “A mining bill will create thousands of high-paying jobs immediately,” Hall says. Sand mining activities take place in northern Wisconsin; the sand is used in oil mining activities. A mining bill would shorten the state’s regulatory period for reviews without sacrificing environmental concerns.

In other initiatives, legislators will consider an investment capital program to support startup companies and entrepreneurs. What’s more, “The governor is working to improve the state’s tax status,” Hall says.

The agricultural and food processing sectors are among Wisconsin’s leading industry clusters. The industries play a major role in Wisconsin’s efforts to boost its global presence. “For the calendar year we just finished we had a record number of exports; and our largest trading partners are Canada, Mexico and China,” Hall says. Wood products and agriculture product companies will be among those attending a trade mission in April to China to create and nurture business relationships.

“We are an ag community, with value-added ag and commodities; and we are a sustainable county,” says Sheila Nyberg, executive director, Clark County Economic Development Corp. A recent addition to the county’s ag industry is Omega Valley Farmers LLC, which is an effort of Heartland Cooperative, which worked with researcher Jerome Donohoe to develop a line of natural Omega-3 products, without the use of fish oil. Omega Valley Farmers has begun the process with dairy products, and will soon move into other markets. The process starts with animal feed, and then follows a certification process. “Just this one opportunity is leading to a massive chain of opportunity for business development and continued growth,” of the county’s ag sector, Nyberg says.

The agribusinesses in Nyberg’s county, located in central Wisconsin, are also looking for ways to convert ag-related waste to renewable energy. “We are involved in taking waste streams such as manure, forestry waste, and whey permeate, and converting them to energy and income streams,” Nyberg says.

Dairy and food producers in The New North marketing region are also eager to manage their waste streams. “A large dairy operation can produce thousands and thousands of gallons of liquid manure, and there are very few options for what they can do to manage it,” says Jerry Murphy, executive director, The New North Inc., which markets 18 counties in northeast Wisconsin. “The traditional approach is to use it as fertilizer and spread it across a field, but there are limited acres to apply that liquid manure.”

Murphy suggests biodigesters have become an alternative to managing manure and/or waste. Food-grade companies benefit by adding their waste streams to manure because it improves the efficiency of a digester because it produces more gas.

Recent activities in the region’s biomass activities include the relationship between the University of Wisconsin-Oshkosh and the Viessmann company, which is based in Germany, and is an international leader in digester technologies. The company introduced a dry biodigester that the university owns and operates, Murphy says. The relationship not only enhances core agribusiness markets, but also positions the state’s manufacturers to take a leadership role.

Portage County, located in central Wisconsin is another community exploring the conversion of waste streams to energy. The University of Wisconsin-Stevens Point is home to an institute for sustainable technology. “They work with businesses on sustainability practices,” says Lori Dehlinger, executive director, Portage County Business Council. “They have been a technical resource to address wastewater streams, and how to generate electricity and heat.”

“The energy market is changing dramatically,” Murphy says, which creates challenges and opportunities. “In regard to the renewable energy stream we are well positioned to put manufacturers here to supply those markets.”

Murphy says the region’s manufacturing sector is more than assembly but also about engineering, design-build, and problem solving. “We can use that capacity approach to identify markets and introduce them over again, such as with energy.” Renewable energy and traditional energy services are areas of manufacturing strength, as well as paper, particularly on the conversion side; and food and agribusiness.

In addition, those suppliers are also well positioned to support traditional energy markets, such as with advances in equipment used to drill in the oil and gas industry.

Nyberg says of Clark County’s manufacturing sector: “Our manufacturers held in there throughout the downturn; we did not lose anyone. We retained two companies that were national companies and our operations were their only survivors.”

Nyberg says the county’s unemployment rate is dropping as manufacturing companies put people back to work. “We need people to move here,” she says.

Moving east to Antigo and Langlade County, a diverse base of manufacturing companies have been undergoing expansions, including a munitions manufacturer. The company was supported in its project with the expansion of water capacity needed in order for the firm to grow. Funding included grants and a new TIF district. Another of the county’s companies is building a facility to house an extruder to produce the film used in its woven bag product. The company had been buying film at a premium, and as a result, lost a customer. With the new capabilities offered by the local company, the customer has returned, moving its business back from overseas.

Forestry is also a thriving industry sector in Langlade County, says Christine Berry, executive director, Langlade County Economic Development Corp. The county is home to 127,000 acres of forest land. The county and Northcentral Technical College have established a new wood center of excellence, which features lab space, and is a facility where companies can conduct testing on products.

In other industry strengths at the state level, Wisconsin is home to a strong cluster of financial and insurance industry companies, which often flies under the radar of business. Murphy points out that the sector comprises the area’s largest employers. Employers include Humana, United Health and Acuity. “We have the labor market and educational institutions to support these activities,” Murphy says.

An emerging industry in The New North region focuses on data center functions. Twenty greenfield sites have been prequalified, which feature redundant energy and telecom infrastructure. This year, officials will begin adding existing facilities to that inventory.

Murphy notes companies will find trained staff and the necessary skill sets to support their business models. “There is a strong focus on workforce, both from the supply side and also filling the pipeline supply for the future workforce,” he notes.

Nyberg says Clark County’s officials are reaching out within the state and beyond to attract workers to the area, who will benefit from an excellent quality of life, and living in a major medical hub.

Dehlinger says the Medical College of Wisconsin will locate a presence in nearby Marathon County, which will work in partnership with other counties to train doctors locally. Also in her area, the University of Wisconsin-Stevens Point was recently cited as being one of top 10 universities in the Midwest. Additionally, the location of new technical college facility downtown “will bolster businesses, and bring new life to the downtown,” Dehlinger says.

Downtown revitalization efforts are also underway in Langlade County, where the city has approved 20 grants to support improvements to building façades. The program started with $20,000, awarded as grants of up to $3,000 at a 3:1 match. “The $20,000 was exhausted within months,” Berry says.

Berry says Langlade County is home to a thriving health care sector, highlighted by the addition of a new $45 million hospital. “Langlade Hospital and a clinic in another county will also establish a medical clinic in the White Lake area, which will be open this summer,” Berry says.

Dehlinger says Portage County is adding two new medical clinics. “The Marshfield Clinic is putting up a new $18.5 million facility, which will open in October; and Ministry Saint Michael’s Hospital will build another clinic.” The Marshfield Clinic, which began in the city of Marshfield nearly 100 years ago, is one of the state’s flagship health care providers, and one of the nation’s largest private, multispecialty group practices.

Dehlinger notes Portage County’s central location in the state offers the best of both worlds, in regard to business and recreation. The county’s location at the crossroads of Interstate 39 and U.S. Highway 10 connects its residents to most of the state’s communities within an hour or two.

Langlade County bills itself as Wisconsin’s County of Trails. “Recreation is a huge factor here, with more than 841 natural lakes and 225 streams,” Berry says. “You can de-stress here.”

Wisconsin offers one-day shipping to more than a third of the nation’s population.

The University of Wisconsin receives more research and development money than any other public university in the country.

No public institution — anywhere — spends as much on transfer of applicable technology to private industry as does the University of Wisconsin-Madison.

Wisconsin offers a desirable environment for work and play. Sail, fish or  boat on one of Wisconsin’s 15,057 lakes, swing a club at one of  more than 500 golf courses, cheer at popular sporting events or enjoy a quiet picnic, biking, hiking, skiing, camping or rock climbing. Known as a destination point for those who love the outdoors, Wisconsin also features parks, forests and year-round sporting and recreational diversions.