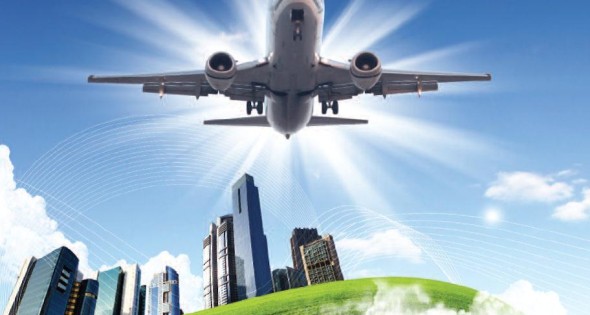 Growth in UAS and general aviation comes with challenges.

The race to establish economic clusters centered on unmanned aircraft systems (UAS) is on. The development and testing of UAS is taking place in states such as Ohio, Oklahoma and Arizona, which offer valuable and available airspace in the United States, which at this time is restricted in regard to flying nonmilitary drones.

In addition to the up-and-coming UAS sector, a promising area in the aerospace and aviation industry is the general aviation sector, where rate increases in commercial programs will boost the work load for manufacturers and suppliers.

Economic development officials and their stakeholders are assisting companies involved in the emerging UAS sector, and those involved in general aviation activities, ensuring they are prepared to navigate new product territory, and ready to train the next generation of workforce.

The UAS sector has been hampered in efforts to fly and test their products due to restrictions on airspace. This scenario is expected to change soon. This summer the Federal Aviation Administration will begin permitting small drone operators to operate in limited locations, selecting six national test sites.

Developers of UAS are increasingly attracted to Oklahoma’s Lawton-Fort Sill region because the region has authorized airspace to support small and medium-sized UAS programs.

“The airspace is unique because the FAA will not allow you to fly unmanned vehicles in the national air space,” says Barry Albrecht, president, Lawton Industrial Foundation. In the Lawton region, private companies are able to test and train on their technologies. The systems being tested include military, homeland security and commercial programs. The UAS fly out of the Oklahoma Training Center-Unmanned Systems, located adjacent to the Army’s Fort Sill, Albrecht says. The center is part of Oklahoma State University’s University Multispectral Laboratories.

Moving north to the Dayton, Ohio, region, the FAA has approved the airspace at the Wilmington Air Park for flying UAS that weigh less than 55 pounds. The air park is located south of Xenia. “This approval is huge because one of the challenges for the unmanned industry has been the ability to actually test and fly them,” says Steve Brodsky, development director, city of Xenia. “This is a perfect location to do R&D and prototyping, as well as testing.”

Another location deemed ideal to test and fly UAS is at the Benson, Ariz., airport. The state of Arizona’s Aerospace and Defense Commission has selected Benson, the Seligman Airport, located 60 miles west of Flagstaff, and the Army’s Yuma Proving Ground as prime locations in the state for the siting of a UAS test range.

Benson has unrestricted airspace located north of the community on land owned by the state or the Bureau of Land Management, says George Scott, director, Southeast Arizona Economic Development Group. “Testing these systems would not interfere with the airspace at Fort Huachuca or in Tucson,” Scott says. “Benson is at the crossroads of these two communities.” Fort Huachuca is a leading military base for testing, flying and training on drones.

Officials in Benson are collaborating with state officials to put together a proposal to support the development of nonmilitary drone technologies in the community. Arizona’s officials hope to attract of one of FAA’s dedicated UAS test sites.

One of Arizona’s assets includes a UAS curriculum at Embry-Riddle Aeronautical University in Prescott. The city of Prescott Valley is located 15 minutes from Embry-Riddle. The community is home to suppliers of high precision products to Bell Helicopter and various defense-related and aerospace companies in the Phoenix area, which is located 87 miles south. “Prescott Valley is the gateway city to the quad city area of north central Arizona,” says Gary Marks, executive director, Prescott Valley Economic Development Foundation. The city wants to grow its aerospace-related supplier network. The community has an airport and available facilities and land to support expanding companies that require access to an airport.

General Aviation Ready for Take Off

In addition to the emergent UAS sector, another growing sector centers on general aviation, where rate increases in commercial programs will boost the activities of manufacturers and suppliers. Wichita, Kan., is a community with a large general aviation cluster. Economic development officials are working with supply chain members to get out in front of this growth, ensuring companies are aware of programs and resources that will assist with investments in new equipment and workforce training efforts.

Wichita area workforce alliance groups and OEM-driven workforce initiatives are underway to transition laid off workers into other opportunities. Earlier this year, The Boeing Co. announced it would close its Defense, Space and Security program in Wichita. The company is currently completing programs and will be in Wichita through 2013.

“There couldn’t be better timing,” when it comes to placing workers, says Debra Teufel, managing director of business development, Greater Wichita Economic Development Council. “This year Bombardier Learjet announced an expansion, adding 450 to 600 new positions in the coming years,” she says. “Our hope is that some of the Boeing workers can be absorbed into the Learjet facility.” What’s more, the signs of life at the general aviation companies in the Wichita area point toward a pick up in hiring.

Increases in rates for commercial aircraft bode well for the industry’s suppliers. For the emerging UAS sector, assistance from the FAA in the form of unrestricted airspace will lead to more expansion activities.

Teufel says that although the community’s general aviation companies are competitors, “when there is a crisis they come together well and are working to put a plan in place to hire those folks once Boeing is ready to let them off their payroll.”

Even though Boeing is closing an operation in Kansas, the company is committed to subcontract $3 billion of work to suppliers in the state. Boeing has indicated it will increase this rate. “The largest beneficiary is Spirit AeroSystems,” Teufel says. “The company employs more than 10,000 people and is our largest employer.”

Spirit AeroSystems builds components and large sections for virtually every plane that Boeing builds. The company also builds components for other OEMs. “Spirit builds the fuselage for the Boeing 737,” Teufel says. “Those rates are continuing to climb, which is good for the Wichita community because Spirit subcontracts to suppliers that build smaller components that go into the fuselage.”

Aerospace suppliers also thrive in Xenia, which is part of the Dayton-based Ohio Aerospace Hub of Innovation & Opportunity, which means the state can offer incentives to support industry members. “Our niche is providing opportunities for smaller suppliers that don’t have tons of money to buy real estate located along interstate highways,” Brodsky says. “For example, real estate along I-675 sells for $400,000 an acre; and in Xenia you can find land along US 35, which is 10 minutes away, for $40,000 an acre.”

Xenia’s workforce consists of machinists what were once employed at GM and Delphi. The area’s higher education system offers workforce training support to industries. Additionally the area’s workforce is well versed in working with carbon nanofibers. The National Composite Center is located in Kettering.

In the private sector, Brodsky says GE has partnered with the University of Dayton to build a research center called the EPIS (Electrical Power Integrated Systems) R&D Center. The partners will conduct research on propulsion systems.

Aerospace-related research and administrative activities also thrive at nearby Wright-Patterson Air Force Base, Brodsky says. “The base is home to the Air Force Research Laboratory, the Air Force Materiel Command, and the Aeronautical Systems Center,” he says.

Moving to Oklahoma, Fort Sill is now home to the Army’s Air Defense Artillery branch; as well as the home of the Army’s Field Artillery Center. Fort Sill is home to 17,000 civilian and military employees. The Lawton region is home to defense firms such as Raytheon, Lockheed Martin, Boeing and others. Albrecht says Oklahoma’s governmental leadership is committed to the aerospace industry, as evidenced by the fact that Gov. Mary Fallin will meet with aerospace industry leadership, and will walk the floor at aerospace and defense trade shows meeting industry players. “You don’t see that in other states,” Albrecht says.

Moving to northeast Oklahoma, Enid is another of the state’s communities that support aerospace industry activities. Enid is home to Vance Air Force Base, which is one of three Air Force pilot training bases. “Our airspace is government owned, but not necessarily government controlled, which offers less congestion and the opportunity for companies in need of testing,” says Brent Kisling, executive director, Enid Regional Development Alliance.

Enid is also home to a workforce skilled in MRO activities and flight instruction. The Woodring Regional Airport and Industrial Park, envisioned as a hub for flight training services for general aviation pilots, features 67 acres located adjacent to the airport’s runway.

“A growing trend in general aviation training is to use live support aircraft to do initial flight work because it is much less expensive to fly one of those,” Kisling says. “We have the training for that niche in the aviation industry.”

In private sector activities, Enid is home to Aviator’s Wing, which conducts general aviation flight training. Another company, Aircraft Structures International Corp., has been adding hangars to its operations, with plans to bring on three more. The company is one of the nation’s largest maintenance operations for the Cessna Caravan. The company also services planes from other countries.

Kisling says beyond the physical assets for the aviation industry, Enid’s education and training system offers further advantages. The Autry Technology Center is the state’s second-largest career and technology center, where training is offered to industry and the military base. “Our base is a little different than most bases in that the lion’s share of employees are civilians,” Kisling says. “We even have a classroom at the airport.”

Enid is also located in proximity to Tinker Air Force Base in Oklahoma City, which is an hour-and-a-half away; and to the north, Wichita is also the same drive time.

“The opportunities in this part of the state are endless,” Kisling says. “Coupled with the outstanding training programs, the low cost of doing business, and the amazing airspace, it is ideal for the industry.”

Wichita’s Teufel says aviation firms will find an available and retrained highly skilled manufacturing and engineering workforce to fill their talent needs. “There has never been a better time to access talented labor,” she says. “There is also a renewed focus by the community in developing large land parcels that have been identified for industrial development.” What’s more, Teufel adds, the costs of conducting business in Kansas are 25 percent lower than the national average.

Certain sectors of the aerospace and aviation industry are poised to experience growth this year, assisted by economic development partners in maximizing opportunities for success. Increases in rates for commercial aircraft bode well for the industry’s suppliers. For the emerging UAS sector, assistance from the FAA in the form of unrestricted airspace will lead to more expansion activities.