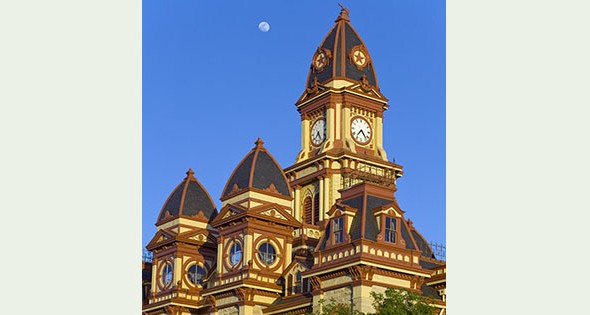 An economic impact analysis commissioned by the Greater San Marcos Partnership (GSMP), a non-profit organization leading the economic development efforts for San Marcos and Hays & Caldwell Counties, reveals that from 2008 to 2016 $26.7 million was attributed to the motion picture, film, and TV productions in the region.

185 jobs were supported during the eight year period. The analysis was produced by TXP, Inc., an economic analysis and public policy consulting firm, based on data provided by the Texas Film Commission.

Since 2008, Hays and Caldwell Counties have been host to over 100 film related projects, but could improve its attraction by considering the analysis’ recommended strategies. Among the recommendations is to leverage the uniqe attributes, local flavor, and scenery of the region. Additionally, opportunities could be enhanced through possible local incentives. The analysis highlights the importance of Texas State University in the equation by providing talent, knowledge, and locations. In the past five years, nearly 20 productions were filmed on its campus.

“Reports such as this one commissioned by the Greater San Marcos Partnership showcase the need for continued economic development for all of our Texas moving image industries. By developing relationships with supportive local leadership in Texas communities like those in Hays and Caldwell Counties, productions can continue to expect first-rate service from local crew and businesses interested in the economic benefits of media production.” Said Stephanie Whallon, Director, Texas Film Commission.

The Texas Film Commission, designed to grow the economy through the moving image industry and create jobs in Texas, manages the Texas Moving Image Industry Incentive Program (TMIIIP). The TMIIIP provides qualifying film, television, commercial, visual effects, and video game productions the opportunity to receive a cash grant based on a percentage of the project’s eligible Texas expenditures. Since 2008, nearly $30 million in TMIIIP grants have been provided to projects in Hays and Caldwell Counties. From 2008 to 2016, total spending into Texas from projects produced in Hays and Caldwell Counties was $133.2 million.

The complete analysis entitled Economic Impact of the Moving Image Industries in Caldwell & Hays Counties is available at greatersanmarcostx.com/publications.

About the Greater San Marcos Partnership

The Greater San Marcos Partnership (GSMP) is the 501c6 regional economic development organization serving the city of San Marcos, and Hays and Caldwell Counties focused on positioning the region for a wider diversity of quality jobs with higher wages. The GSMP mission is to increase economic opportunities for all in the heart of the Texas Innovation Corridor.