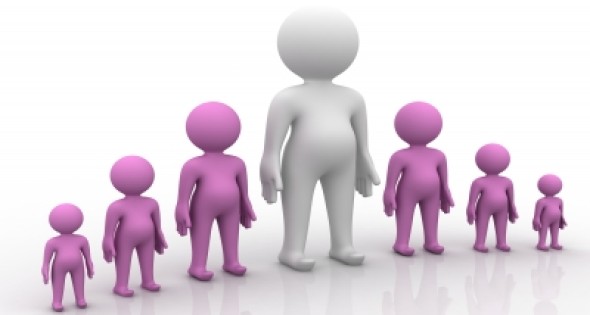 By David Hodes
This is a state that has come roaring out of the recession as a true survivor from natural disasters, positioning itself to be a model of new economic progress.

In emailed responses to questions, Gary Perilloux, communications director for Louisiana Economic Development (LED), wrote that, in almost every meaningful way, Louisiana has turned the corner and advanced beyond the 2005 hurricanes with a great track record of restoration, preparation and success.

Perilloux wrote that, since 2008, Louisiana has attracted world-scale energy, technology, corporate office, manufacturing, financial service and other projects that are producing more than $54 million in new capital investment and resulting in 83,000 jobs in the state.

Michael Hecht, president and CEO of Greater New Orleans, Inc., the economic development organization for southeast Louisiana, echoes those sentiments, using New Orleans as an example. “The overall story in New Orleans is that the city has not just come back from Katrina,” he says. “But, across any number of measures, it has come back better than in 2005.

We got our foundational old line industries like energy, international trade and advanced manufacturing that are growing at record levels. But then we have new diversifying industries like technology, medical and emerging environmental in the economy for the first time. And if you look at them, each of them is really pushing into new heights.”

Policy reforms by Gov. Bobby Jindal have enhanced the competitiveness of the Louisiana business tax structure, and have installed a slate of workforce and education reforms improving the business climate, education and quality of life in the state.

Initiatives by the LED include FastStart, a comprehensive, highly customized workforce solutions program that enables companies expanding in or relocating to Louisiana to quickly assemble a well-trained staff from day one.

In August, LED rolled out the LouisianaJobConnection.com, the state’s innovative online portal matching job seekers and employers through a user-friendly site that employs a sophisticated algorithm.

Without question, the state is the most improved for business in the country since the governor took office in 2008, writes Stephen Moret, secretary, LED, in an email response. “We place higher in every national business climate ranking than we ever did prior to January 2008. Over the next few years, we will experience the biggest manufacturing expansion in state history.”
Moret adds the state is diversifying the economy into new growth sectors, such as software development, with leading companies like IBM, GE Capital, CGI, Gameloft, CSC, EA and CenturyLink. “As Forbes.com has stated, Louisiana has become America’s new frontier for business opportunity,” he writes.

Industries and Innovations
Some of the biggest projects underway in the state now include Yuhuang Chemical Inc., the first major Chinese foreign direct investment project in Louisiana, announcing the selection of St. James Parish along the Mississippi River for development of a $1.85 billion world-scale methanol manufacturing complex.

The 1,100-acre site is midway between Baton Rouge and New Orleans. Construction will begin in 2016, with the first phase of the project beginning operations by 2018. It will create 400 new direct jobs with an estimated 2,700 indirect jobs. Yuhuang will export most of the methanol made there to China for production of downstream chemicals, with an estimated 20 percent to 30 percent of the methanol to be sold in the North American market.

In other energy-related news, Marathon Petroleum Corp. has announced a potential $2.2 billion to $2.5 billion upgrade of its Garyville refinery, where it completed an approximately $4 billion expansion in late 2009 that helped make the site Louisiana’s largest refinery and the nation’s third-largest refinery.

The Port of South Louisiana just had five announcements of companies coming into the port district to take advantage of the many deep water sites available along the Mississippi River. “And the low cost of natural gas is driving people to our area because that is a hard combination to beat — the low cost of natural gas and the deepwater port,” says Paul Aucoin, executive director, Port of South Louisiana. “It’s just unbelievable what is going on right now. It’s like a gold rush.”

Aucoin says that they are working on the redevelopment of the Globalplex Intermodal Terminal in the heart of the port, is a 335-acre public terminal owned by the port and operated by Associated Terminals, for both vessels and barges that provide handling and storage for bulk, breakbulk and containerized cargos. The port will construct a warehouse for Globalplex and create other improvements for cargo moving efficiencies and shipping flexibility.

In northeast Louisiana, Sapa Extrusions North America, an aluminum manufacturer of sliding doors and stadium seats and a subsidiary of the Orkla Group in Stockholm, Sweden, recently expanded its Delhi plant and added 75 new jobs, for a total of 330 jobs.

Also in Delhi is ConAgra Foods Lamb Weston, with its frozen sweet potato processing plant and plans for future expansion. “More importantly we are working on a 50-year plan for sites along the interstate from Ouachita Parish in west Monroe to the Mississippi River,” says Tana Trichel, president and CEO, Northeast Louisiana Economic Alliance. “And we are certifying those sites, which is huge for us.”

Talent and Education
The CGI Group, one of the largest independent information technology and business process services firm in the world, announced the selection of the University of Louisiana at Lafayette Research Park for a new 400-job technology center.

Additionally, and in support of the workforce pipeline for information technology, a 10-year $4.5 million state higher education initiative led by the University of Louisiana at Lafayette will result in the tripling of the number of undergraduate degrees awarded annually by the university’s School of Computing and Informatics.

Outdoors and Recreation
Grand Isle State Park, off the coast of Louisiana, is a beach ridge created by the action of the waves of the Gulf of Mexico and serves as a breakwater between the gulf and the network of inland channels that connect to the bayou tributaries of the Mississippi River. It is also the launching point for excellent deepsea salt-water fishing adventures. Speckled trout can be caught by surf fishers year round, especially in the spring and summer.

Assets
Officials from the Port of South Louisiana are watching developments on the widening of the Panama Canal closely. While the container ships that will soon be able to come through the canal — some carrying up to 18,000 containers — are too big to access the port, Aucoin says the port can provide offloading services from those ships to smaller ships in Kingston, Jamaica. “We have heard that it will affect us indirectly, and that we should expect a 15 percent growth in bulk cargo as a result,” Aucoin says. “We are not really in the container business, we are a bulk port primarily. But we are looking at a possible viable site and for a company to joint venture with us for a container facility.”

With all the unprecedented growth in New Orleans outpacing most of the rest of the country, Hecht says, there is a downside. “It’s causing us some real growing pains and we are now playing catch up in terms of getting sites certified and ready for shovels and getting our workforce trained and ready,” he says.

The region has put aggressive programs in place for site certification and more, with internal strategies designed to continue to bring people back in to the state. “New Orleans is one of the more beloved cities of the world,” Hecht says. “Its reputation is driven largely by culture as opposed to business. And so we need to tell the story that, yes, the culture here is world class but the business climate has, in a number of surveys, been named one of the top 10 in the country.”

Lifestyle
Louisiana’s lifestyle can best be demonstrated in New Orleans, including the great food, great people, the jazz, the diverse and unusual culture that is one of a kind in this country and indeed, in the world. But there’s more to the state than just this iconic city.

Trichel says that the northeast part of the state is “a hunter’s paradise.” “It’s one of the most prolific hunting areas in the country, where any sportsman would be happy.” Trichel says there is also lake living in the area. “We have the most beautiful bayous in the country, in my opinion,” Trichel says. There are 27 bayous that run through Monroe, with many luxury homes located on them. “We feel that we are an undiscovered paradise,” she says.