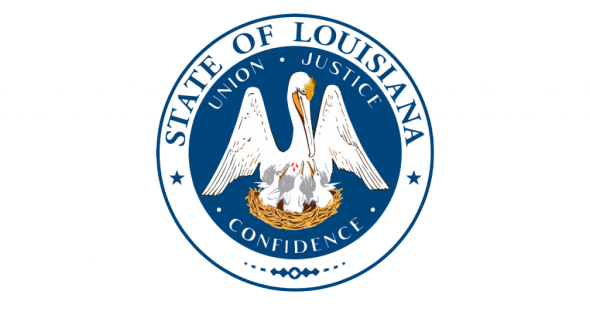 Syrah Technologies is retaining 19 employees and creating 36 direct new jobs with average annual salaries of $69,000, plus benefits. Louisiana Economic Development estimates the project will result in 52 indirect jobs, for a total of 88 new jobs in Louisiana’s Central Region.

The company will add 180,000 square feet of building and processing space to its existing 50,000 square-foot facility, enough to install equipment and systems for processing natural graphite into active anode material (AAM) used in lithium-ion batteries for the electric vehicle industry. The expansion announcement comes on the heels of a December 2021 offtake agreement with Tesla Inc. to supply natural graphite AAM for use in batteries.

“Today’s announcement by Syrah Technologies is another example of how Louisiana’s commitment to a cleaner energy future can strengthen our economy,” Gov. John Bel Edwards said. “This is just the beginning of Louisiana’s efforts to help vehicle manufacturers leverage our state’s unique logistical advantages to meet increasing electric car and truck demand. We congratulate Syrah for its commitment to sustainability, and applaud their continued investment in rural Louisiana.”

Headquartered in Melbourne, Australia, Syrah Technologies is the subsidiary of Syrah Resources, which owns the Balama Graphite Operation in Mozambique. The Balama site is home to globally significant natural graphite resources, and it is the world’s largest integrated natural graphite mine and processing operation. The Vidalia expansion, which will allow for the annual production of an estimated 11,250 tonnes of AAM, is central to Syrah’s strategy to become a large-scale vertically integrated natural graphite AAM supply option for the growing U.S. battery supply chain and electric vehicle market.

The company expects construction on the AAM facility expansion to begin in the first quarter of 2022, with hiring for the new jobs to commence around mid-year. Construction is projected to be completed in mid-2023, with AAM production beginning in the third quarter of 2023.

The State of Louisiana offered Syrah a competitive incentive package that includes the services of LED FastStart, the No. 1 ranked state workforce development program in the nation for the past 12 years. Syrah Technologies is expected to utilize Louisiana’s competitive incentives, including the Industrial Tax Exemption Program and the Quality Jobs program for Louisiana-based employees.

“Congratulations to Syrah Technologies and the people of Concordia Parish on this important economic development announcement,” Louisiana Central President and CEO Jim Clinton said. “Syrah’s investment will continue to diversify and expand the economy of Central Louisiana and provide critically needed high-paying jobs. The company is solidifying its position in the global supply chain for the making of lithium ion batteries. Concordia’s strategic location on the Mississippi River is a highly valued asset for companies like Syrah.”