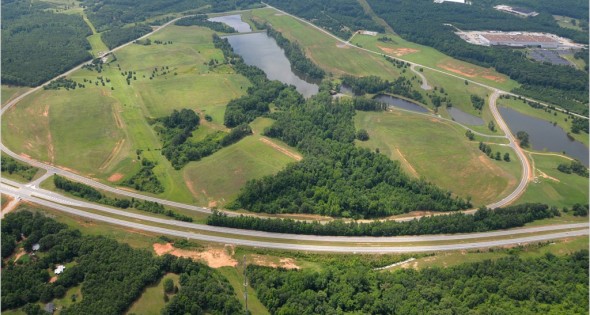 Marukan, a Japanese leader in rice vinegar brewing, recently announced it will locate its second U.S. brewery in Griffin, Ga., at The Lakes at Green Valley, the state’s first eco-friendly park, creating 15 jobs and investing $13 million into the project.

“The fact that a global leader chose Georgia to locate its first East Coast production facility is an indicator that our state is the right place for businesses to flourish,” says Chris Carr, commissioner, Georgia Department of Economic Development. “Our dynamic network of companies, interconnected transportation infrastructure and access to skilled talent continue to attract innovative businesses such as Marukan. We look forward to their continued growth here.”

The 100,000-square-foot brewing facility will support the company’s growing customer base in the Southeast. The manufacturing facility will produce, package and distribute premium rice vinegar using traditional brewing methods developed over three centuries. The Griffin plant will more than double the company’s current production capacity, when combined with the Marukan brewery in California. Marukan will also work with students at the University of Georgia Griffin Campus to research opportunities for current and new products. Production is expected to begin in early 2017.

“It has been my dream and vision to build Marukan’s second U.S. plant in the east,” said Chairman Denzaemon Sasada. “This location in Griffin is ideal for our natural brewing method and we are very excited to join many other quality Japanese companies who have found a new home in Georgia.” Headquartered in Kobe, Japan and Paramount, California, Marukan has been brewing rice vinegar since 1649 and celebrated its 40th anniversary in the United States last year. Marukan is the nation’s leading maker of 100 percent organic rice vinegars which are popular in the largest health food chains such as Whole Foods Market, as well local independent natural food shops.

Japan is one of Georgia’s top five investor nations and companies based in Japan employ more Georgians than any other international company in the state. Scott McMurray, division director of global commerce at the Georgia Department of Economic Development, and Yumiko Nakazono, managing director of Georgia’s office in Tokyo, worked with the Griffin-Spalding Development Authority to assist Marukan on behalf of the state of Georgia.