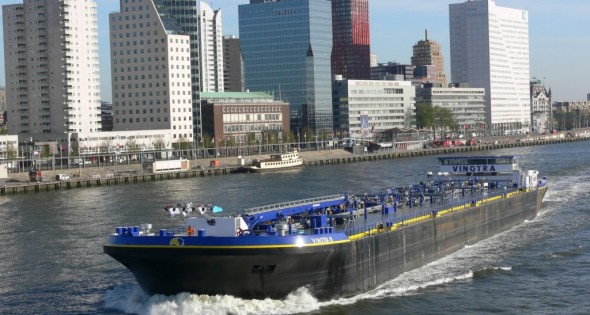 Port of Rotterdam. Image courtesy of the Bureau Voorlichting Binnenvaart

By the Netherlands Foreign Investment Agency

More than 680,000 American jobs resulted from economic ties between the United States and the Netherlands in 2011, the latest year for which figures are available, according to a recent report by the Royal Netherlands Embassy. This figure represents a 9 percent increase from the previous year, translating to jobs for 55,000 more Americans.

The report, “Economic Ties Between the USA and the Netherlands, A Partnership that Works,” explores data on trade, investments, R&D cooperation, and job creation. It also profiles Dutch companies that have established U.S. locations — more than 850 Dutch companies had U.S. sites in 2011.

Stephen Raes, minister of the Economic Department of the Royal Netherlands Embassy, says the report shows that both Dutch and American businesses continue to show confidence in each economy by increasing investments in both countries.

“As the global economy continues on the road to financial recovery, our Economic Ties report proves that durable, bilateral ties consistently yield results for both nations,” Raes says. “Imagine how much stronger these ties can be when the U.S. and the European Union establish a pact known as the Transatlantic Trade and Investment Partnership.”

The Transatlantic Trade and Investment Partnership is an ambitious free-trade agreement that supporters say could lead to thousands of jobs and major economic growth for both EU nations and the United States.

“This agreement will be crucial to the continued growth of both our economies,” says Rudolf Bekink, Dutch ambassador to the United States. “The numbers in our Economic Ties report can be the seeds to the bountiful trade opportunities that will open up. In nearly every critical trade indicator, such as goods and services imported and exported to each country, the Dutch-U.S. economic ties saw increases.”

The United States and European Union began formal negotiations for the Transatlantic Trade and Investment Partnership in July, and hope to reach an agreement by the end of 2014. The agreement would eliminate all tariffs on trade and improve compatibility, transparency, and cooperation between EU and U.S. companies. It is also expected to promote global competitiveness of small and medium-sized enterprises. 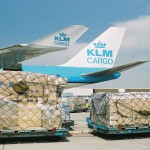 On the State Level

According to the Economic Ties report, Texas, California, Massachusetts, New York and Connecticut received the most Dutch foreign direct investment (FDI) in 2011. Collectively, they received more than $30 billion in Dutch FDI.

Dutch investment in Texas, and Texas’ exports to the Netherlands supported 98,271 American jobs in 2011, an increase of 30 percent from 2010, making it the top beneficiary of Dutch-American economic ties. More than 80 Dutch companies are based in Texas, including Aegon, KLM, Shell, Philips and Reed Elsevier.

In California, 63,278 jobs were supported by Dutch investment and California’s exports to the Netherlands. Imports from the Netherlands totaled $1.1 billion, nearly 20 percent of which were beverages and tobacco. The state exported $4.6 billion in goods to the Netherlands, with the largest category being computers and electrical equipment. Heineken, Unilever, and Arcadis are among the Dutch companies who have set up locations in California.

The U.S.-Dutch partnership in scientific R&D is one of the top areas where cooperation between the two countries is most evident. According to the Economic Ties report:

The Netherlands benefits greatly from a close economic relationship with the United States, with more and more U.S. companies choosing the country for their European expansion plans. In 2012, the Netherlands Foreign Investment Agency (NFIA) supported the attraction of 170 foreign investment projects, representing 5,166 jobs and planned investment of $1.248 billion.

The United States retained its top spot as the leading single-country investor with 58 projects, a healthy increase over 2011, which saw 46 projects.

“The Netherlands succeeded in attracting many high-quality projects in the past year, which resulted in the establishment of European headquarters operations, R&D activities, and strategic manufacturing,” says Bas Pulles, commissioner, NFIA. “The share of high-quality projects increased for the fifth consecutive year to 49 percent in number of projects and even to 70 percent in number of jobs.”

The list of successful projects in 2012 included the global headquarters for D.E. Master Blenders 1753 (Sara Lee spinoff), and the new European headquarters and R&D facilities for Avery Dennison. They join companies such as Abbott, Boeing, Coca-Cola and Heinz, who have already established major Dutch locations.

The Netherlands offers many business benefits, including top-notch infrastructure, a highly educated workforce, and a favorable tax structure featuring a corporate income tax rate of 25 percent, which is lower than surrounding countries.

Perhaps one of the Netherlands’ top selling points for companies searching for a “gateway to Europe” is its strategic location. Situated on the coast of the North Sea and along an extensive major river network, the country is home to 57 percent of all U.S. and Asian distribution centers in Europe. The Dutch logistics sector handles more than 22 percent of all international goods transportation throughout Europe, moving most of the cargo through Rotterdam, Europe’s biggest port.

For more information on the Economic Ties report, visit: www.economicties.org. For more about NFIA, visit www.nfia.com.

The Port of Rotterdam is Europe’s largest and most important seaport, while Schiphol Airport is ranked as Europe’s best airport for both cargo and passenger transport.

The Netherlands is one of the most wired countries in the world. More than a decade of investment in high-speed Internet, cable and digital communication systems have created an ideal base for companies seeking modern technology.

The Netherlands is proud to have a high standard of living, while maintaining an affordable life for its residents. The costs of living, housing, education and cultural activities are lower than in most Western European countries.