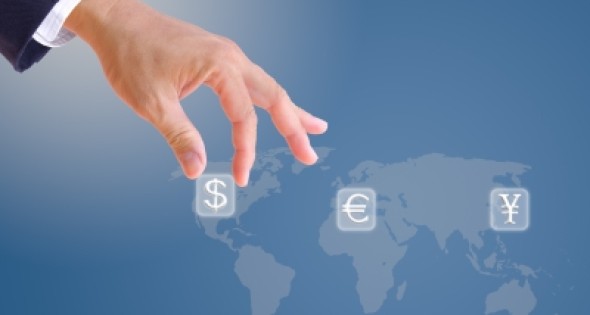 ReShoring: Making it a Reality

It may not be a flood yet, but some United States companies that manufacture overseas are bringing their factories back to the United States. According to the Reshoring Initiative, an industry-led effort, reshoring is becoming a reality because companies are making business decisions after learning the true and full costs of manufacturing far from their main client and consumer markets. The association reports that reshoring is an efficient way to reduce imports, increase exports and regain manufacturing jobs in the United States.

That was certainly true for Trident Case, a mobile device case manufacturer operating in the Ontario, Calif., which is located in the County of San Bernardino. Trident announced plans this year to move more of its manufacturing to inland Southern California from China. 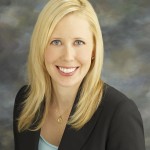 The firm acquired a 42,000-square-foot manufacturing facility in Rancho Cucamonga to facilitate the expansion. The growth is a result of the company’s goal of rapidly moving to onshore 50 percent to 75 percent of its manufacturing business from China to inland Southern California.

Yow notes that manufacturing in the United States can be challenging. Labor, utilities, infrastructure and regulations can all be more expensive here when compared to China. However, he adds that there are substantial benefits to manufacturing in the United States, including tax benefits, significant time and transportation savings, greater quality control, and speed to market.

The firm also found that manufacturing in the United States creates a domino effect of opportunities that extend far beyond Trident Case. Suppliers of raw materials and their suppliers, transportation providers, the local cities, County and State all benefit. Trident Case now plans to grow its Proudly Made in the USA portfolio of products, providing additional economic opportunities for Americans.

As part of this program, Trident’s products are designed, manufactured, and assembled in the U.S. Trident manufacturing facility. The company’s first Proudly Made in the USA product is the Aegis for the Google Nexus 7 and Kraken A.M.S. for the iPad 2/3/4th generation. Trident partnered with suppliers in the United States to source raw materials for its Made in the USA program.

Another major location advantage cited by Yow is that by manufacturing in the county, the company’s air freight shipping costs are reduced by 60 percent. The firm contracts with UPS, located just a few miles from its facility at Ontario International Airport, providing a fast turnaround for product delivery.

The county and Rancho Cucamonga representatives introduced Trident Case to California Manufacturing Technology (CMTC), a non-profit program that provides expertise in how to manufacture efficiently. CMTC representatives visited the facility, evaluated operations, and provided recommendations at no cost to Trident Case on how to streamline operations.

Trident Case is also taking advantage of the local Foreign Trade Zone, which provides a reduction in costs when importing and exporting. The zone was put in place in the county specifically to encourage more manufacturing.

Trident isn’t the only local manufacturer willing to bring manufacturing back to the United States.

Lollicup® USA, Inc., a specialty beverage manufacturer, supplier, and retailer, announced an expansion and relocation this year of its U.S. headquarters to the County of San Bernardino.  The 300,000-square-foot plus facility is now under construction.  When completed, the building will house Lollicup’s Southern California distribution center and manufacturing, as well as provide on-site sales. The company currently has 150 employees, with plans to add additional employees once relocation is complete.

Alan Yu, president and CEO of Lollicup, shared that the new space will house a state-of-the-art manufacturing facility for paper and plastic disposable goods.  The firm is moving its manufacturing from Asia to California to shorten customers’ lead times and to meet increased demand for products.  Once in place, Lollicup will be able to provide a 24-hour operation, eliminating the time and process involved with shipping overseas.

Lollicup’s reasons for reshoring align with a Boston Consulting Group (BCG) survey that cited labor costs, product quality, ease of doing business, and proximity to customers as top factors driving future decisions on production locations. A large percentage of the companies surveyed by BCG also said they believe that labor costs in China “will continue to escalate,” and many agreed that “sourcing in China is more costly than it looks on paper.”

The County of San Bernardino is able to support many of the reasons that make reshoring a profitable option. It is located at the heart of a Southern California consumer population of 22 million. This location at the intersection of four major Southern California counties puts both Lollicup and Trident Case in strategic position to reach millions of customers and more efficiently grow and service their client base. The county also provides a 900,000-strong quality workforce and reliable infrastructure that includes freeways, airports and access to the nation’s largest seaport, all key factors cited in the BCG survey.

Reshoring is an important and positive trend for the county and the nation. However, it takes a number of partners and proactive work to make it happen as Trident and Lollicup both prove.

Kelly Reenders is economic development administrator for the County of San Bernardino.

Located at the heart of Southern California the County of San Bernardino is the largest county in the United States. Its vast borders stretch from the greater Los Angeles area to the Nevada border and the Colorado River encompassing a total area of 20,160 square miles. Comprised of 24 cities, the County of San Bernardino encompasses more than two million residents with a workforce exceeding 900,000. Its assets include an innovation corridor of close to two dozen colleges and universities supporting a strong, diverse workforce along with an unparalleled collection of roadways, runways and railways that lead to regional, national and international business centers. One of its transportation assets is the Ontario International Airport featuring the western hub for UPS. Visit www.SBCountyAdvantage.com.