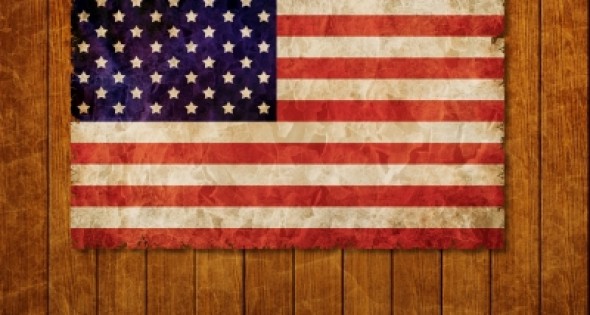 The Promise of Brand America

Are your employees achieving the American Dream?

Editor’s Note: This article exclusive is adapted from the 2012 American Dream State Ranking Report, with the permission of the Strengthening Brand America project.

The American Dream. It is the promise of our nation. Pursuit of the American Dream has been the inspiration for millions of immigrants who believe through hard work you can enjoy both prosperity and social mobility.

They leave their country of birth to forge a new path in a nation that declares:

“We hold these truths to be self-evident, that all men are created equal, that they are endowed by their Creator with certain unalienable Rights, that among these are Life, Liberty and the pursuit of Happiness.”

The results of a recent study tracking the achievability of the American Dream has ascertained business executives want their employees to achieve their dreams, and believe there is a true business benefit to doing so.

The Burghard Group executed a market research study among business executives to better understand the use of the American Dream Composite Index (ADCI) in economic development (97.6 percent of respondents were senior managers or CEOs; n=83).

The ADCI is a unique, robust measure of American sentiment and captures the essence of Americans aspirations. Xavier University in Cincinnati, Ohio, has created a monthly quantitative index that measures how we, as a nation, are doing in terms of our American Dream.

The ADCI is the culmination of more than three years of research and is the only statistically validated measure of the American Dream.

In collaboration with the team at Xavier University, The Burghard Group is pleased to provide this first ever 2012 American Dream State Ranking Report. It ranks the 50 states based on their success in creating the conditions that enable people living in their state to achieve the American Dream.

The results of the study indicate that executives are interested in knowing the ADCI score for locations where their employees work and live (87.3 percent indicated they want to know).

The survey uncovered a belief that there is a real business benefit to employees feeling that they are achieving the American Dream (89.2 percent indicated there is). The three highest ranked benefits were:

The survey also confirmed that executives would use the ADCI score to differentiate between locations that were finalists in the site selection decision process (63.9 percent likely to highly likely). And, they would be reluctant to relocate their business to another location with a lower ADCI score even if incentives were offered (31.3 percent unlikely to highly unlikely).

Net, business executives care about their employees achieving the American Dream. And, they will use the ADCI as an indicatorof whether a location will enable or impede achievement. In ahighly competitive global market, business executives want to capitalize on every possible advantage to improve shareholder return.

To the extent a location with a higher ADCI represents an advantage; executives want to leverage it in their company’s favor. The top states represent locations where businesses can expect to realize the benefits of having their employees feel they are achieving more of the American Dream.

The top states represent locations where businesses can expect to realize the benefits of having their employees feel they are achieving more of the American Dream.

Montana is the state where the American Dream is being achieved to the greatest degree. Montana’s ADCI score was 11 percent greater than the national average, and 3.5 percent greater than second place New Mexico. The state of Montana outscored national average on all five of the ADCI sub-indexes. It was one of only four states to deliver strong performance across the board (Idaho, Virginia and Minnesota were the other three).

Why are people living in Montana farther along in their achievement of the American Dream than folks in any other state in the nation?

One reason is that the state’s economic portfolio mix has provided a measure of stability relative to the national economy. Montana was cushioned by strong agricultural profits and a boom in the energy sector. The state’s real estate market benefited, and Montana’s state price index has consistently outperformed the national price index resulting in stable real estate values. In fact, new home building in Montana has outpaced national average over the last decade.1

This nation leading performance is supported by the vision of the newly elected Montana Governor Bullock as well as the hard work and dedication of the Montana economic development community, including the Big Sky Economic Development Organization.

When people feel in better control of their destiny, they also feel more positive about the progress they’re making in achieving the American Dream. A well-balanced and stable industry portfolio has underpinned Montana’s overall performance in enabling achievement of the American Dream.

In New Mexico’s economy, mining oil and the military have played an important stabilizing role. Future economic growth in New Mexico will be tied, in some degree, to continued investment by the federal government in existing military bases and national laboratories.

New Mexico scored high on the Societal Sub-Index. This sub-index measures perception that government, businesses and people are fair and trustworthy. New Mexico’s score most likely reflects the disproportionately high percent of residents who work for or with the government.

All of the top 10 states are great performance benchmarks to try and understand what is enabling people living there to better achieve the American Dream.

The American Dream Well-Being Index measures the extent of one’s contentment, health and prosperity in life.

The American Dream Societal Index measures the extent to which the government, businesses and people are fair and trustworthy.

The American Dream Diversity Index measures the attitudes toward the assimilation of differences in one’s community.

The American Dream Environment Index measures the extent of pollution in the air, food, water and land that one encounters on a regular basis.

There are no additional dimensions evaluated in this sub-index.

Xavier University’s American Dream Composite Index measures the extent to which people living in the United States achieve the American Dream. The ADCI is based on a random sample of no fewer than 1,000 adults per month. The 2012 ADCI represents an analysis of 12-months of survey data allowing for the presentation on a state level basis.

Questions about the ADCI? Visit www.xavier.edu/americandream.

About the Strengthening Brand America Project

The Strengthening Brand America Project, www.strengtheningbrandamerica.com, is an educational website to teach economic development professionals how to apply private sector branding principles to brand their community, region or state.

The American Dream Composite Index and sub-index rankings for all 50 states are also available. Questions about the business executive survey can be directed to Ed Burghard at eburghard@mac.com.