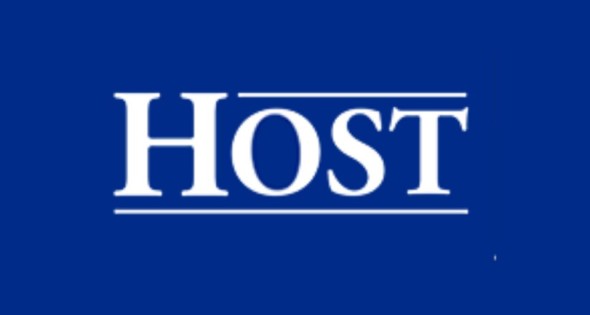 JEFFERSON PARISH — T. Parker Host (Host) announced the grand opening of the former Avondale Shipyards as Avondale Global Gateway. The former shipyard has been transformed during the past four years since its acquisition into a global logistics hub for intermodal commerce.

“Four years ago, T. Parker Host made a commitment to bring the Avondale site back into commerce, and with this announcement, it is clear that T. Parker Host is making good on this important promise” said Michael Hecht, President & CEO of Greater New Orleans, Inc. “Their vision for the future is exciting and will create significant jobs and value for Jefferson Parish and the GNO region. Further, T. Parker Host has established itself as a community leader, as evidenced by their major financial support of the NOLA Coalition.”

Situated on the Mississippi River, Avondale Global Gateway combines river, road and rail connections with ample storage and laydown space with a strategic location. Accommodating ships, barges, rail and trucks, the site offers immediate access to regional and interstate highway systems and is positioned at the interchange of six Class I railroads, creating capability to distribute cargo in all directions. Space is plentiful at Avondale, with almost 300 acres of for development directly ashore and 1.5 million square feet of convertible warehouse or manufacturing space, including indoor and outdoor Foreign Trade Zone storage.

“I am proud to be part of the Host team that took on the herculean task of transforming the former shipyard upon our acquisition in 2018,” Adam Anderson, chairman & CEO of T. Parker Host, said. “We have taken a site with great bones and repurposed it into a working, world-class multi-modal terminal with fully operating docks, working buildings and rail access at the site for the first time in half a century. Renaming the site to Avondale Global Gateway better represents what Avondale is now and will become as we continue our efforts.”

Since beginning cargo operations in 2020, Host has moved well over a million tons of breakbulk, bulk and project cargo across the docks and now has 300 employees on-site to support this continued growth with the expectation of hiring another 50 employees before the end of the year.

“This announcement marks a significant step in the trajectory the former Avondale site and Jefferson Parish, positioning both as a global destination for manufacturing and logistics,” said JEDCO President & CEO Jerry Bologna. “Avondale Global Gateway’s continued commitment to the strategic development of this iconic site and long-term investment in the community has the potential to generate thousands of new jobs for our residents and billions in economic output. This regional asset is well on its way to being recognized, once again, as a top economic driver in Jefferson Parish.”

Host has invested over $100 million in the redevelopment of the site and up to 1 billion in capital investments is expected by Host and current and future tenants, according to a recent economic impact study released by Dr. Stephen Barnes, director of the Kathleen Babineaux Blanco Public Policy Center. The master plan is expected to create a total economic impact of $32 billion in output and increase Louisiana payrolls by $8.6 billion by 2027.

“We felt the responsibility of bringing this site back into commerce in a way that pays tribute to its pasts and its connection to this community. The next phase of our redevelopment is to bring on anchor tenants that add value to Avondale,” said Anderson. “Now that we are open and fully capable of handling cargo with our cranes, docks and transportation connections we are looking to the future and how we can add value to the region in the form of jobs and economic development.”

Avondale has a long history as one of the state’s top economic drivers and at one point was home to the largest employer in the State of Louisiana. Before the 2018 acquisition by Host and Hilco Redevelopment Partners (Hilco), the site had fallen into disrepair with no docks, no rail connections and dilapidated buildings. Host worked through the challenges of record high water on the Mississippi River, which restricted work on all waterfront properties, and the COVID-19 pandemic transforming the idle site into a global economic gateway.

T. Parker Host is a total solutions provider for the maritime industry, specializing in agency services, terminal operations, stevedoring and marine assets. Founded in 1923 and guided by its Core Principles, the company has developed a strong reputation in the maritime community for its expertise, transparency and high standards of service. The entire HOST team focuses on customer needs while adding value to every operation. In 2018, HOST acquired the former Avondale Shipyard located at mile 108 of the Mississippi River. Learn more at www.tparkerhost.com.