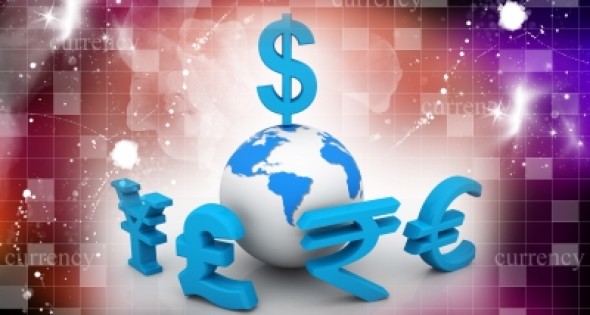 “We have a dedicated, highly productive workforce allowing companies to thrive and succeed,” Briley says. “A key component to that success is access to supply chain, and access to what is now a true global economy.”

At the local level, Richmond area officials are preparing for next year when it will host the World Cycling Event. “It’s the first time it’s been held in the U.S. in about 20 years,” explains Greg Wingfield, president and CEO, Greater Richmond Partnership, who is looking forward to the worldwide exposure the event will provide.

At the Port of Virginia, officials have received approval to modify the port’s foreign trade zone, so now the city of Virginia Beach and its surrounding area are zoned for foreign trade.

“All they have to do is activate their property,” says Scott Hall, business development coordinator, Virginia Beach Department of Economic Development. This process takes 30 to 45 days, he says, instead of the 12 to 18 months needed before the rezoning.

In Nottoway County, a new Foreign Affairs Security Training Center is scheduled to be finished in 18 months. It will provide training for ambassadors, contractors, military personnel, intelligence agencies, and “anybody who has anything to do with foreign affairs,” says Beverley Hawthorne, director of community development, Lunenburg County Economic Development.

There are many businesses that will spring up in the supply chain for the training center, as Hawthorne points out, and she says it will directly create about 1,800 jobs. That’s good news for Lunenburg and Nottoway counties, both of which are part of the regional economic development agency Virginia Growth Alliance.

“Virginia’s only challenge,” Briley says, “is to enhance our visibility. As our story gets told, our success increases.”
Industries and Innovations
“Our manufacturing is going gangbusters — both domestic and international firms,” Hall says about Virginia Beach’s current increase in manufacturing investments.

“Manufacturing is alive and well,” Briley says, pointing out that based on 2012 annual employment data aggregated to two-digit NAICS, Virginia’s manufacturing sector is estimated to support $172.8 billion in annual economic output this year.

The types of manufacturing in Virginia are diverse, from advanced aerospace manufacturers like Rolls-Royce in Richmond to the headquarters of power tool manufacturers Stihl in Virginia Beach, to the Corsi Group’s custom cabinetry in Charlotte County. Virginia Beach is also home to IMS Gear, a German manufacturer of gear assemblies for automotive seats that Hall says holds half the U.S. market share and just announced a $35 million expansion.

Anord Critical Power Inc. of Ireland announced a $5 million expansion in the Richmond area, Wingfield says. Anord has been manufacturing electrical components for more than 40 years and will be making components for data centers in the Virginia facility.

“In Lunenburg, we’re probably focused on the wood industry, sewing operations, and specifically supporting bringing things back from overseas,” Hawthorne explains. “We have STEPS, a training facility for sewing operations. It’s geared toward people who are somewhat disabled, and it gives them an opportunity to go to work.”

Virginia Beach has started a bioscience initiative and will be “establishing a biopark to take advantage of some of our bio resources here,” Hall says. “I think it’s going to allow us to really support entrepreneurial efforts and independent research in diabetes and regenerative medicine.”

“One of the assets we have for retail is the tourism market here in Virginia Beach,” Hall says. The area sees about 12.5 million visitors a year, Hall says, and they have average annual incomes of about $100,000. He says that has helped the retail industry rebound in “a huge way” the last 18 months in Virginia Beach.

Talent and Education
“We have the highest percentage of high tech workers per capita in U.S.,” Briley says of the whole state. “That industry can be defined in many ways,” he further explains, but he says that “The high-tech workforce and global access allow for success in the business world.”

Virginia is 11th in the nation for volume of postsecondary students, which Briley says has become a “pipeline of talent that complements and attracts more talent.”

“We’ve got 30 colleges and universities and 14,000 students graduating yearly,” Wingfield says of the Richmond area. These schools are ranked highly in engineering, medicine and advertising.

Hall says that Virginia Beach’s Mechatronics Workforce Development Program (MWDP) provides “strong support for our existing manufacturing base and for companies looking for a new place to locate.”

MWDP starts training high school juniors to work on the floor of manufacturing facilities right out of high school, and gives them the knowledge and experience they need to advance with further training and degrees in manufacturing and management.

Virginia’s fledgling Workforce Job Investment Program pays “new businesses that come here for the jobs they create and the amount of training the person has to receive,” Hawthorne says. “It’s a good thing for the companies that are moving here that have to train all these people. They get paid back quickly.”

The workforce participants in primarily rural Virginia counties like Lunenburg are few in number, but they “are used to driving 30 to 50 miles to work,” Hawthorne points out, adding, “We do have hardworking folks.”

Assets
The Port of Virginia is the only port on the Eastern Seaboard that can already accommodate post-Panamax ships even at low tide, Briley says.

The seaport is complemented, he adds, by the 14 airports in the state including Washington Dulles International.

“International companies are here because of this connectivity,” Briley explains.

Richmond has “very good access to the Port of Virginia,” Wingfield says. They have river access via the James River and the Port of Richmond and road access via Interstate 64. They are also equidistant from Boston and Atlanta, and within overnight delivery reach of two-thirds of the population on the Eastern Seaboard.

Digital access is also a priority in Virginia. Mid-Atlantic Broadband Communities Corp. “has run broadband to all our industrial parks in all our counties in the region,” Hawthorne says.

Her region is along the southern border in the mid to eastern portion of the state. The broadband connection is doubly and triply redundant to protect companies that rely on consistent Internet access.

Another asset for the commonwealth is VirginiaScan, an online site selection tool that allows companies to input their site requirements into a search engine and see what available sites fit their needs.
Lifestyle
“We have a good quality of life,” Wingfield says. “That’s kind of the calling card of Virginia.” The commonwealth does have a lower than average cost of living as well as access to both beaches and mountains.

“There’s 400 years of American history here,” Briley points out, listing the Jamestown settlement and the Virginia Co. from 1607, battlefields of the Revolutionary War, the Civil War and the War of 1812, and the homes of presidents and formative citizens of the United States.

“Aside from the beach,” Hall says, “there are over 100 miles of trail systems in the city of Virginia Beach. One of our accolades is that we’re one of the fittest cities in America.”

He says that the life balance available in the city is a big part of what makes them attractive to international firms. It also helps that Virginia Beach is near European time zones.

“It’s a good place to raise your family, and has an excellent school system,” Chapleau adds.

Virginia doesn’t neglect health care either. “We’ve got more than 4,100 doctors here in the Richmond area,” Wingfield says, and that includes the ones who work at the University of Virginia’s Medical College Hospital or for Succors, HCL and HCA.