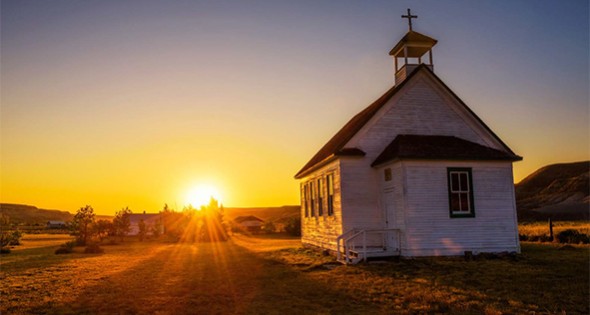 Alberta, the fourth largest province in Canada, has the Canadian Rocky Mountains to its west and vast prairies and badlands on its east border. Their population of more than four million features a heavy concentration in two major urban centers—Calgary and Edmonton.

After a slight downturn in 2015-16, Alberta’s economy is thriving and leads the nation in economic growth for 2017. Featuring a competitive tax structure, a diverse and resource based economy, and the highest labor productivity in Canada, companies would be smart to take advantage of Alberta’s business friendly legislation and new government development programs.

Another growing sector is clean technology (Cleantech) which offers untapped investment opportunities for growth and earning potential across a number of sectors, from agriculture to software, as the province transitions to a cleaner economy. The local government is firmly committed to a clear future and implemented progressive policies and strategies such as the Alberta’s Climate Leadership Plan, the Alberta Jobs Plan and the Climate Change Innovation and Technology Framework to create niche investment opportunities in Alberta.

Alberta’s stance on small businesses and entrepreneurs is welcoming. This sector contributes more GDP per capita than small businesses anywhere else in the country, injecting an estimated $100 billion per year into the economy. Government programs and service providers across the province help Alberta small businesses access by offering advice and coaching, financing and training, and information about market expansion and tax credits. Since it launched in 2009, the Innovation Voucher program awarded nearly $40 million to almost 1,100 projects by small technology and knowledge driven businesses across Alberta.

Spending on digital transformation in Alberta should top $18B through 2022. Digital technology is poised to disrupt virtually every aspect of business as the growing connectivity between people, machines and organizations dramatically alters the business models for companies across all industrial sectors.

As business embraces the new economy, the scope of the opportunity is becoming clear and companies are now forecast to spend $18.4 billion on digital transformation across all industries in Alberta through 2022 as expenditures steadily ramp up.

Spending on digital transformation in the province, much of it driven from Calgary, is forecast to grow at a compound annual rate of 20 per cent over the next three years as disruptive technologies like artificial intelligence (AI) begin reshaping our economy.

The forecast on digital transformation, or DX, as it is known in the tech sector, was compiled for Calgary Economic Development by the consultancy International Data Corp. Canada.

Calgary is the first city in Canada to forecast the digital spend across its key industries in areas such as AI, the Industrial Internet of Things (IIoT), next generation security, 3D printing, augmented reality/virtual reality (AR/VR), and robotics.

Innovation is one of the four pillars of the Economic Strategy, Calgary in the New Economy, for the city that was approved in 2018.

The impetus for companies to increase spending on DX is a competitive edge as digitization is poised to disrupt all key industries.

The energy industry is expected to account for about one quarter of the total investment in digitization in Alberta. However, most of the spending will occur in diverse sectors including creative industries, manufacturing, logistics, financial services, life sciences, and agribusiness.

The data form IDC Canada forecasts that agribusiness will be the fastest adopter of digitization.

The forecast was released by Calgary Economic Development in May during Collision, North America’s fastest growing tech conference, and provided the 25,000 delegates attending Collision more perspective on the growing tech scene in Calgary.

The research underscored the employment opportunities in Calgary for top talent looking to resolve real-world challenges in areas such as cleaner energy, safer food, better health, and safer transportation of people and goods. With more than 2,000 tech jobs currently open in Calgary, the opportunities for tech workers are here now.

“We intend to be disruptors in industry in the new economy, not the disrupted,” Mary Moran, President and Chief Executive Officer of Calgary Economic Development, told journalists attending the conference that attracts top talent and innovative companies globally.

Calgary has a fast-growing tech ecosystem and the goal of the study was to quantify the spend for the engines of growth and innovation to ensure companies and top talent realize the scope of opportunity we have to take on global challenges.

Of the $18.4 billion companies will spend on digital transition in Alberta over the next three years, $7.5 billion will be spent directly in Calgary.

As the country’s energy capital, Alberta accounts for about one-third of all the spending on digitization of the vast network of energy systems across Canada. About $4.2 billion of the overall spend in the sector nationally is forecast to be by companies in Alberta in oil and gas, electric utilities and power companies, renewables and cleantech.

The companies – and the people – that embrace change, adopt new technology and adapt to the new realities will have best opportunities to succeed in the new economy.