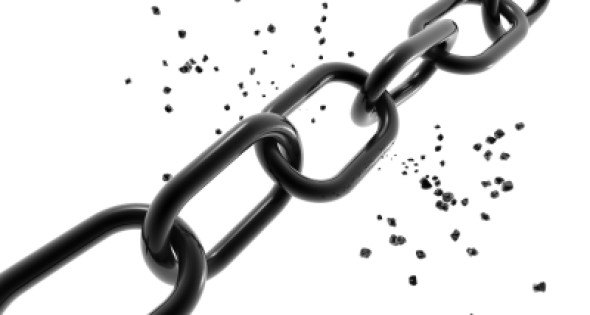 Arizona is one of those success stories that came from surviving the depths of a bad housing market over the last few years, operating with a balanced budget while turning its attention to knowledge-based startups that keep propelling the state’s positive gains.

Highlights of the fiscal year 2014 budget as announced by Gov. Jan Brewer in June include keeping the state’s $450 million rainy day fund intact; funding a number of important information technology projects with an additional $35.8 million from the general fund to supplement revenues already in the Automation Projects fund; and working towards a structurally balanced 2016 budget with a $100 million surplus.

One of the incentives offered through the Arizona Commerce Authority (ACA) is the Arizona Innovation Accelerator Fund, an $18.2 million loan participation program to stimulate financing to small businesses and manufacturers, in collaboration with private finance partners.

To support that incentive, the ACA created the Arizona Innovation Challenge (AIC), a biannual business plan competition that awards qualified innovative start-ups and early stage companies up to $250,000 each in grant funding capital to grow their businesses. The ACA commits $3 million each year to the AIC. All semifinalists will be considered for participation in Venture Ready, the ACA’s mentor program that connects early stage companies with high-level CEOs and serial entrepreneurs.

The executive budget summary reports that the state will be taking additional steps to modernize state government and strengthen Arizona’s position as a global competitor.

Arizona is after high-tech companies and jobs, and the economic developers in many parts of the state are seeking to promote the amenities of their cities to those types of companies.

For example, global positioning satellite device maker Garmin is expanding operations in Chandler, set to build a 60,000-square-foot building in the Chandler Corporate Center where it has leased space for five years. The company will add 141 new software jobs over the next three years and has committed $11 million in capital investment. This is the third expansion for Garmin in the area. Construction is expected to be completed in the first half of 2014.

GoDaddy, a top Web platform for small businesses and the world’s largest domain name provider, is also expanding. Headquartered in Scottsdale, it is one of the largest employers in the valley with more than 2,600 employees across 10 locations in greater Phoenix. The company is planning a two-story, 150,000-square-foot facility, the GoDaddy Global Technology Center, in the heart of the Arizona State University Research Park in Tempe, and creating space for 1,300 new jobs.

Data centers are a big focus on several fronts for the Salt River Project (SRP), says Ed Grant, the senior project manager for economic development at SRP. He cited a bill passed in June that was advanced by the newly formed Arizona Data Center Coalition, a group of data center operators, realtors and economic developers founded in 2012.

The package of incentives in the bill offers retail sales tax privileges to data centers that make a minimum investment — $50 million over five years in the metro areas and $25 million in more rural areas. “If they make that investment, they are eligible for these exemptions for 10 years,” Grant says. “It can go up to 20 years if the facility winds up being sustainable and Leadership in Energy and Environmental Design (LEED) certified.”

In Prescott Valley in northern Arizona, there has been a large increase in IT development as well, in back office operations, and in the potential development for recovery and backup locations for those Phoenix data centers.

These are businesses such as Prescott Aerospace Inc., a military parts supplier for F16 and F18 jets, plus Apache AH 64 helicopters; and Yampa Precision Manufacturing, Inc., a precision machining shop.

MCED is also working with on a recently approved $600 million, 500 MW wind farm, the BP Wind Energy North America Inc. project, about 40 miles northwest of Kingman where 243 wind turbines will be constructed on about 40,000 acres of federal lands.

Finding the right employees with the right skills has become more of a challenge across the state as the economic recovery continues and new business opportunities arise.

One example is in Mohave County, where the workforce department, working closely with Laron Inc., an advanced machining and fabrication company in Kingman, implemented the grant-funded initiative Laron Expanded Apprenticeship Program (LEAP). The county staff helped recruit employers who had the need to create a training pipeline and “grow their own” journeyman machinists, millwrights and welders, says Bratley in an email correspondence. “These types of skilled workers had been difficult to find in this area. So Laron created their own apprenticeship approved by the Arizona Commerce Authority and the U.S. Department of Labor.”

The state’s focus on partnerships and collaboration for workforce development is impressive. For example, Prescott Valley is in the process of building a free-standing joint venture new education program with Yavapai College and Northern Arizona University, and, working in conjunction with the PVEDF, will open in about three years, Marks notes. “It’s a new education system. In Arizona, we want to reduce the cost of undergraduate and graduate degrees, while at the same time expediting getting those degrees by getting into a three-year program for graduation.”

Flagstaff has received additional funding through the ACA and Northern Arizona University to build the first phase of a 25,000-square-foot science park that will eventually become 70,000 square feet when complete. It is expected to open in 2015. “The main purpose is to expand space for companies to grow with light manufacturing spaces and office space and lab space,” says Russ Yelton, the president and CEO of the Flagstaff business incubator, the Northern Arizona Center for Entrepreneurship and Technology.

There are six major U.S. interstates that criss-cross the state — interstates 8, 10, 15, 17, 19 and 40 — making Arizona well-positioned for the transportation of international imports and exports throughout the west and southwest.

For example, in May 2006, voters in Tucson approved a comprehensive bus transit/streetcar/roadway improvement program. The centerpiece of the plan is a light rail streetcar system that will travel through the downtown area, connecting the main University of Arizona campus with the Rio Nuevo master plan area on the western edge of downtown.

Light rail ridership in the Phoenix area, although fluctuating on a seasonal basis, has stayed consistent over its four years of service. With the opening of the Sky Train in April 2013, there is now an easy way for passengers from Sky Harbor International Airport to connect to the metro light rail in Phoenix. Currently the Sky Train connects the light rail station at 44th Street and Washington Street to terminal 4, with a stop at the east economy lot along the way. Expansion to terminal 3, with a walkway to terminal 2, is scheduled for completion in early 2015.

Arizona has nearly a full year of sun — 320 sunny days — with plenty of places to hike and explore, including one of the wonders of the world (the Grand Canyon).

It is one of the youngest, fastest growing states in the country, with a population of 6.4 million and a median age of 36.

This desert state is also home to nearly 20 Native American tribes — including the Hopi, Navajo Nation and Apache tribe — and promotes that culture throughout the state.  One example is the world-famous Heard Museum in Phoenix with two other community locations in Scottsdale.  Drawing from its collection of 40,000 objects of native culture and art, the 130,000-square-fooot museum showcases 12 exhibit galleries.

Arizona is a growing state for technology businesses, with more than 110,000 employed in that sector earning an average salary of $90,000 — and more on the way from incubators and other technology development resources. But there’s a catch to building a successful tech start-up, and being involved in an incubator early is the key to getting it right.

NACET’s Yelton says that what he wants to do is give the entrepreneur all the tools to make the right decisions to grow a business. He cites figures from the Small Business Administration that shows that of all small businesses that are begun, in five years, 80 percent of them are out of business.“But companies coming out of incubators have the exact opposite outcome — 80 percent are still in business in the communities where they were incubated,” Yelton says.

Rock climbing, desert and mountain biking, skiing, bird watching and golfing top the list of activities in southern Arizona. The region is home to Kartchner Caverns, a 550-acre state park with spectacular caves and hiking trails, and Saguaro National Park, where you can see forests of huge saguaro cacti.