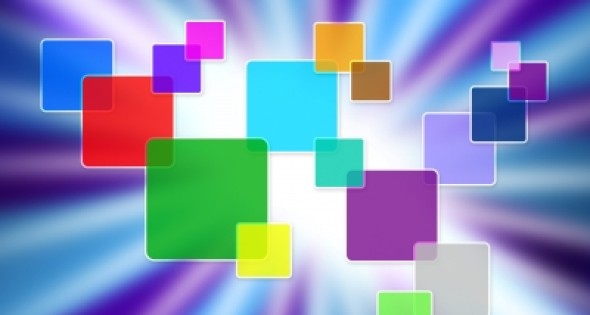 Business development incentives in Arizona have kept this Sunbelt state on the radar of economic developers who like the location of the state near the ports of Southern California, but are also intrigued by the suite of incentive offerings from the Arizona Commerce Authority (ACA).
Based on research at the ACA website, one of those programs is the Arizona Innovation Challenge (AIC), a business plan competition that awards qualified, innovative startup and early stage companies capital to grow their business in Arizona. The ACA awards $3 million every year to the most innovative companies.
Winners are commercializing their technologies such as advancing solar technology on the global landscape, creating more effective ways of detecting breast cancer and streamlining blood-testing techniques to improve the diagnosis of multiple sclerosis.
Based on press materials, another of the nearly dozen incentive programs offered by the ACA is the Arizona Innovation Accelerator Fund, an $18.2 million loan participation program to stimulate financing to small businesses and manufacturers, in collaboration with private finance partners, to foster business expansion and job creation. The fund is funded through the U.S. Department of Treasury’s State Small Business Credit Initiative. The goal of this program is to stimulate financing of small businesses and manufacturers, while fostering business expansion and job creation in the state of Arizona.
Yet another program is the Quality Jobs Incentive, which provides income tax credits of up to $9,000 for each new quality job created.
The ACA is also conducting an Innovation in Advanced Manufacturing Grant Competition to support and grow southern and central Arizona’s aerospace and defense industry and its supply chain. This grant will fund projects that develop innovative new tools and technologies that reduce energy consumption for older generation machine tools and foster working relationships between industry small to medium-sized manufacturing enterprises and third-party solution providers. Multiple competitive awards (up to $75,000 each) totaling $300,000 will be made this year. The ACA and the U.S. Department of Energy’s Advanced Manufacturing Office have teamed to provide the tooling and machining industry with technical assistance and solutions to improve energy efficiency of these older generation machine tools.

Industries and Innovations
Goodyear Tire and Rubber (Kingman), American Woodmark Corp. (a cabinet manufacturer also in Kingman), Sterilite Corp. (a plastics products company in Lake Havasu City) are all strong businesses in the Mohave County area.
According to email responses to questions, Bennett Bratley, Mohave County’s economic development director, says the county is looking to attract specialized manufacturing industries involved in the production of high value-added hard goods, ranging from composites to metals to plastics to refractory materials.
A recent expansion in the county is Texas-based Scot Industries, a tubing, piston and bar distributor now in a 60,000-square-foot facility in Kingman. The county has also been working with BP Wind Energy-North America on an $600 million, 500-megawatt wind farm project on 38,000 acres of federal land near Squaw Peak. There will be an estimated 350 workers employed during the construction phase of that project.

Talent and Education
Bratley writes the Mohave County Workforce Department worked closely with Laron Corp. in the implementation of the Laron Expanded Apprenticeship Program. Laron is a machining, fabrication, millwright services, electrical equipment repair and manufacturing, new equipment sales and predictive maintenance supporting the mining, manufacturing, power generation, gas transmission and construction industries. Laron has four large facilities which provide 231,000 square feet of repair, manufacturing and machining capability.
The staff helped recruit employers who had the need to create a training pipeline and “grow their own” journeymen machinists, millwrights and welders. “These types of skilled workers had been difficult to find in this area,” Bratley notes. “So that is why Laron created their own apprenticeship program approved by the ACA and the U.S. Department of Labor.”
Micah Miranda, economic development director for the city of Maricopa, says the city has really embraced the green mentality, which has helped attract employers to the area, such as Pinal Energy, Arizona’s first ethanol plant, which has created 50 million gallons of ethanol a year since the facility first went into production in 2007. “We are working with a number of other projects right now that are interested in leveraging the city’s agritech history into cleantech business ventures,” Miranda says. “What that really means is that we are drawing upon our history as an ag-based area, but developing next generation technologies from it. So from a community development perspective, it’s allowing us to embrace our history while still using those roots to drive economic development forward.”
Assets
One of the biggest projects in the state is the PV303 business park, on a plot of land on the west side of Phoenix that can accommodate approximately 20 million square feet of diversified product ranging from office space to industrial space, warehouse and distribution space, manufacturing and e-commerce fulfillment facilities.
The site was purchased by Sunbelt Holdings in the middle of 2010. “The park’s master plan was created with another company and the city of Goodyear, and had a lot of residential components,” says Sean Walters, CEO, Sunbelt Holdings. “But they had worked their way over to the industrial commercial component of the master plan, which is about 1,600 acres, and actually built the first spec building — a 440,000-square-foot shell.”
Kevin Czerwinski, president of Merit Partners, Inc., a property developer based in Scottsdale that is working with Sunbelt, says with that Interstate 10 infrastructure connection, some “household names” have already made bets on coming to the park: Subzero Wolf, in a 440,000-square-foot building, and Dick’s Sporting Goods, in 625,000-square-foot distribution facility.
PV303 is near the Southern California market, Walters says, so it benefits from a transportation standpoint to access ports in San Diego and Long Beach as those transportation costs become higher. “Plus, trucks don’t have to drive into the city or through the city to access this business facility,” he says.
As an added bonus, Walters says that the park is located where there is a great labor pool that wants to be able to stay and work in that western part of Phoenix. “Because that would be a reverse commute for a lot of employees,” he says. “Employees of companies in the park won’t have to go toward the town and line up on I-10 heading into town during rush hour here, which is quite busy.”
Walters says that with the work of the ACA and the Greater Phoenix Economic Council, the state has become more business friendly. “There are streamlined regulations regarding permitting,” he says. “There are good job training programs and grants that allow companies like us to move quickly and accommodate the changing demands of our users that are showing up for the master-planned park.”
Czerwinski says that it is worth noting that over the last eight years or so, the state has done an amazing job in diversifying the base. “The transportation infrastructure, both at the Sky Harbor Airport and from the interstate standpoint, and the right to work state — things like that really helped the state attract a number of different companies that were not here before.”

Sunbelt is opening spaces for development in the PV303. The company has the ability today with shovel-ready sites to build buildings up to a half million square feet or larger, with a range of buildings from a minimum of 40,000 square feet to deals as large as 1.8 million square feet.
Space, location and infrastructure are some of the critical assets found in Arizona. Another, in a state known for high energy usage throughout the year as with most Sunbelt states, is power.
Ed Grant, senior project manager for economic development for the Salt River Project (SRP), a utility based in Phoenix, says that his company is working in collaboration with several regional partners and initiatives through the ACA, along with GPEC, which is the city’s public-private economic development arm.
ACA, he says, has targeted the Apple sapphire glass factory in Mesa, an energy-intensive manufacturing operation, where the value proposition of SRP by attracting manufacturers because of their low cost and reliable power is “an excellent component of our collective value proposition,” Grant says, and one that “has resonated very well with manufacturers.”
Grant says the SRP also focuses on data centers because those businesses use water, power and telecom, which are all the industries that SRP is involved in. He says that many of the prospects that are coming into the area also have some high green/sustainability goals. “So we have developed a suite of options that we are able to deploy and meet those goals,” he says.
Grant says that SRP has a goal of having 20 percent of its power generation come from renewable sources by 2020. “At the end of the day, green power is important to those companies, but the reliability of power that we provide through a different set of generation fuels is really what is key to them.”

Off road dirt driving recreation includes access to popular spots such as the Arizona Strip, a vast region of Arizona north of the Colorado River. Much of this remote and largely unsettled area is traversed by more than 5,000 miles of dirt roads. Road conditions range from well-maintained graded roads, to high clearance two-tracks, to challenging routes that require 4-wheel drive vehicles.