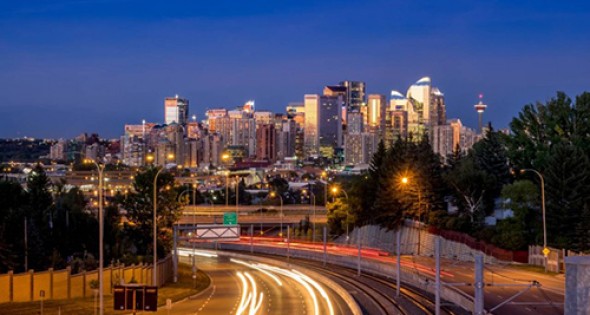 A vibrant Rivers Cultural and Entertainment District that is a magnet for Calgarians and a draw for people coming to the city aligns with the vision for Calgary as a dynamic place where people want to be in the economic strategy Calgary in the New Economy.

The Rivers District is an ambitious new municipal development initiative in historic Victoria Park east of downtown. It will be anchored by a number of signature infrastructure projects that will create a central destination where Calgarians will gather to build relationships and make stronger connections with the city.

Both the expansion of the BMO Centre and a new event centre are part of a bigger municipal vision. They are aligned with the plan for the Rivers District and broader economic strategy that council unanimously approved a year ago to drive growth in the city.

Place is one of the four pillars of the economic strategy.

Calgary is a city that is a great place to make a living and to make a life. It is a place where people can make a real difference in the world and there is a sense of “place” here that attracts the best and brightest from around the world.

Both the BMO Centre expansion and the event centre are long-term investments that enhance Calgary’s quality of life and our reputation as a city. They will be catalysts for further growth in the underdeveloped lands around the Calgary Stampede grounds with showcase facilities to support culture, entertainment and tourism.

In 2023, the newly-expanded BMO Centre will be a major venue as Calgary hosts the 24th World Petroleum Congress and showcases the city’s role as a global leader in creating solutions to our energy challenges.

The next year, the Calgary Flames will open the NHL season in a spectacular new arena for pro sports and top entertainment acts that will be the focal point of the revitalized neighbourhood. The additional private-sector investment will enhance property values in the neighbourhood as well as help established businesses and attract new ones.

This January, Calgary Economic Development and Calgary Municipal Land Corporation presented council with an economic impact assessment of the Rivers District revitalization that identified three major projects – expansions for Arts Commons and BMO Centre, and the new event centre – as the key catalysts for redevelopment.

“Investing in infrastructure for arts, culture and recreation is particularly important when a city is trying to rebuild its economy,” says Mary Moran, president and chief executive officer for Calgary Economic Development. “Investment in the community helps create a strong sense of attachment to Calgary for our citizens and helps immensely in recruiting top talent and companies that will contribute to our evolving economy.”

The infrastructure and facilities put in place in this economic downturn are important to generating new business opportunities and fostering a greater sense of attachment to the city as they advance the overall strategy to create a prosperous future.