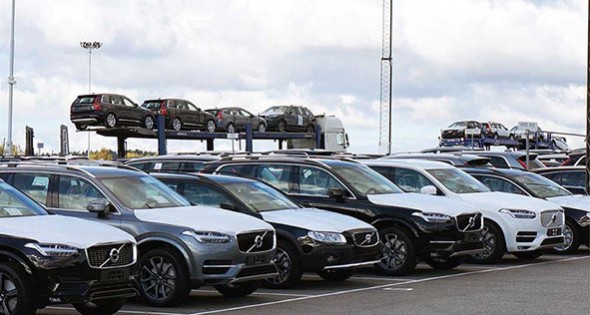 Cars Will Soon Be Able to Deliver Themselves

About 80 million vehicles are produced around the world every year, but the logistics for transport from the factory to the end customer are extensive, costly and completely manual. The Swedish research project Born to Drive has developed a new software solution that lets the vehicles move themselves.

A vehicle is moved about 25 times manually before it reaches the end customer. New research shows how cars can be transported through the logistics chain without a driver.

The system was developed by Semcon in collaboration with seven other companies. A prototype is already up and running.

“We are seeing autonomous technology starting to become a reality in more and more industries,” says Markus Granlund, CEO of Semcon. “The technology is now ready to move from vision to practical application. The transformation will be rapid.”

Currently, Born to Drive is designed to steer vehicles from the production line out to a collection point to await further transport. But the system can be evolved to streamline other parts of the logistics chain, such as moving the vehicles onto trucks, trains or ships. The new software works with the sensors that already exist in today’s vehicles, which means that no extra hardware is needed.

“What makes Born to Drive unique is that it is entirely a software solution,” says Johan Isacson, Project Manager for Born to Drive. “This makes the system both cost-efficient and scalable. Since there is already a working prototype, the system could be implemented within just a few years.”

Besides the software in the vehicles, Born to Drive also consists of a back-end system. The system controls the entire logistics flow and keeps track of the cars’ locations and fuel levels.

Born to Drive has been under implementation for two years and is a collaboration between technology companies, government agencies, component manufacturers and Volvo Cars. Semcon has had a central role in the project, with overall technical responsibility including the development of the vehicle’s control algorithms, positioning and communication with the traffic routing system.